What Was The Best-selling Car For Each Top Brand In 2021? 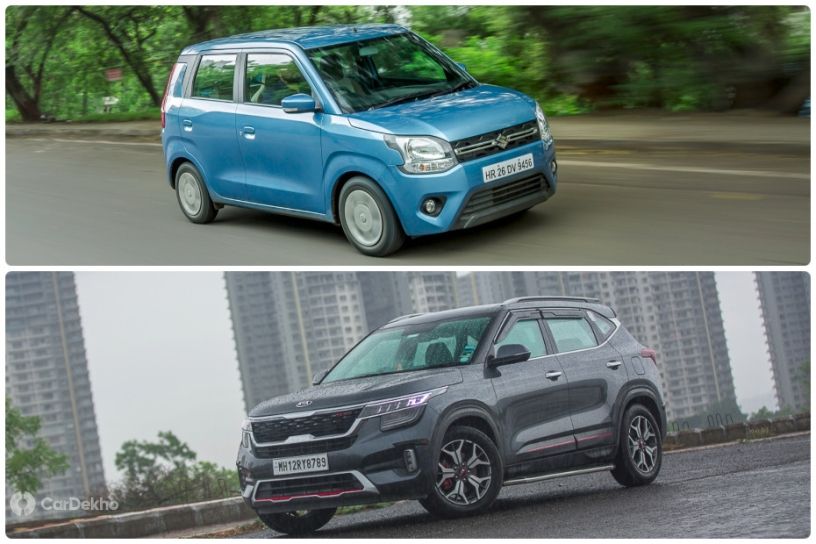 The automotive industry experienced a fair share of ups and downs throughout 2021 in terms of demand and production. The pandemic, supply chain issues and semiconductor shortage have been common hindrances for all manufacturers over the past year. Of course, December figures are not out yet, but let’s see which car was the highest selling model for top brands in 2021 so far (January to November 2021):

The iconic tallboy was the country’s best-selling car in 2021. It is offered with the choice of 1-litre and 1.2-litre petrol engines with both manual and AMT options. There’s a CNG option too. The Wagon R offers good value for the price, with its roomy interior and features like keyless entry, manual AC, and an audio system with steering-mounted controls. Its top trim further includes a 7-inch touchscreen infotainment system, power folding ORVMs and fog lamps.

Maruti had multiple models garnering over 1.5 lakh sales during the same period, including the more premium Swift and Baleno hatchbacks. There’s a facelift coming for the Wagon R in 2022, so you might want to wait for that if you’re planning to get one too.

While there is no doubt that the Creta SUV is the star of Hyundai’s lineup in India, the fact that it was the brand’s highest-selling model at its premium price is impressive. It is offered with a range of engines and transmissions: 1.5-litre petrol (MT, CVT), 1.5-litre diesel (MT, AT), and 1.4-litre turbo-petrol (DCT). The Creta is among the best-equipped offerings in the segment with its panoramic sunroof, connected car tech, ventilated front seats, up to six airbags and 10.25-inch touchscreen infotainment system. Its second-gen version arrived in 2020 and a facelift is due to arrive in 2022 or early 2023, with some design updates.

The Nexon sub-4m SUV is Tata’s best-selling model of 2021. It is offered in many variants with a choice of petrol, diesel and electric powertrains. The Nexon has played a major part in Tata’s resurrection in the passenger vehicle space and has helped it earn the market share it currently holds. Its distinctive design with the sporty roofline and features like connected car tech, digitised instrument cluster, and multi-drive modes make it a good value proposition. The Tata SUV also attracts buyers with its 5-star Global NCAP safety rating.

The Seltos was Kia’s debut model for India in 2019 and it continues to be the brand’s best-seller. It is possibly the most feature-rich offering in the compact SUV space with a heads-up display, built-in air purifier with perfume diffuser, 7-inch digital display in the instrument cluster, 360-degree parking camera and connected car technology. Kia offers it with the same three engines as the Creta but more transmission options: 1.5-litre petrol (MT, iMT*, CVT), 1.5-litre diesel (MT, AT), and 1.4-litre turbo-petrol (MT, DCT). Despite its high prices, the Seltos managed to garner sales of over 94,000 units in the last eleven months.

Mahindra is revolutionising the SUV space with its new-gen models in the last couple of years, like the Thar and XUV700, but its top seller is still the Bolero. It is a proper workhorse built to last with a large fanbase in areas where the terrain is tough. The Bolero is offered with a 1.5-litre diesel mated to a 5-speed manual and there’s no automatic option. It still gets AC, a Bluetooth-enabled audio system, and keyless entry. These figures likely include the new Bolero Neo (a facelifted version of the TUV300) which also caters to the more urban crowd with added comforts and features like cruise control and a 7-inch touchscreen infotainment system.

The Toyota Innova Crysta MPV continues to operate without a direct rival in India. Perhaps that is why it was the carmaker’s best-selling model in 2021 despite having two Maruti-based offerings in the stable. It is offered with the choice of petrol and diesel engines, each with manual and automatic transmissions. The Innova’s features list is somewhat dated but still well-equipped for passenger comfort. It gets the choice of a bench or captain seats in the middle row, the latter offering a more premium cabin experience. Toyota’s MPV is more premium than the likes of the Mahindra Marazzo or Maruti Ertiga but below the likes of the Kia Carnival. Meanwhile, the latest batch of three-row mid-size SUVs don’t meet the same needs as an Innova Crysta.

The Honda Amaze is the brand’s most affordable offering and also the best-seller for 2021. It even got a mild facelift in August for an updated front fascia. The Amaze is still offered with 1.2-litre petrol and 1.5-litre diesel engines, each with the choice of manual or CVT automatic transmissions. It continues to be a more premium rival to the Maruti Dzire with a nicer interior and its comfortable ride quality. The Amaze’s features list includes LED lighting, cruise control, a 7-inch touchscreen infotainment system, and paddle shifters (CVT only).

2021 was a big year for Renault with the launch of the Kiger sub-4m SUV. But the French carmaker’s highest-selling model for 2021 was still the entry-level Kwid with over 30,000 units sold. The Kwid continues to be popular among first-time buyers for its funky design and features list that includes dual front airbags, keyless entry, remote keyless entry and even an 8-inch touchscreen infotainment system. It is offered with the choice of 0.8-litre and 1-litre petrol engines, the latter getting the option of an AMT as well.

Skoda launched the Kushaq compact SUV in India in mid-2021 and has already garnered sales of over 11,000 units. That’s nearly double the sales of the Rapid sedan for the whole of the year. It is a premium offering that offers features like ventilated front seats, cruise control, ambient lighting and up to six airbags. The Kushaq is offered with two turbo-petrol engines, each with manual and automatic transmission options: a 1-litre TSI (MT, AT) and a 1.5-litre TSI (MT, DSG).