While the Signature (O) AT is now available as 6- and 7-seaters, the dual-tone versions of the said trim continue as 6-seaters only 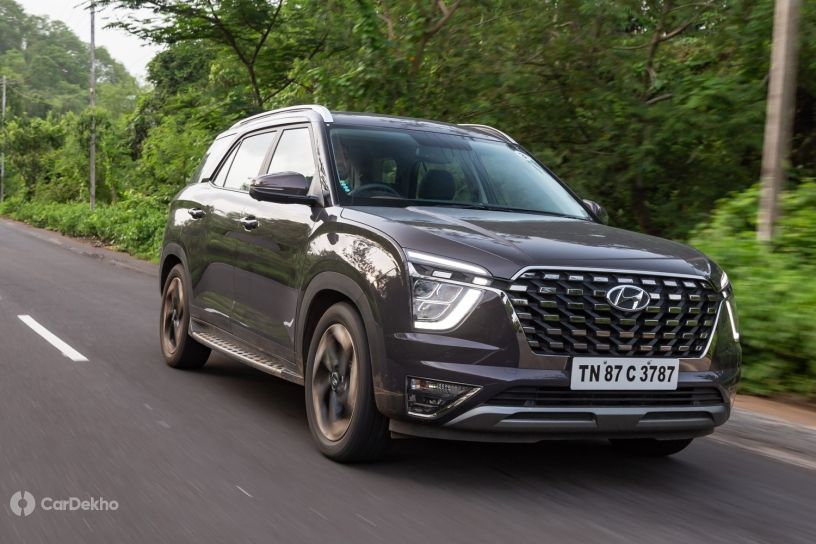 Until now, the Hyundai Alcazar’s range-topping Signature trim with the automatic transmission was available only as a 6-seater. However, the carmaker has now launched the 7-seater version of the said trim, providing it with petrol and diesel engines. Here’s how they are priced compared to their 6-seater counterparts:

As seen in the table above, the newly launched 7-seater variants of the Signature automatic are Rs 15,000 more affordable than their 6-seater counterparts. On the other hand, the Signature (O) AT dual-tone variants continue to be available as 6-seaters only.

The 6-seater variants get captain seats in the second row with a central armrest and a wireless phone charger. For reference, the 7-seater variants don’t get a wireless charger. Other notable features of Hyundai’s three-row SUV include auto climate control, a 10.25-inch touchscreen infotainment system, a 10.25-inch digital driver’s display, and a panoramic sunroof. Taking care of passenger safety are up to six airbags, tyre pressure monitoring, and front and rear parking sensors.

The Hyundai Alcazar gets two engines: 2-litre petrol (159PS/191Nm) and a 1.5-litre diesel (115PS/250Nm). Both get the option of a 6-speed MT and a 6-speed torque converter automatic. The automatic variants also come with three drive modes (Eco, City, and Sport) and as many traction modes (snow, sand, and mud).

The Alcazar is priced between Rs 16.3 lakh and Rs 20.15 lakh. It competes with the MG Hector Plus, Mahindra XUV700, Tata Safari, and the upcoming Kia KY SUV (which could be called ‘Carens’).