Does the Nexon EV have what it takes to make it in the real world? 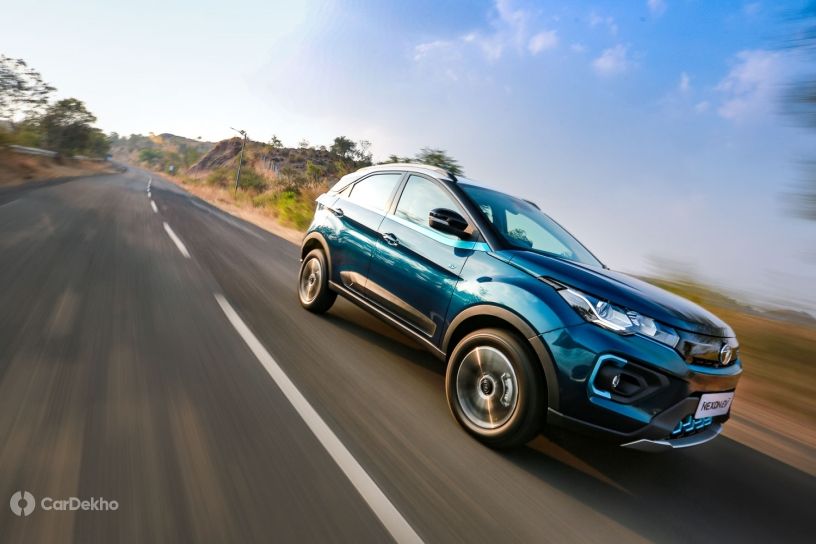 The Nexon EV is the cheapest long-range electric vehicle you can buy in India today. Now EVs that have had the word ‘cheap’ associated with them haven’t really made any positive impact in India. They are often viewed as really slow and not really as alternatives to everyday ICE-cars due to their range woes. But when Tata revealed that the Nexon EV can do 312km on a single charge, it made us sit up and take notice. To really put this claim to test, we decided to do some scientific tests with the Nexon EV, starting with its performance.

New-age EVs are known for one thing over anything else and that is their acceleration. All the torque being available from the get go means that these cars are able to post surprisingly quick 0-100kmph and quarter mile times. So, we decided to put the Nexon EV through its paces to find out where it stands.

The Nexon EV is stupidly quick in Sport mode, as evident by the 0-100kmph times. Keep in mind that it weighs 150kg (2 additional passengers) more than the regular Nexon, due to its batteries. The Drive mode does serve up a more sedate time, but it’s been configured to maximise range, so the drop in performance is expected.

The standing quarter mile comparison also throws up some interesting numbers. The Nexon EV is considerably quicker off the line and in its initial acceleration, but as it gets towards that quarter mile marker, the petrol Nexon manages to cut down the gap quite a bit. The latter is however still slower by almost 1.6 seconds in reaching the quarter mile. This is also because the Nexon EV’s top speed is capped at 120kmph, which is also evident by the fact that it hit the quarter mile barrier at 119.82kmph and the regular Nexon while being slower overall, was still able to achieve a top-speed of 122.22kmph at the end of the run.

One thing you will have to be wary about here is the wheelspin in the Nexon EV. It’s got no traction control of any kind to help rein it in, which means in Sport mode,  the EV can happily spin its wheels up to 40-50kmph if you’re not careful with the throttle!

Another thing the added weight of the batteries does is add to the braking distance of the car. More weight equals more mass which in turn means more time and distance required to stop. So exactly how well does the Nexon EV hold up here against the petrol Nexon?

While the EV is slightly ahead in the 80-0kmph braking test, the petrol Nexon is quicker in coming to a stop from 100kmph. However, the difference between the two is so little that it can be considered negligible. For the Nexon EV to go toe-to-toe with the petrol Nexon in this test is a feather in its cap all the same, as the EV is around 150kg heavier, meaning it has to work that much extra to come to a stop.

When it comes to petrol or diesel cars, we calculate the average distance they should cover on a single litre of fuel by driving them a certain distance in the real world, and then dividing that figure by the actual amount of fuel consumed.

In case of regular ICE-cars, this is important because petrol and diesel are relatively expensive when compared with electricity. So electric cars are the outright winner when it comes to the average cost incurred for every kilometre covered. However, the challenge that lies in front of electric cars is that once they are about to run out of charge, there aren’t too many places you can top up their batteries. In an ICE-car, you could simply top up at any one of the vast number of fuel stations across India. Thus, the amount of kilometres you can cover before the battery runs out is crucial for electric cars.

As you can see from the table above, the Nexon EV consumes less electricity per kilometre than its closest electric-rival, the MG ZS EV. That however doesn’t mean that it will automatically give you a better range.

As you can see, the Nexon EV with its smaller battery pack is able to cover a shorter distance on a single charge than the ZS EV. Even though the ZS EV consumes more electricity per kilometre, its substantially bigger battery pack allows it to go further on a charge than the Nexon EV. As a standalone figure however, the Nexon EV does a good enough job in the city with close to a 300km range. It is on the highway however where the Nexon EV instills real range anxiety, with the 211km range only good for to and fro journeys from cities less than a 100kms away, without topping up the batteries.

One thing you should note here is that electric cars need less overall charge in a city-like environment. That is because the constant on/off application of the throttle allows the regen tech in electric cars to top up the batteries, thus giving you more range. On the highways, you hardly go off the throttle, so there isn’t as much regen, leading to a shorter overall range.

The Nexon EV is a great city-dweller. You only need to charge it once a week to get through a week’s worth of driving in the city. And even if you need to charge it more than that, an overnight charge from a regular 15 ampere socket will take the batteries from 0 to 100 percent. Highway journeys will be a little sketchy in the Nexon EV and you will have to stick to a route where you know there is an electric charger for topping up your batteries on the way. Otherwise, stick to realistically covering 200km in a day and stopping at a place where you know a 15 ampere socket exists. As far as performance is concerned, the Nexon EV offers more than you could have ever wished for and we actually wish there was traction control to rein in some of that performance.

Don't get average what company has claimed ..