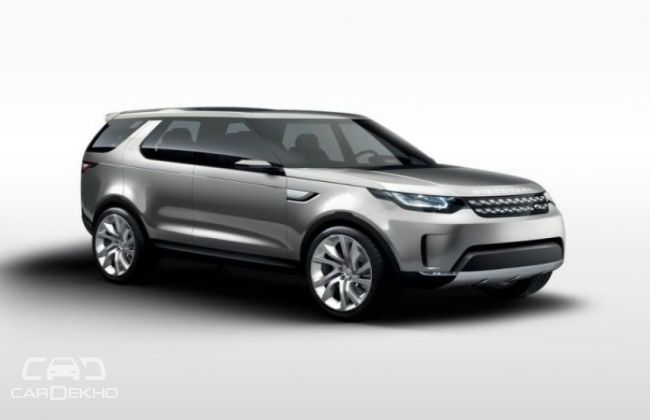 The British automaker has finally put an end to the legendary off-roader Land Rover Discovery to make space for the next generation model. The upcoming Land Rover Discovery takes inspiration from the Discovery Vision Concept that was showcased at 2014 New York Auto Show. The new Discovery will flaunt a smooth design language along with more luxuries and tech inside.

The car is relatively lighter than the outgoing model and is built on the same riveted aluminum monocoque chassis which underpins Range Rover and Range Rover models. The camouflaged prototype has been spotted several times undergoing test runs at company’s Solihull manufacturing facility. The test mules looks identical to the Concept version except a few tweaks on the front and rear bumpers.

Land Rover Design Director, Gerry McGovern, said, “We need to be about more than that. It’s a killer combination: core engineering technology and truly desirable and bespoke design with our own twist. Design is playing a more fundamental role with engineering.” “There will be a premium execution in Discovery, more Range Rover-like. But we need to not confuse and get the balance right.” he added further.

The new Discovery 2016 will be propelled by the same 3.0-litre SDV6 diesel engine producing 306PS and 700Nm of max torque, paired to 8-speed ZF automatic transmission. It is also expected that the car would come with a hybrid engine in future versions. As per the latest technology, the SUV will incorporate laser guided scanning system which independently adapts the transmission and suspension, depending on the type of terrain.