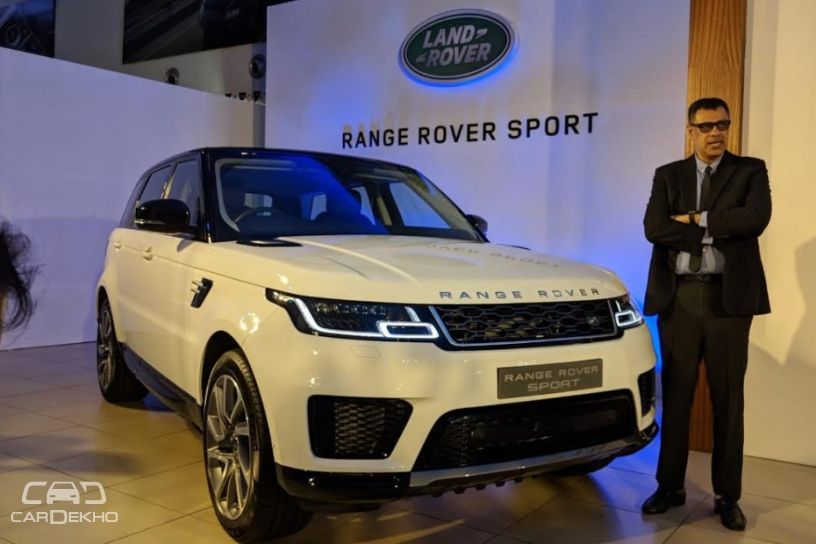 Land Rover has introduced the 2018 models of the Range Rover and Range Rover Sport in India. Both SUVs get subtle tweaks to their exterior and interiors along with a host of new features without losing out on their luxury quotient or their off-road prowess. Have a look at the variant-wise prices:

Both the Range Rover and the Range Rover Sport continue to be equipped with the same set of engines as before. However, they’ve been tweaked to deliver more performance. Engine options include supercharged V6 (340PS/450Nm) and V8 (525PS/625Nm) petrol engines and turbocharged V6 (259PS/600Nm) and V8 (340PS/740Nm) diesel motors. All of them continue to be offered with an 8-speed automatic transmission along with a four-wheel drive system with various terrain modes.

There’s nothing dramatic about the changes to the exterior of both SUVs. They’ve just got better with this update. For instance, the previous grille has been replaced with the ‘Atlas’ mesh grille, which was first seen on the Range Rover Velar. The bonnet is now slightly on the sharper side thanks to those aggressive ridges. Revised bumpers with large airdams and redesigned LED DRLs add a touch of freshness to the Range Rover’s appearance.

The newly added Pixel LED headlamp feature 144 LED elements that are capable of producing a brighter beam than before. They even have sensors that shadows out certain elements so as not to dazzle the oncoming traffic. At rear, the integrated LED tail lamps and the exhaust outlets that are better integrated with the rear bumper make for a clean layout. The Range Rover gets a new ‘Byron Blue’ shade as well.

Land Rover’s latest ‘Touch Pro Duo’ infotainment system finds a place in the Range Rover and Range Rover Sport. This unit consists of two 10-inch touchscreens placed on the centre console. The lack of buttons make for a cleaner look too.

The Range Rover gets ‘Executive Class’ rear seats that promise to provide airplane-like comfort levels. They come with a 40-degree backrest angle, massage functionality with a ‘hot stone’ massage mode and a powered centre armrest. Featuring ionization, the climate control now helps clean the air in the car. There’s even a three-zone ambient lighting (ceiling, doors and footwell) system as well. However, the party trick has to be the rear window sunblinds which can be deployed with just a wave of the hand. Supercool, isn’t it?

Adding more convenience are features such as the adaptive cruise control with ‘Queue Assist’. This system is capable of mimicking the car in front of the SUV, and accelerate or decelerate as and when required.