The lightest and most hardcore version of the F-Type costs Rs 2.65 crore and does 0-100kmph in 3.7 seconds 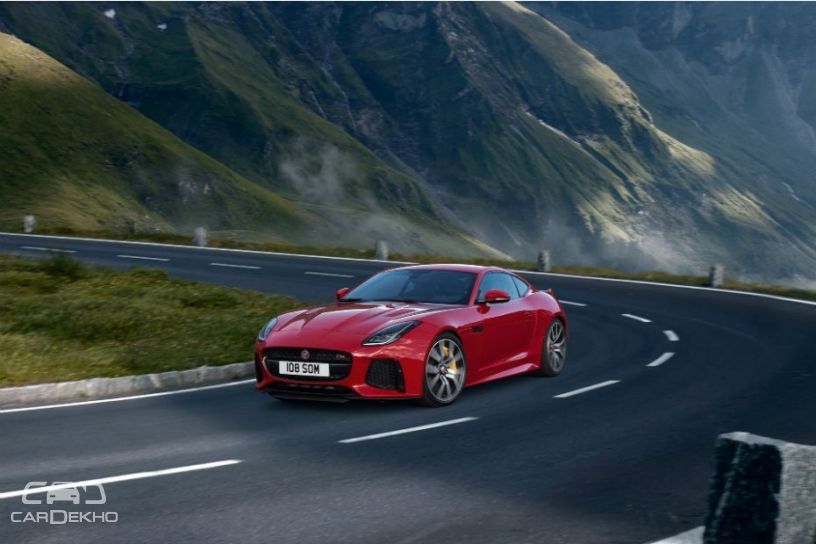 Although Jaguar launched the F-Type sports car in India back in 2016, it kept its most bonkers version, the F-Type SVR, away from our country. Until now, that is. The British carmaker has announced the price of the F-Type’s most hardcore version developed by Jaguar Land Rover’s (JLR) SVO (Special Vehicle Operation) division. Costing Rs 2.65 crore for the SVR Coupe and Rs 2.80 crore for the SVR Convertible, the latest additions to the F-Type lineup costs twice as much as the most sanest version that is powered by a humble 2.0-litre, 4-cylinder petrol engine.

Both versions are powered by a 5.0-litre supercharged V8 engine that puts out 576PS of power and 700Nm of peak torque. Mated to an 8-speed ZF gearbox and an all-wheel-drive system (AWD), both versions can hit 0-100kmph in just 3.7 seconds. In terms of top speed, the Coupe manages 322kmph, while the heavier Convertible can do 314kmph. The SVR versions of the F-Type are lighter than the standard variants. The seat shells made out of magnesium shaves 8kg, while the titanium quad exhaust system reduces the weight even further by 16kg. The F-Type SVR is equipped with Pirelli P-Zero rubber which are 10mm wider than the standard issue 265/35 ZR20 front and 305/30 ZR20 rear tyres. Also Read: Jaguar F-Pace Gets SVR Treatment

It’s loaded on the inside as well. There’a a three-spoke steering wheel with paddle shifters, ambient lighting and a 10-inch touchscreen infotainment system for audio,video, navigation, climate and driving modes. But the highlight here has to be the two SVR-specific quilted seats with lateral support.

Jaguar offers the F-Type with three engines in different states of tune. The most basic version gets a 2.0-litre, 4-cylinder engine that puts out 300PS. If you need a bit more than that, opt for the 3.0-litre V6 engine, which is available with 340PS and 380PS guises. The entry-level F-Type costs Rs 90.93 lakh, while the more powerful 3.0-litre F-Type Convertible R-Dynamic variant will set you back by Rs 1.68 crore (all prices, ex-showroom India). All these versions send power to the rear wheels only. Also Read: Jaguar Reveals Its First Electric SUV I-Pace

If the V6-powered version also doesn’t appeal to you, then opt for the F-Type R-Dynamic which packs the same 5.0-litre V8 as the SVR, albeit in a lower 550PS tune. This version is priced at Rs 2.21 crore for the Coupe and Rs 2.36 crore for the Convertible. Incidentally, the makers of the SVR edition are also responsible for the Range Rover SVR which was launched in 2015. This performance SUV packs the same 5.0-litre supercharged V8 as the F-Type SVR and does 0-100kmph in 4.5 seconds.

Alternatives to the Jaguar F-Type SVR include the Mercedes-AMG GT, a two-seater supercar that costs over Rs 2 crore in India. It’s most powerful iteration, the GTR, makes close to 576PS from a 4.0-litre twin-turbocharged V8 engine. There’s also the iconic Nissan GT-R which can be yours for around Rs 2 crore as well. This supercar puts out over 560PS of power through all four wheels and is revered for its tuning capabilities. Related: Jaguar XE, XF Get New Ingenium Petrol Engine In India

"WhatsApp"
D
Published by
Was this article helpful ?