It is most likely to be launched this year in the country with all the updates! 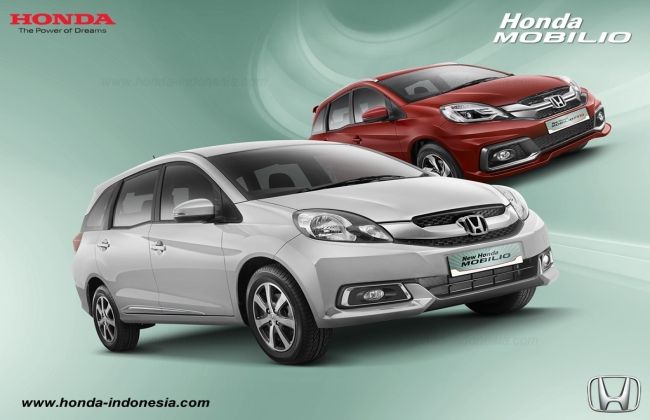 Honda has introduced an updated Mobilio in Indonesia, where the MPV made its world premier nearly 2 years ago. The 2016 Mobilio comes with subtle changes to its exteriors, while the new dashboard has spruced up the cabin. The current Mobilio took much criticism over Brio derived dashboard and Honda literally replaced every bit of it! It is expected that Honda Car India will launch it sometime this year as the sales of Mobilio are declining.

The updated Honda Mobilio remained largely unaltered externally, except that it rides on a new set of alloys along with a few elusive changes. Honda has added new accessories and chrome appliques with the updated Mobilio. Now let's talk about the area which went under the hammer the most, the cabin. To start with, there is this brand new dashboard borrowed from the upcoming BRV compact SUV. The dashboard that has been lifted from BR-V is indeed an iteration of one found in Jazz and City.  However, the instrument cluster is slightly toned down and appears to be borrowed from Jazz/City’s base variant. Speaking of which, it now features multi-drive info screen and a three pod setup with blue surrounding rings. Besides this, Mobilio now features the much needed automatic climate control. The only thing that has been borrowed from the previous vehicle is the three-spoke steering wheel. Moreover, the RS version continues with the all-black theme.