Honda has given its MPV, the Mobilio, its first major facelift. The Japanese automaker officially launched the updated version of the seven-seater in Indonesia. 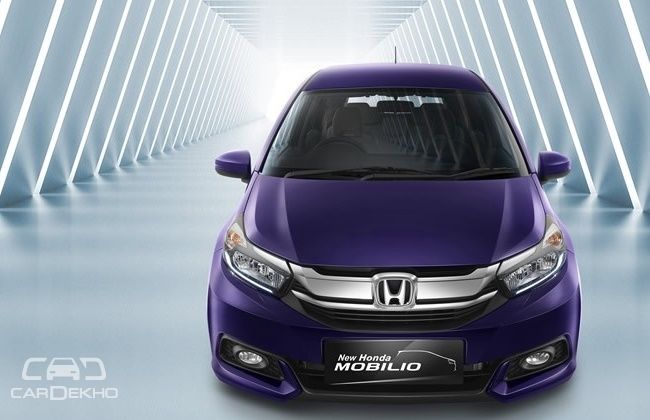 The most noticeable change is the updated front profile. The Brio face has been ditched in favour of a sleeker design, which looks in line with the Honda WR-V. The large, swept-back headlamps with daytime running lamps, paired with a larger and a slightly upright grille give the Mobilio a hint of aggression. The side profile and the rear are unchanged, save for a set of new alloy wheels.

The interiors feature a few minor changes as well, the most important of which include adjustable front headrests, a new instrument cluster, automatic climate control and a 6.8-inch touchscreen infotainment system. Notably, the Indonesian-spec Mobilio already features the updated dashboard we saw in the facelift versions of the Brio and Amaze last year. The Mobilio continues to soldier on with the 120PS 1.5-litre i-VTEC motor, which can be had with a five-speed manual or a CVT. Honda has also added Vehicle Stability Assist (VSA) and Hill Start Assist (HSA) to the MPV's kitty.

The Mobilio is among the best sellers for Honda in Indonesia, accounting for close to a quarter of its annual sales. Sadly, that isn't the case in India, where the MPV is struggling to find takers. Launched in 2014 at a starting price of Rs 6.49 lakh, it did do well initially. However, it couldn't sustain the momentum through the years, with sales plateauing and eventually plummeting to triple digits. There were strong rumours about the Japanese automaker discontinuing the MPV as a result of lacklustre sales, but that hasn't been the case.

While there is no official word on whether the facelift will make its way to India, we hope it does – just to give the Mobilio another go at the competitive sub Rs 10 lakh MPV space.