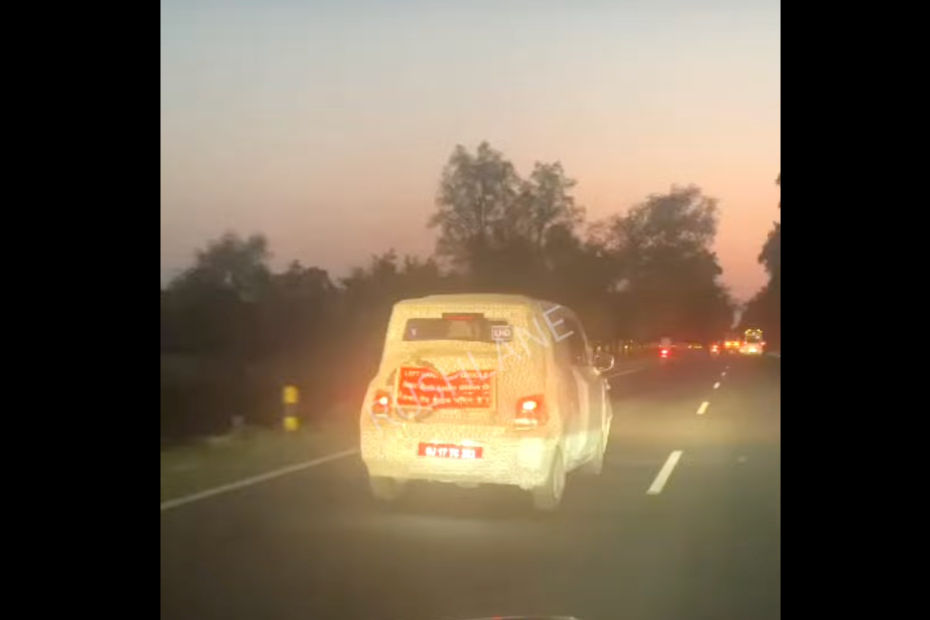 A test mule of the MG Air EV has been spied in India and this development suggests the carmaker might launch it in the country. When it goes on sale here, it would become the smallest electric car on sale and is expected to debut in a production-ready version at the 2023 Auto Expo.

The MG Air EV will be a two-door, four-seater compact EV. It will be a city runabout measuring around 2.97 metres long and 1.51 metres wide, which makes it smaller than the Maruti Alto 800 and the Renault Kwid, which are around 3.4 metres and 3.7 metres long, respectively.

The spy video gives us a glimpse of a touchscreen infotainment system inside. In the Indonesian market, the MG Air EV gets a 10.25-inch digital floating display and instrument cluster, connected car technology and dual airbags among other niceties.

It’s offered with two battery packs - 17.3kWh and 26.7kWh - and a 40PS electric motor that powers the rear wheels. The smaller battery pack claims to offer 200 kilometres, while the bigger one provides 300 kilometres of range on a full charge.

MG earlier confirmed that it is working on a mass market Rs 10 lakh to Rs 15 lakh electric vehicle for India, which could very well be this one. It would be one of the most affordable urban runabouts which would be priced similarly to the recently launched Tata Tiago EV, which retails from Rs 8.5 lakh (ex-showroom).

MG
VIEW ALL
T
Published by
Was this article helpful ?