The fifth-gen Honda City is one of the biggest cars in the segment. Does this mean it is the most spacious inside as well? 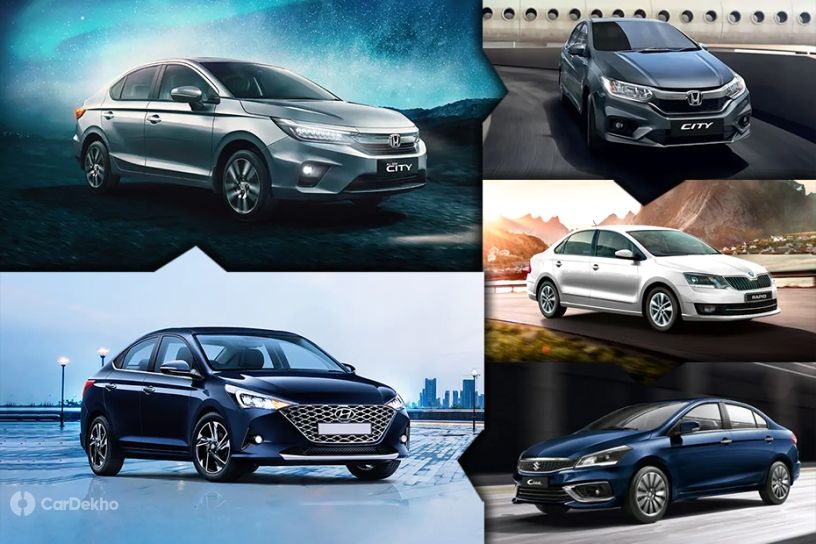 The launch of the fifth-gen Honda City had to wait for the lockdown to end. But when it did, the new City did not disappoint. It turned out to be the largest car in the segment in terms of external dimensions. It is not only longer and wider than before but is also bigger than the Ciaz. Given that the wheelbase is still the same as before, it begs the question: Is the fifth-gen Honda City more spacious? And if yes, how does it compare to its rivals. Before we enter the cabin with a measuring tape, have a look at the external dimensions first.

Like mentioned, the fifth-gen Honda City is the longest and the widest sedan in the space. Height, however, has come down from before which helps it look more proportionate in terms of design. It’s still the Ciaz which offers the longest wheelbase, 50mm longer than both the Citys and the Verna. The Rapid, apart from the width which is 4mm more than the least (Verna), has the smallest dimensions in the segment. Time now to flex the measuring tape.

The fifth-gen Honda City might be the longest and the widest sedan in the space now, but that doesn’t make it the most spacious sedan in the segment. On paper, the older Honda City seems like the better but its not quite the full picture. For instance, the extra knee room in the back is a function of the front seat rail adjustment but even with a full-size adult sitting upfront, it is the new City that offers more knee room at the back.

The Ciaz still offers the best space for the rear passengers and will be the most comfortable to seat three at the back. The Rapid has a few hits like the rear headroom and driver seat comfort but falls behind when it comes to driver’s headroom and front cabin width. Verna, despite having comfortable seats, offers the least knee room at the back, and hence feels the least spacious of the lot.

Hope this clears out your queries regarding which of these cars is the most spacious. If you want to know about the features and engine options of the new City in detail, check out the first drive review below.

Crazy about honda city.... from.childhood its my favourite car... everyone knows what honda city is capable.... ❤❤❤