Tesla’s ludicrously fast Model S is set to go even faster with the newly revealed Plaid update, which also gets new features and a redesigned cabin 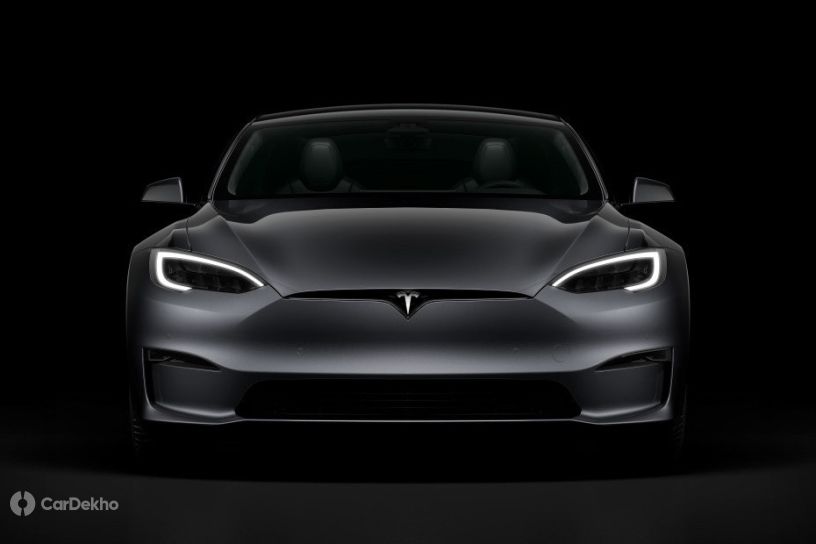 Tesla’s quickest version of the Model S was able to make the 0-96kmph (0-60mph) sprint in roughly 2.5 seconds. If you, however, thought that was not quick enough, the new Plaid variant of the luxury electric sedan can do the same sprint in just 1.99 seconds! The new version, an update on the Model S, sees minor revisions to the exterior, major rework on the inside, and a serious increase in performance and range numbers.

On the outside, Tesla has kept it subtle by resculpting the front bumper, offering new 19 and 21-inch alloy wheels and a standard large glass roof. The interior, however, has been done up again. It now features a unique U-shaped steering wheel and horizontally laid out touchscreen, instead of the previous vertically placed unit. The control stalks have also been given a miss with buttons on the steering wheel taking care of the job. The centre console houses two LARGE wireless smartphone charging pads.

Passengers at the back will now get their own 8-inch touchscreen, supported by the 10 terabytes of computing power from the main screen. According to Elon Musk, the computing power of this system is equivalent to a modern-day gaming console. That’s a good thing, because you can not only play heavy-duty games on the Tesla screen but also hook up a wireless controller to enjoya more immersive experience. Music can now be enjoyed via a 22-speaker 960 watt premium audio system. The rear seats have been upgraded as well, and they look more luxurious than before. Cabin colour options include white, beige, and black.

While the new features are cool and the cabin overhaul was a major change, the biggest surprise with the Plaid version of the Model S are the performance numbers. The powertrain with reconfigured batteries and motors can propel the Model S from 0-96kmph (0-60mmph) in under 2 seconds! Not only that, the earlier top speed of 250kmph is now a staggering 320kmph. All of this is thanks to the 1020PS output of Plaid’s electric motors. However, you will need better wheels and tyres for achieving this top speed, which shall be made available sometime by the end of 2021.  Plaid version, deliveries of which could begin as early as next month, has a range of 627km. On the other hand, the Plaid+ version, which has an output in excess of 1100PS is set to come out in the middle of 2021, will have a range of 837km! Once again, Tesla sets a new world record for the longest range and quickest acceleration on any electric vehicle in production.

While the prices of the Model S Plaid start at Rs 88 lakh (approx conversion from USD), the Plaid+ version will start at around Rs 1 crore. Tesla recently began setting up operations in India, but the Model S will not be their first model to hit the country’s shores. And even when it arrives, expect the above-mentioned prices to increase due to import duties.

Alert Me When Launched
"WhatsApp"
D
Published by
Was this article helpful ?