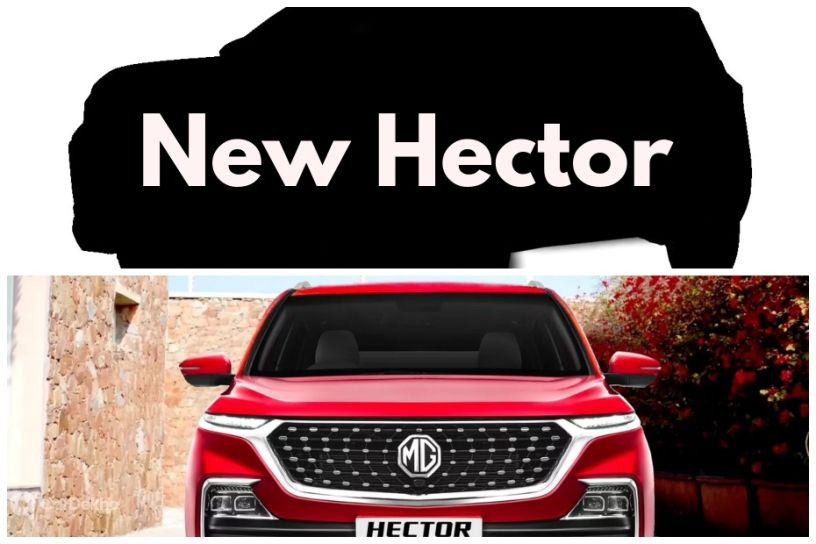 MG has announced an upcoming facelift for the Hector, and which  it will be even more feature-packed than the current model. On top of that, our sources in the know have shared that MG plans to keep the current Hector and its variants on sale alongside the newer version.

It seems like MG also sees some value in the trend of keeping both new and old models on sale simultaneously. With the facelifted Hector, MG will be making it more of a premium model with a new, class-leading 14-inch infotainment touchscreen and fit it with some Advanced Driver Assist Systems (ADAS) as well. Its ADAS tech suite should include features like autonomous emergency braking, adaptive cruise control, cross-traffic alerts, and lane keep assist, same as MG Astor.

The updated cabin will look more upmarket with some premium exterior updates as well. With all these updates, the new Hector will be positioned above the existing model.

What does the current model offer?

The current Hector comes with a 10.4-inch touchscreen infotainment system that features connected car technology, a 360-degree view camera, and a panoramic sunroof. It is still a premium model in its higher variants. MG did introduce a mild update in 2021 for its mid-size SUV that tweaked the front fascia design and added features like ventilated front seats and remote controls via smartwatch.

Why the selective update from MG?

When MG arrived in India with the Hector in 2019, it was one of the most tech-loaded offerings for the price. But the competition has since responded with similar or better-equipped models in their top variants. The fully-loaded Mahindra XUV700 truly raised the bar in the segment in terms of features, comfort and technology.

The updated SUV is expected to be offered with the same 1.5-litre turbo-petrol (with optional mild-hybrid tech) and 2.0-litre diesel engines as the current model. Only the petrol unit gets the option of an 8-step CVT automatic, while the others are only offered with a 6-speed manual.

The new and more premium Hector will attract a hefty premium for its additional features. It may also get a special suffix to distinguish it from the current Hector in the MG lineup. If offered as a well-equipped offering from base, the new Hector could be priced from Rs 19 lakh to Rs 22 lakh (ex-showroom). Meanwhile, the current Hector is available from Rs 14.15 lakh to Rs 20.11 lakh (ex-showroom, Delhi). The facelifted Hector will be launched in the festive season.