Bajaj Qute To Launch On April 18 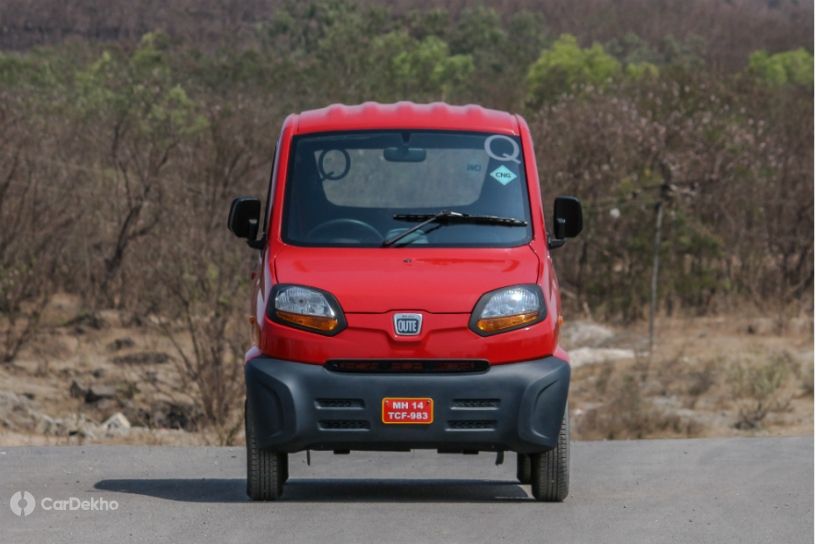 The Bajaj Qute is finally ready for launch in India after getting clearance from the government last year. This commercial quadricycle will be available for purchase from 18 April 2019.

A quadricycle is a lot like a car but without actually being one. It is more like a four-wheeler version of a three-wheeler auto rickshaw. It does get a steering wheel and a front passenger seat though. That description may sound similar to how the Tata Nano was first described but the Bajaj Qute takes things to a further extreme. The Qute paved the way for a new segment of four-wheelers called the quadricycle in the country. While it has been exported to other countries, the Qute will finally be on sale in its home country in a couple of days. The Bajaj Qute offers seating for four (D+3) with seatbelts for all occupants.

The Qute is powered by a 216.6cc petrol engine and can also run on CNG. It makes 13PS of power and 18.9Nm of peak torque while running on petrol and 10.98PSPS and 16.1Nm on CNG. The top-speed is rated at 70kmph. The engine is mated to a 5-speed sequential gearbox like a motorcycle. The Qute measures just 2752mm in length and tips the scales at 451kg, while the Nano is 412mm longer and has a kerb weight of 735kg.

With the launch of the Bajaj Qute, expect to see this quadricycle in hordes on Indian roads later this month. It is expected to have a price tag of around Rs 2 lakh. The Baja Qute is certainly a safer alternative to the three-wheeled auto rickshaws in terms of stability, weather protection and crash protection. What do you think of the Bajaj Qute? Do let us know in the comment section. Read our first drive review of the Bajaj Qute here.