It is provided with a 3.0-litre TFSI petrol engine, paired to an 8-speed automatic transmission, that churns out 354PS and 500Nm. 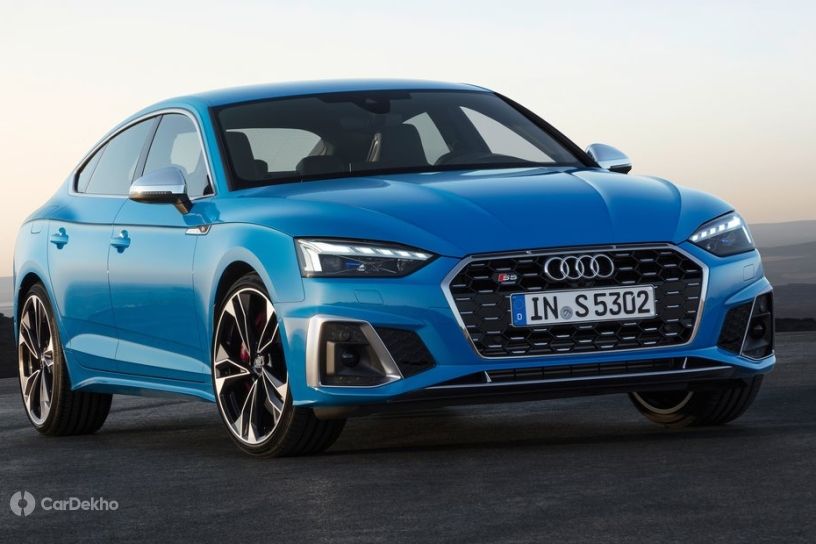 Audi has launched the facelifted S5 Sportback in India. The carmaker has brought the four-door sports coupe via the CBU (completely built unit) route and has priced it from Rs 79.06 lakh (ex-showroom).

Its front profile now gets a lower and wider front grille (with honeycomb pattern) flanked by Matrix LED headlamps. Along its sides, the four-door coupe comes with the ‘S5’ badge on its front fenders, aluminium-finished ORVM (outside rearview mirror) housings, and sportier 19-inch alloy wheels. At the back, it gets updated LED tail lamps along with a boot lid-integrated spoiler.

The S5 Sportback is powered by a 3.0-litre TFSI petrol engine making 354PS and a mammoth 500Nm of torque. It comes mated to an 8-speed automatic gearbox which, in typical Audi’s Quattro fashion, sends power to all four wheels, while torque is distributed in a 40:60 ratio to the front and rear wheels. Audi has claimed that the S5 Sportback can go from 0-100kmph in just 4.8 seconds! It also features a central locking differential and rides on S Sports suspension (that can be upgraded to the one with optional damper control for an improved driving experience).