Deliveries are slated to begin from August 2020 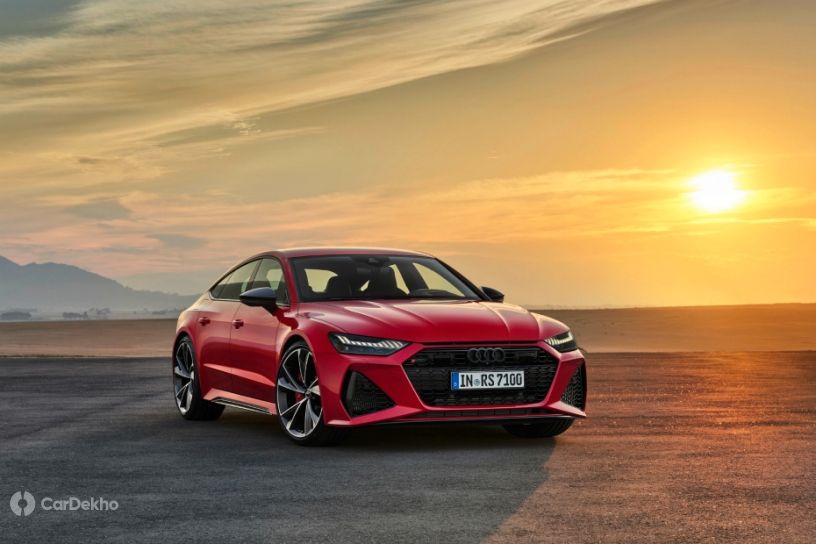 Audi has launched the RS 7 Sportback in India in a single fully-loaded variant priced at Rs 1.94 crore (ex-showroom). Customers can book the RS 7 Sportback online via Audi’s online sales platform while deliveries will begin from August 2020.

The second-gen RS 7 Sportback gets a big front grille with LED headlamps on either side, huge air dams in the front bumper, and connected tail lamps. Since it’s a coupé, it gets the typical sloping roofline that manages to grab your attention. Audi is offering the RS 7 Sportback with 21-inch alloy wheels while 22-inch wheels are offered as an option. It gets a blacked-out front grille, air dams and ORVMs, and a sportier skid plate (with dual oval-shaped exhaust tips) at the rear to up the sportiness quotient.

Also Read: New-gen Audi A3 Unveiled. Looks Sportier Than Before

Inside, it comes with Audi’s virtual cockpit system, twin displays in the centre console, a rearview camera, optional panoramic sunroof, and a head-up display (for RS-specific information). Audi is offering the RS 7 Sportback in 13 exterior colour shades, including two RS-specific shades: Nardo Grey and Sebring Black. Customers can also customise the four-door coupé to suit their specific needs.

It is powered by a 4.0-litre twin-turbo petrol engine that puts out 600PS of power and 800Nm of torque, paired to an 8-speed automatic gearbox. This setup comes mated to a 48V mild-hybrid system for additional torque. The RS 7 Sportback is offered with an all-wheel-drive system. It is claimed to do the 0-100kmph sprint in 3.6 seconds and max out at 250kmph (electronically limited). The RS 7 Sportback can reach speeds of up to 305kmph with the addition of RS-specific packages.