Both the generations won the coveted ICOTY - Indian Car of the Year award, Hyundai i10 has definitely impacted how things move in the B-Segment hatchback space over the years!

It all started seeing the colossal success of the Santro in the country, Hyundai wanted to replace the Santro/Atos Prime globally and at that point, i10 was born. Hyundai developed it focusing India as a top priority, it was developed in India for India along with export as a goal. And indeed i10 saw the light of the day on October 31st, 2007 in New Delhi before the rest of the world. 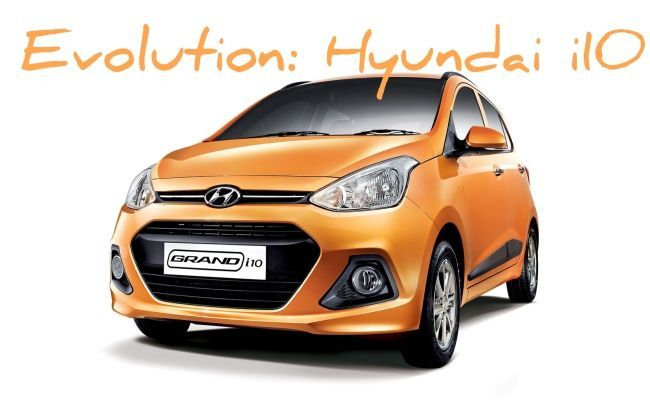 It torpedoed the segment and soared into the top-10 selling cars in the country and stood there year-on-year until the Grand i10 took the charges! The i10 was the spiritual successor of the Santro and it joined the Santro along with rest of the clan in 2007 with a mission to decrease the sales gap between Maruti Suzuki and Hyundai Motors India! So lets take a look in to the history of Hyundai i10.

Hyundai i10 first gen was flamboyant compared to rest of its peers in the segment. It came with things like Sunroof and an extremely ergonomic cabin along with borrowing the tall boy design cues from the Santro. It had everything to be a runaway success and indeed it was. The 1.2-liter Kappa joined the 1.1-liter iRDE in the i10's engine lineup, displacing 80 PS and 112 Nm, was  available with 5-speed manual and 4-speed automatic. By March 2012, Hyundai India had sold more than 3 lac i10s since its debut in October 2007.

The midlife facelift has raised the flamboyant quotient and the gen 1 i10 (ongoing) got the Hyundai Fluidic Sculpture design philosophy. The grille and air dam were integrated into one giant hexagonal unit giving the i10 a new character. It was also updated mechanically and got the variable valve timing which very few cars offered at that time in sub-10 lac bracket! The kappa got Hyundai’s VTVT technology which improved the low-end torque of the 1.2-liter motor and also featured a new name - 1.2L Kappa Dual VTVT!  On the similar lines, the 1.1L iRDE got the VTVT and a slight power bump with a new name - 1.1L iRDE2. The i10s are always feature loaded, the top-end trim of this car came with a heated outside rearview mirrors (no other car offered in sub-10 lac bracket).

The second generation i10 aka Grand i10 turned out to be a head turner compared to flamboyant 1st gen hatch, courtesy to the Fluidic Design 2.0 which it debuted in the country. Moreover, the wheelbase has been increased considerably along with the width. It is the most feature-rich i10 Hyundai has ever offered and is the most opulent car in its segment. With the addition of diesel in the lineup for the first time ever, sales rocket to the moon!