Rolls-Royce Dawn To Be Launched On June 24 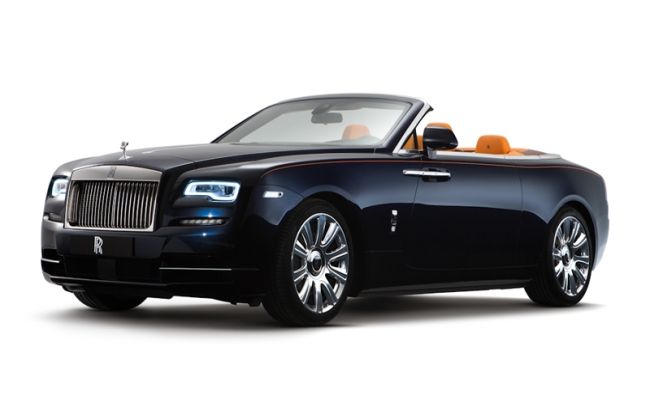 As we reported earlier this month, Rolls-Royce has now announced the date for the launch of the Dawn. It’s June 24. Once launched, the super luxury convertible can be booked on order. As with every Rolls in history, every Dawn can be personalised to a great extent.

The Dawn becomes the second car to join the convertible list of Rolls-Royce after the Phantom Drophead Coupe. However, an interesting bit about the Dawn is that unlike RR’s other vehicle names which signify something mysterious and dark, it implies brightness and sunshine.

Generally, the cabin of Rolls cars are super silent and you can even hear the ticks of the clock. The British carmaker claims that the Dawn’s cabin, once roof up, will be the most silent one. Despite bearing a fabric roof it will be the quietest cabin among all the convertibles. The roof expands/retracts in 22 seconds at a maximum speed of 50kmph.

The RR Dawn shares the same platform of the Wraith but, still, 80 per cent of its exterior cues are designed from scratch, giving it a fresh look.

The massive one and a half tonner is powered by equally potent engine, a 6.6-litre turbo-charged V12 belting out a whopping 570PS of peak power and peak torque of 780Nm. It is linked to an eight-speed ZF automatic transmission. The same mill is doing duties in its Wraith cousin though it has been detuned for the Dawn. That said, the Wraith continues to be the fastest RR ever. With the massive size and potent engine, the Dawn crosses the 100kmph mark in just 4.9 seconds.

The expected price of the Dawn is around Rs 4 crore. Keep watching this space for more information about the Dawn’s launch on June 24.