Ferrari’s replacement for the highly acclaimed 458 Italia will be making its Indian debut on 17th February'2015 . Christened the 488 GTB – this is Italian carmaker’s second turbocharged supercar, following the California T, that was launched in India last year. 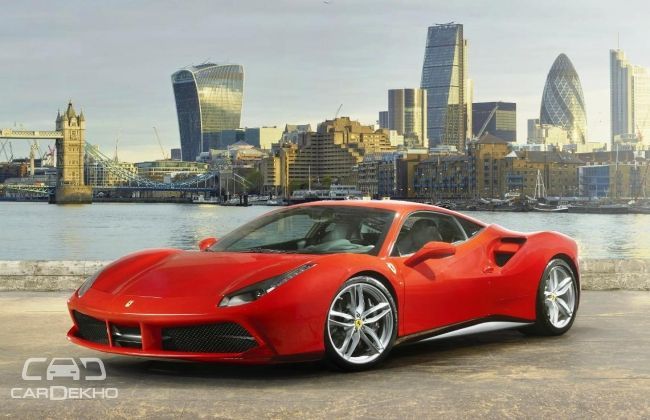 The 488 in this Ferrari’s name refers to the individual cylinder capacity of the new 3.9-litre, twin-turbocharged V8 mill - while the GTB stands for Gran Turismo Berlinetta (grand tourer with a coupe body-style in Italian).

Powerplant of the 488 GTB displaces only 3.9-litres instead of the 4.5-litres of its naturally aspirated predecessor. However, the displacement deficit is compensated with dual, twin-scroll IHI turbos and helps the V8 to pump out a whopping 661bhp – a brilliant 99bhp more than the iconic 458. Not just this, the 488 is in fact, more powerful than the legendary Ferrari Enzo of a decade ago. With a kerb weight of just 1370 kilograms, the 488 GTB sprints 0-200 km/h in an unbelievable 8.3 seconds and 0-100 km/h in flat 3 seconds.

The 458 was known for its brutal exhaust soundtrack thus, Ferrari has taken extra care to perfect the 488 GTB’s soundtrack to be as pleasing, though if not better.