CD Speak: Should Tata Bring Back The Nano As An EV? 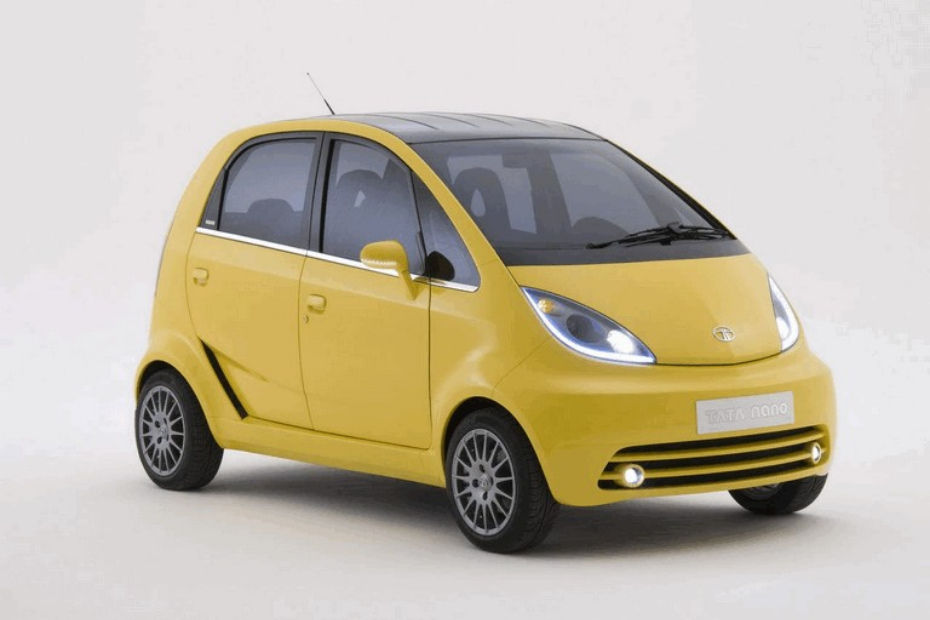 The Tata Nano is one of the most iconic Indian car projects for its ambitious price tag to make a four-wheeler more accessible than ever at just Rs 1 lakh. While well received, the realistic costs of making a road-worthy car made it impossibly difficult to deliver on that promise. It was discontinued in 2019, after 11 years with unimpressive sales. However, the Nano moniker still represents Ratan Tata’s goal of an affordable car for the masses, we believe it could try to achieve that again in a new electric avatar.

A Pune-based company called Electra EV retrofits Nanos with an electric powertrain derived from the first iteration of the Tata Tigor EV. This creation was only made available to fleet owners, but one unit is also owned by Ratan Tata himself. Mechanical details are limited but it likely offered less than 200km of range.

Tata itself had showcased a concept for the Nano EV in 2010 at the 80th Geneva Motor Show. It had a predicted range of 160km from its super polymer lithium-ion battery pack. The Nano EV concept had visual changes over the regular car like the different bumpers, headlights, taillights and premium wheels.

Tata is currently the leader of the electric car space in India with a portfolio of EVs that have a claimed range of over 300km. Its newest offering is the Tiago EV, the electrified version of its current entry-level model, which gets the choice of two battery sizes. In its base trim, the Tiago EV uses a 19.2kWh for a claimed range of 250km, powering an electric motor rated at 61PS and 110Nm.

Compare that to the original Nano that was powered by a 0.6-litre petrol engine making just 38PS and 51Nm. An electric Nano with Tata’s new Ziptron technology should be able to offer slightly less performance than the Tiago EV in exchange for a similar claimed range of around 250km. If it can still deliver over 175km in the real world, the Nano EV would be a good option for intra-city travel.

Learnings From The Old Nano

The focus on building an affordable car that can be an alternative to a two-wheeler forced Tata to take cost-cutting measures that resulted in a compromised product with no other appeal than the price tag.

The original Nano lacked any sort of safety features as standard and any practical comforts and used wheels with only three lug-nuts. While the design was unique and distinctive, with a roomy cabin to easily fit four adults, it offered little else.

Tata did address the lack of features in the facelifted Nano with front fog lamps, a four-speaker audio system, keyless entry and front power windows. While these features made it better equipped than the likes of the Maruti Alto 800 at the time, it got fairly pricey too.

We feel that for the Nano to make an effective return, it needs to be more than just an affordable micro-car. It will already be improved with the new safety mandates that would require it to have six airbags, ABS, ESC and rear parking sensors. Since modern Tatas are renowned for their safety, the new Nano would also be built better overall. It can get away with a lack of finish for a lower price, but it needs to offer features like a touchscreen infotainment system, power-adjustable ORVMs, USB charge ports, and LED DRLs.

If Tata does bring back the Nano as a practical EV, it would not be without competition in the micro-EV space. MG will be introducing its micro-EV in India in early 2023, globally known as the Air EV. It comes with the choice of 17.3kWh and 26.7kWh battery packs, powering a 41PS electric motor. The small battery claims a range of 200km, while the larger one promises 300km.

It is a two-door, four-seater offering with a tech-laden cabin. The MG Air EV is equipped with dual integrated 10.25-inch displays (for the infotainment system and instrument cluster) as well as steering-mounted controls and a rear-view camera. The Tata Nano EV would need to offer similar features, if not similar levels of technology. In its Indonesian-specification, this MG EV also gets basic ADAS features like automatic emergency braking and blind-spot detection.

Ideal Price For A Nano EV

When the Tata Nano started with a targeted entry-level price of Rs 1 lakh, we got a compromised product focused on the cost. However, its new electric avatar with basic features and a practical range would still be an attractive package if it started at Rs 6-7 lakh*. For reference, the Tiago EV arrived at an introductory starting price of just Rs 8.49 lakh* which is expected to jump up to Rs 9-9.5 lakh* in the coming months.

*-All prices are ex-showroom

Tata
VIEW ALL
S
Published by
Was this article helpful ?

An e.nano is something everyone is waiting for.

An e.nano is something everyone is waiting for.