The Bentayga Hybrid has an all-electric range of 50km 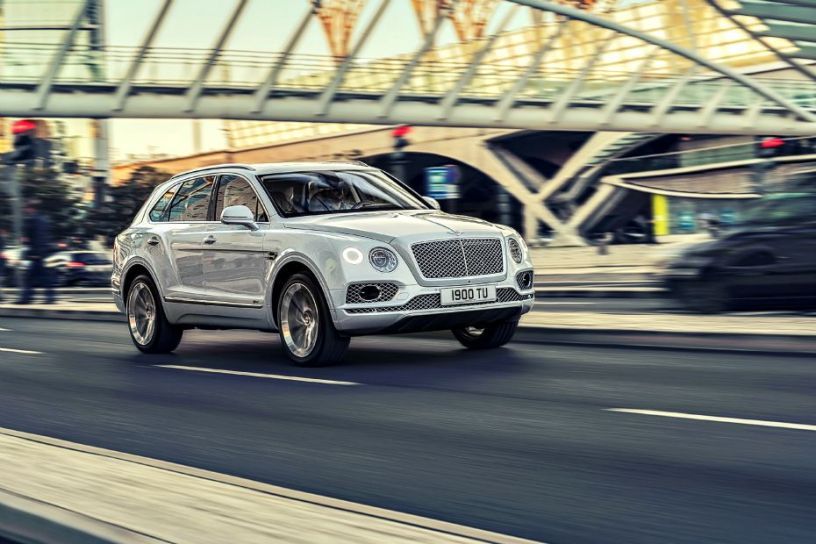 In 2015, Bentley had confirmed that it was working on a hybrid version of its then upcoming SUV, the Bentayga. And now, the manufacturer has unveiled the Bentayga Hybrid at the 2018 Geneva Motor Show. The Bentayga Hybrid is now the first high-end luxury SUV to get an electrified powertrain.

Bentley has not revealed the specs of the hybrid SUV entirely yet, however, it has confirmed that it will be powered by a 3.0-litre V6 petrol engine instead of the larger V8 and the W12 engines found on the Bentayga. The V6 engine is coupled to an electric motor, which also works as a generator to charge batteries. The Bentayga hybrid will have a claimed all-electric range of about 50km (NEDC cycle). Power from the engine and the motor will be sent to the all four wheels of the SUV and the driver will be able to choose from four on-road driving modes - Sport, Bentley, Comfort and Custom. For better battery management, the automatic start-stop button has been replaced by controls for three E Modes – EV Drive, Hybrid Mode and Hold Mode. While the first two modes are self-explanatory, we’re awaiting clarity on what exactly the Hold Mode does.

As if flaunting the flying B badge was not enough, Bentley has added a bit more for you to show off, and this time it is your love for planet earth. The Bentayga Hybrid gets copper-coloured ‘Hybrid’ badging on front doors and tailgate, copper finish on wheels, and the tread plates on the door sills also get ‘Hybrid’ inscription.

On the inside, the dashboard layout remains identical. However, the infotainment system and the driver information display have been modified to relay details about power consumption, performance and energy source. The traditional tachometer is replaced with a dial showing the drive modes and a battery status dial replaces the coolant temperature gauge.

To maximise its range, the hybrid SUV uses information from satellite navigation to optimise the engine and electric motor usage. Feeding a destination allows the on-board computer to correctly identify and engage the correct E mode for each part of the journey, further maximising the system’s efficiency.

When you are talking about a Bentley, you can’t expect anything to be plain jane. Take the charging dock for instance. It has been designed in collaboration with renowned industrial designer Philippe Starck. The power dock looks stylish and is made of eco-friendly materials and aluminium. Bentley says that charging the battery to 100 per cent from a domestic household socket will take 7.5 hours. However, the charging time will drop to 2.5 hours, if charged with an industrial connection.

Bentley has not revealed the prices of the Bentayga Hybrid yet, but has confirmed that the hybrid SUV will be available to order in select markets in the second half of 2018. While Bentley has not announced whether the Bentayga Hybrid would come to India or not, we think it should not be a problem for the luxury carmaker to introduce the greener version of its SUV here.

Also Read: Rolls-Royce’s First EV To Have A Range Of Over 500km!