Tata went beyond everyone’s expectation by unveiling two radical concepts that are set to go into production soon. Honda, on the other hand, announced its intentions to get things straight with the right products! What more could one ask for?

Some of the best cars and strategies in the automotive world are developed when there’s a desperate need to succeed or overcome rivals. One either fails miserably or do wonders under immense peer pressure. If you look at the prime players in the Indian automotive spectrum, Honda and Tata certainly fit right into the equation, don’t they? 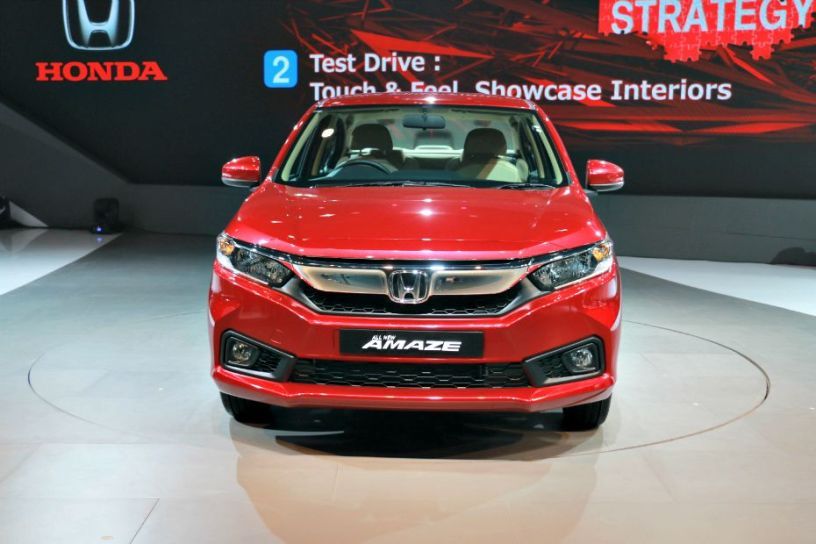 In recent years, Honda not only lost third position in the Indian four-wheeler market to Mahindra, it also let Tata overtake them thanks to product strategies that haven’t entirely worked in its favour. Currently, it ranks after Maruti, Hyundai, Tata and Mahindra in terms of market share. Honda is now aiming to recover lost ground with reworked strategies and newer products while Tata wants to come out of its shell with all guns blazing. And both carmakers seem to have made the most out of the recently-concluded Auto Expo 2018

Let’s start with Honda first. The Japanese carmaker decided to steal the show by showcasing the second-gen Amaze to the entire world at the Expo. There’s a lot going for the Honda Amaze 2018 - from a brand new platform to a diesel version with a CVT (continuously variable transmission) automatic gearbox. The return of the Civic was another major highlight of the 2018 Expo. Also present at Honda’s pavilion was the new fifth-gen CR-V. All three cars are set to be launched by April 2019.

The Civic will be reintroduced after more than five years, while the new CR-V would now be able to fend off its rivals better thanks to the introduction of a diesel motor and optional seven seats.Not to forget, the Civic will be getting a diesel motor too! Besides these, Honda also showcased its prowess in electric vehicle technology with two futuristic concepts along with the Clarity fuel-cell powered vehicle.

Tata, on the other hand, is on a cleansing spree (discontinuing old products) and ironing out problems (quality issues and introducing competent products) that have been plaguing the carmaker for a long time.

First off, Tata showcased two striking concepts, the H5X SUV and the 45X hatchback. Undoubtedly, these were among the select cars that managed to make the 14th edition of Asia’s largest automotive event an exciting one. Tata showcased as many as six new products at the Expo, which is a first for the homegrown carmaker.

Besides the world premiere of the two new concepts, there were the go-fast version of the Tigor and the Tiago, the Racemo +- (electric sports car) and the Nexon AMT.

When the production-spec versions of the H5X and 45X along with the rest of the products showcased at the Expo go on sale in the next couple years, Tata will certainly become stronger than it is right now, both in terms of sales numbers and brand perception. In the case of Honda, the very popular Civic nameplate is back and don’t expect it to be booted out of its segment this time around thanks to all-new diesel engine! Further, the new Amaze, with its improved packaging, is here to rematch with its age old rival - the Maruti Suzuki Dzire.  The diesel-powered CR-V, on the other hand, could give Honda better sales figures in the very competitive premium SUV segment.