The electric SUV, which is likely to be brought via the CKD route, could have a price of around Rs 50 lakh (ex-showroom) and arrive by 2025 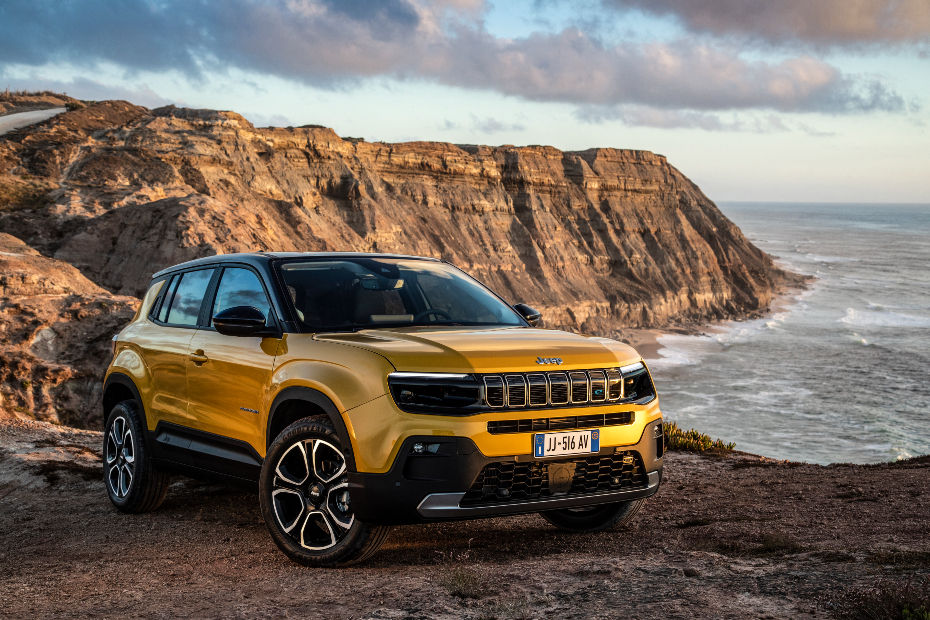 Jeep recently announced its near future plans for new all-electric models in different global markets. Among the three new all-electric products debuted, the Avenger is the one that seems most likely to make its way to India first.

The Avenger is set to be Jeep’s most compact SUV model to date, smaller than even the Renegade. It will likely be based on a version of the Stellantis Group’s STLA Small platform for EVs. The Avenger is said to have a targeted range of around 400km but Jeep has not revealed any technical details just yet. If based on the STLA Small as expected, it should be offered with multiple battery pack sizes and an energy capacity of up to 84kWh.

In terms of design, the Avenger compact electric SUV looks like a shrunken version of the brand’s more premium offerings. It has the usual seven-slatted grille design, but it’s a closed panel as you’d expect with an EV. The headlamps seemed to be housed in a mild recess with eyebrow-like LED daytime running lights along the top edge. There is also a large air dam in black to contrast the body colour that likely helps in cooling the electric powertrain and also houses the components for the car’s ADAS tech.

Around the rear, the Avenger bears some resemblance to the Renegade with its boxier proportions and chunky bumper. Since the rear door handles are housed in the C-pillar, the compact SUV has a sleeker profile than other similar-sized SUVs. The charge port can be found in the same place as the fuel port on a regular combustion car, on the rear haunches. Overall, it looks like just a regular Jeep SUV, and the only obvious hints of its electric nature are the blue ‘e’ badges on the grille and the tailgate.

We haven’t got a good look at the interior of the Avenger yet, but a glimpse from the Jeep event revealed a simple and minimalist dashboard with a large central display. The carmaker promises that the Avenger will be rich in technology while being one of its more affordable EVs.

Jeep will unveil the Avenger in the flesh at the Paris Motor Show later this year before it enters the European market in early 2023. While its proportions are too small to attract much demand in the North American market, the Avenger would be a hot item in markets like India, where compact electric SUVs are dominating the EV scene.

The American marque could bring the Avenger here by 2025 as its first full-EV offering, maybe as a locally-assembled offering to price it competitively against the likes of the Volvo XC40 Recharge with a price tag of around Rs 50 lakh ex-showroom.