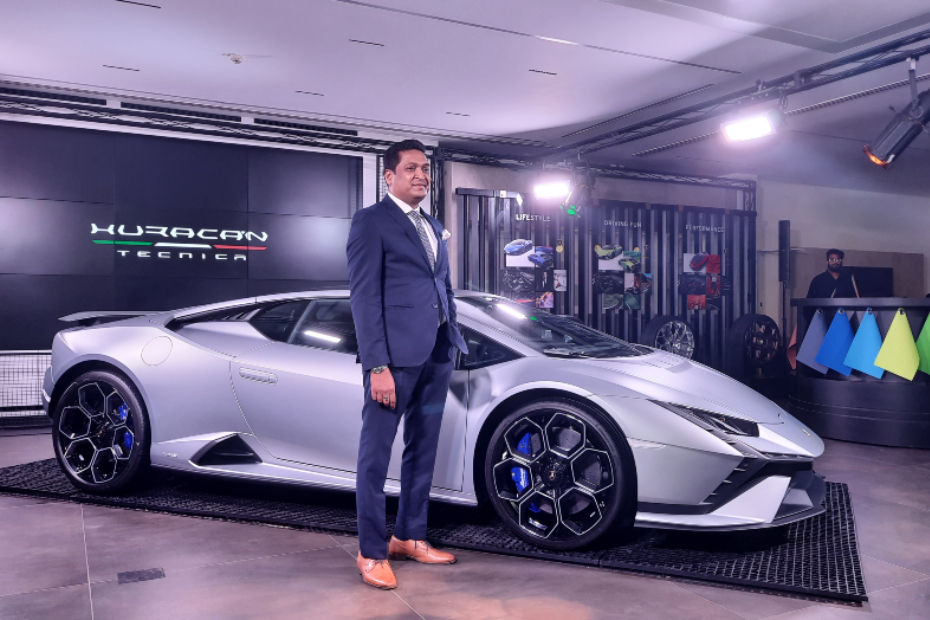 The Lamborghini Huracan is built in various iterations and the Tecnica is the newest one to be offered in India. It has arrived within five months of its global debut with a price tag of Rs 4.04 crore (ex-showroom).

The Tecnica arrives as a sort of a mix between the hardcore STO and the relatively easy-going (in supercar terms) Evo RWD. It gets its own distinctive design details such as the new front bumper which features large air curtains and takes some styling cues from the Lamborghini Terzo Millennio concept.

There are new rakes between the windscreen and the bonnet that also help channel air. Speaking of the bonnet, it’s made of carbon fibre which helps save weight and the Huracan Tecnica still has stowage under it.

At the rear, the Tecnica does get a fixed rear wing for more downforce than the Evo RWD, but seems tame in comparison to the wild thing we saw on the STO. Despite the added downforce, the Tecnica also has 20 per cent less drag than the Evo. It also features hexagonal tailpipes and mild tweaks to the rear bumper design.

Lamborghini has gifted the Tecnica the same 5.2-litre naturally aspirated V10 as the STO that can scream excitedly past 8000rpm. Here, it’s tuned to make 640PS and 565Nm which is sent to the rear wheels via a seven-speed DCT.

The Huracan Tecnica can complete the 0-100kmph dash in 3.2 seconds and will max out at 325kmph. It also borrows rear-wheel steering from the STO for added agility and manoeuvrability.

Also Read: 5 Things You Need To Know About The New Lamborghini Urus Performante

The Tecnica’s electronically adjustable suspension is said to offer a wide breadth of usability, switching between the different drive modes like Strada and Corsa. It also features ventilated carbon ceramic brakes for improved stopping performance over the regular Evo RWD. The middle child of the Huracan familia gets a new set of alloy wheels with more hexagonal elements.

As the middle child, the Huracan Tecnica is priced midway between the Evo RWD and the STO. It can be seen as a rival to the likes of the Porsche 911 GT3 and the upcoming hybrid mid-engine sports cars like the McLaren Artura and Ferrari 296 GTB.