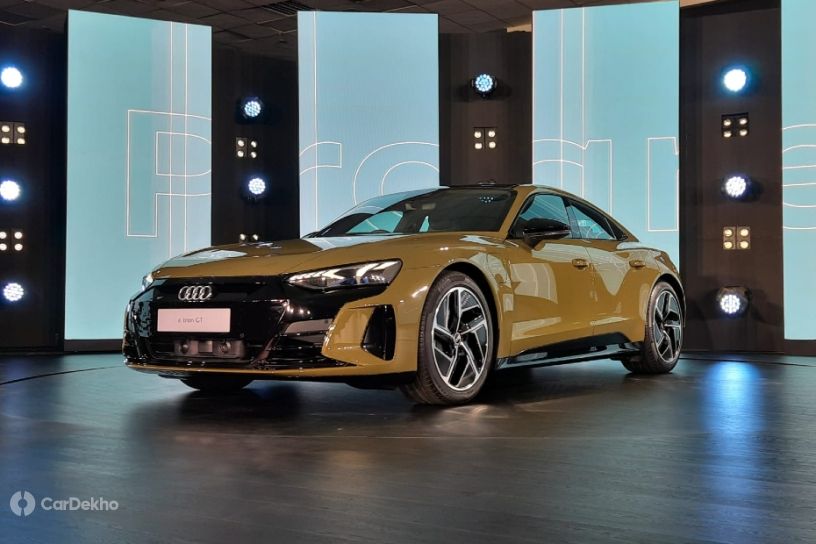 The first luxury electric sedan in India has arrived, and it’s the Audi e-tron GT. It is the sporty grand tourer from Audi’s e-tron lineup and has been launched in the performance-focussed RS variant as well. The prices for both are as follows:

The e-tron GT gets quattro all-wheel drive as standard with a dual electric motor setup (one on each axle). Both feature the same 93kWh battery pack with 800V electrical architecture for rapid charging and optimal thermal management. The performance figures and claimed range of the two variants of Audi’s electric sport sedan are:

While the Audi e-tron GT is a luxurious EV, it is a driver-centric offering. The dashboard layout is oriented towards the driver and only one large 10.1-inch touchscreen display for the infotainment system. It does not have another screen for the climate controls, sticking with a conventional layout which would be less distracting than fussing around with a touch screen. As an Audi, it is equipped with a 12.3-inch digital cockpit for the instrument cluster.

The RS variant gets sportier details such as a different steering wheel, red highlights, RS-badging around the cabin, and some visual carbon fibre as well.

Also Read: All Audi Cars To Hit The Roads Starting From 2026 Will Be Electric

In terms of comforts, the e-tron GT is equipped with an array of driver assist systems, a panoramic glass roof, tri-zone climate control and plush upholstery. As a sporty offering, it does not offer the same kind of luxury as Audi’s business-oriented sedans like the A8. The e-tron GT also offers various driving modes, adaptive suspension and different levels of regenerative braking.

The Audi e-tron GT is based on the same architecture that underpins the faster and more luxurious Porsche Taycan which is slated to launch here in 2022. It will also be taking on the Mercedes-Benz EQS in the future.