To the end of the bow with new BMW X3 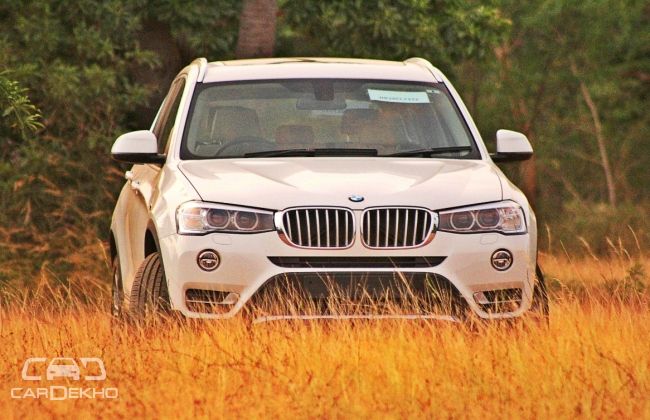 It was time for celebrations. India has kept the record of being unbeatable to Pakistan in the World Cup and overcame the losing jinx against South Africa. Our celebration always involves road trips in one way or another and this time we wanted to take the new BMW X3 to somewhere far and special. And to go to one of the most mythological and south-eastern tip of our country made a good argument. Driving to Dhanushkodi also let us knew how the new X3 behaved with its new 2.0-litre diesel engine.

The route is pretty simple. The NH45 takes you all the way from Chennai to Trichy and from there the NH45B lays the route till Melur. Getting out of the city is a huge task in itself and if you get an early start in the morning, you will be lucky to give the rush hour traffic jams en route to Chengalpattu a miss. Once you get out the hustles and bustles of Chennai traffic, the NH45 stretches out smoothly ahead after Chengalpattu. Although the traffic was pretty dense, the going was smooth. The BMW X3 wasted no time in gobbling up miles of tarmac and getting back in the game. As we crossed Tindivanam, I turned my thoughts towards the new X3.

With the recent facelift, BMW has given X3 the new family look in the front with a more pronounced kidney grille now joining the new larger headlamps, new front and rear bumpers and new 18-inch alloy wheels. The most important change, however, is what sits inside the hood. There’s a new 2.0-litre diesel engine and the X3 is the first Bimmer to get one with other models to follow soon. The 2.0-litre engine makes 6 hp and 20 Nm more over the older engine with 190hp at 4000 rpm and 400 Nm of peak torque between 1750 to 5750 rpm. The refinement of the engine and NVH levels are one of the best in the business as you can barely hear it from inside the car.

We crossed Trichy in record time and headed towards Melur in the same road and the ride so far has been a joyful one. The inside of the new X3 is not much different to other BMWs and that’s not a bad thing. The fit and finish of the cabin is immaculate and functional too. The electric front seats offer amazing comfort and support with the right cushion while at the rear, you get lots of legroom but under thigh support left a bit more to be desired. Three adults can sit in the rear with reasonable comfort as the seats have good reclining angle and are well suited for long journeys.

From Melur, we went off the national highway and from there, the road got smaller to a two lane path till Dhanushkodi. The road went through several small villages and towns with the X3 getting admiring looks from almost everyone on the road. You can opt for other routes as well according to your convenience.

The X3 comes with four driving modes - Eco Pro, Comfort, Sport and Sport+. The modes are named after exactly what they mean. The Eco Pro mode offers minimum throttle response and activates auto engine off/on system to maximize fuel efficiency. The system works perfectly in stop and go traffic without disturbing the cabin much. The Comfort mode provides with softer suspension settings to make you as much comfortable as possible. But we don’t select a BMW for its fuel efficiency or comfort factors as much as its driving and handling capabilities. And this is where the Sport and Sport+ modes come in.

Turning the setting to Sport mode, the difference is clearly felt with a faster throttle response from the engine, tighter steering, faster gear changes and, our favourite, high revs. Winding through the cars and trucks in the highway was a delightful experience as the X3 held its form well going fast in straight lines and stuck to the roads around the bends with minimum body roll. The 8-speed automatic gearbox worked the gears perfectly without missing a beat, though the downshift is slow when you put your foot down.

The Pamban Road bridge welcomes you to Rameshwaram with the legendary Pamban Rail bridge running parallel below. Though there are ‘No Parking’ warning boards all the way through the road bridge, people still stopped their vehicles and got out to get a view of the century old magnificent rail bridge. Opened in 1914, the Pamban Rail bridge was the first sea bridge and remained the longest sea bridge in India till 2010.

The Rameshwaram town is one of the holiest places in India and according to Hindu mythology, Hindu god Rama built a bridge from Rameshwaram to Lanka to rescue his wife, Sita. After rescuing Sita, Rama destroyed the bridge with one end of his bow thus giving Dhanushkodi its name (dhanush meaning 'bow' and kodi meaning 'end').

The road from Rameshwaram to Dhanushkodi offered amazing views of the sea to both the sides. Dhanushkodi became a ghost town after the 1964 cyclone destroyed most of the town, killing over 1,800 people. The place now remains a tourist attraction for its mythological connections and several temples around it.

We can’t help but feel nostalgic standing on the shores of the Dhanushkodi beach. You can go further in to the actual ruins through vans kept there for rent or you can take your own 4x4 fitted car. But you have to go through lots of formalities if you are taking your own car. As we made our way back from Dhanushkodi and crossed the Pamban bridge, I was happy that we chose to come here with the X3. Not only we came to know more about the car but also something about the history of a town, which now exists only through the memories.

BMW
VIEW ALL
B
Published by
Was this article helpful ?