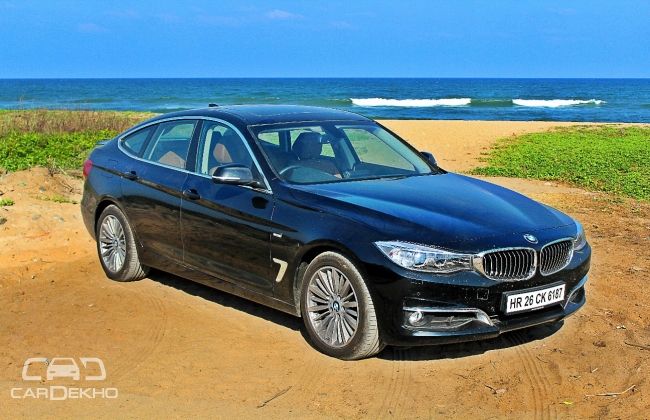 A weekend getaway from all the hustle and bustle of the office and city can give you loads of joy and peace. And finding a car that would suit all the needs of the people and their luggage transported in comfort and luxury can be quite tricky. Now, when we say shuttling people comfortably, a BMW 3-Series hardly comes to the mind. The 3 Series is a driver’s car, one which the rear passengers won’t enjoy much. But the 3 we are driving is built exactly for comfort and space.

The BMW 320d Gran Turismo promises a more practical car with loads of space for the rear passengers and larger boot. We take the GT for to Bengaluru and Mysore to see whether the car lives up to its promise.

While we get ready loading up our luggage, let’s see about the 320d GT. Earlier, the Gran Turismo model came off the 5 Series but now it sits on the 3 Series platform. But the GT gets an extended wheelbase, 200 mm of it and higher roofline that makes this 3 more spacious inside with amazing rear legroom and headroom.

Apart from the front where the GT looks alike to its sedan twin, the car varies in every aspect, at least in its exterior. The Coupe-like profile of the GT also means you turn more heads than when you are in the normal 3 Sedan.

Inside, you sit higher because of the increased ride height but everything else remains the same. You can’t differentiate the dashboard from any other Bimmer and the seats offer great comfort and support. The boot space has also been increased to 520 litres and the boot door gets electronic close feature. The frameless doors look great and add to the exclusivity of the GT.

The GT too comes with different driving modes - Eco Pro, Comfort and Sport - so that you can drive the way you want to. The 8-speed automatic gearbox shifts smoothly and more sprightly so in the Sport mode.

We have planned to travel to Bengaluru and Mysore in a two day journey to understand the 3 GT better. With all the things loaded neatly into the boot, it’s time to start the journey. With a surprisingly early start, we left the traffic laden roads of Chennai and on to NH4.

The road was busy but it was the quality of the road that bothered us. Till Ambur, the NH4 was riddled with potholes and damaged badly. But the GT took everything in its stride, only letting the worst of them thud through.

The GT gobbled up miles easily like it’s supposed to and it did that without any drama. The ride was smooth and the car spacious. We reached Bengaluru without any incident or sour backs. As we checked into the hotel, I saw the GT parked elegantly in the curb and can’t help but admire it. It may not be as sporty as the 3 sedan but the GT was beautiful, in its own way.

After a not-so-great night and a better breakfast, we started to the beautiful city of Mysore. Of course, we needed to beat the Bengaluru traffic first.

On the way to Mysore, we stopped at Srirangapatna in the district of Mandiya to view the Tipu Sultan Museum and Sangam where the confluence of rivers Kaveri and Paschima Vaahini.

Reaching Mysore, we made a pit stop at Saint Philomena Church before continuing to the Mysore palace. The majestic palace proves to you why Mysore is called the City of Palaces. There are about seven palaces in Mysore but the Palace of Mysore, also known as the Amba Vilas Palace, is the most popular and one of the most famous tourist attractions in India.

The grandeur of the palace has to be seen and no words can do justice. Apart from the majestic and beautiful exterior, the palace is more exquisite and grand inside. Cameras are not allowed inside. The palace is designed to exhibit Indo-Saracenic architecture but also blends Hindu, Muslim, Rajput, and Gothic styles in several parts.

As we made our way back to Chennai, we were satisfied that the 320d GT fulfilled all the promises it made. The GT is a perfect family car offering amazing comfort and space for all the passengers and luggage and still be sporty enough to satiate that enthusiast side. And the uniqueness of its body style just adds to more zing to it.

BMW
VIEW ALL
B
Published by
Was this article helpful ?