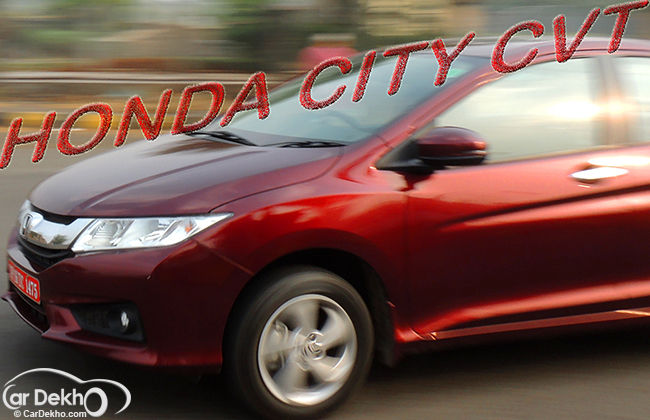 Let me start with explaining a shocking but an emerging trend. Despite getting increasingly pressured by the Darwinian evolutionary pressure towards extinction in the developed markets, the venerable clutch pedal was holding its own in the fuel efficiency conscious climatic condition that prevails in India. But the situation has become quite fluid. As explained in the earlier story Automatic Conundrum, modern Autoboxes – DCT (Dual Clutch direct shifting gearbox Transmisssions), CVT (Continuously Variable Transmission) or the hoi-polloi targeted AMT (Automated Manual Transmission) - have managed to find the holy-grail which provides the necessary mitigation from mechanical inefficiency and extra fuel consumption. With this development, “clutch pedal free cars” may become the new darlings and the venerable clutch pedal may become extinct or much diminished in number, like the Lions and Tigers of the country.

The technological development of AMT, CVT and DCT has gone ahead to the extent where it seems close to perfection. The discerning car buyer has taken cognizance of the changing scenario due to emerging technological developments and the Indian car bazaar is poised to accord acceptance to clutch pedal free mass market automobiles. Proof: just look at the proportion of the bookings that the pre-dominant and largest car-manufacturer in India garnered for AMT (branded EZ Drive) version of its recently launched gasoline powered small car. In fact, despite the not so encouraging macro-economic conditions, it should not be surprising if the introduction of “clutch pedal free” automobiles results in overwhelming acceptance in the market. It could be a repeat of the phenomenon which happened when competent 4-stroke engine fuel-efficient gearless (CVT) scooters came to the fore a decade back. Whether this results in incremental sales or signifies the beginning of the end of the basic manual transmission will remain within the realms of conjecture till the air clears up in a few years and economy shows some robust growth.

Cardekho had featured the DCT equipped Ford Fiesta in December 2013 with the promise to showcase the competing technology CVT at a later stage. With the introduction of the latest CVT equipped Honda City, the occasion presented itself.

Although the great master Leonardo Da Vinci is credited with the conceptualization of CVT in 1490, in India, Honda was the first car manufacturer to introduce a viable CVT equipped mass market car. The second generation Honda City CVT provided the convenience factor without placing much of fuel efficiency penalty. It is another matter that it did suffer from the infamous rubber-band effect which used to be the norm during that era. The effect on Honda was profound and the third generation Honda City eschewed the CVT for the conventional five-speed autobox feeding power from a torque converter. In the meanwhile, Ford and Volkswagen introduced cars equipped with dual clutch direct shifting gearboxes which took the automatic game to a different level. Honda did not waste much time and has introduced the fourth generation Honda City with a modern CVT which also employs a lean torque converter for crisp off-idle throttle response.

It is a given fact that in terms of mechanical efficiency, a dual clutch transmission is more efficient than a continuously variable transmission but the contest becomes even when CVT comes up with its trump card - having infinite ratios available between the lowest and highest ratios that it is designed to accommodate. Allied with humungous data processing and communicating abilities of modern ECUs (Electronic Control Units), the CVT, more often than not manages to find the most efficient engine speed for all situations and this is where it recovers lost ground from DCT. This race towards better efficiency becomes very close with continual technological development as the number of gear ratios in DCTs increases and transmission fluid pump operation in CVTs become more efficient. To put it in simple words – DCT is certainly superior to CVT in terms of sheer mechanical efficiency but CVT with better gearing (ratio) flexibility is better equipped for efficient employment of engine power with the result that both turn out to be equally fuel efficient. This is the theory but the pertinent question was how these two contemporary competing technologies would perform in practical real world city traffic situation? Please read on grasp the answer.

I had the opportunity to try out the vibrant Carnelian Red Pearl coloured CVT equipped Honda City during my daily commute - approximately eighty kilometers roundtrip from NaviMumbai to downtown Mumbai Fort. I was absolutely stunned with the performance–efficiency equation dished up by this phenomenally spacious, comfortable and feature rich car.

Carrying four persons almost all the time, Honda City CVT returned a fuel efficiency figure close to 12km/l; coming from a car which is almost a size bigger than its class, this has certainly been a revelation. Ford Fiesta AT (DCT) had been equally fuel efficient giving a shade over 12km/l but March being much warmer than December and with a cabin having much more interior volume, the air conditioning load must have been much higher and despite these factors fuel efficiency in the region of 12km/l from the decidedly larger Honda City is simply stupendous.

After driving a modern DCT equipped car and now a modern CVT equipped car with similar engine size and similar power output in similar conditions I feel that both the technologies have definitely upped the ante as far as manual transmission is concerned. Between the two competing technologies, there is very little to choose in terms of fuel efficiency and performance but as far as seat of the pants feel is concerned, the DCT certainly provides more fun even in its bare basic form (i.e, even without the manual shift options) whereas CVT is the way to go if exceptional refinement and absolutely seamless power delivery is the priority.

About the car: Honda City in its fourth avatar is a fantastic proposition. Supremely spacious, it is a size bigger and luxurious than its class; rich, black themed front fascia with class leading features – touch panel based controls for HVAC being the icing on the cake.

The new Honda City epitomizes the enviable engineering prowess of the manufacturer. Despite having shod this close to 1100 kg car with relatively narrow 175/65 R15 tyres which are forced to handle the relatively high dose of 117 bhp power from the i-VTEC Honda gasoline engine, the car handles surprisingly well and feels planted. It is only when this front-wheel powered car is taken to the tractive and cornering limits by application of dollops of power while negotiating tight curves that the front tyres start protesting with the accompanying squeals and squeaks. But, it goes to the credit of Honda that even during the emergence of cacophony from the front end tyres, the transition to understeering stance in Honda City which is typical of a front-wheel driven car, when it is powered through a curve, is very progressive and should not be alarming to a driver having average driving skill. The philosophy behind narrow tyres, in all probability, is to squeeze out a little bit extra in the fuel efficiency contest with other cars in the same class and it shows.

While retaining the butter smooth seamless ratio changing characteristics of the typical CVT, this iteration of CVT in the latest Honda City manages to preserve the sharp throttle response which a driver bred on manual transmission vehicles is accustomed to. The new Honda City performs this wizardry without having any perceptible adverse effect on the “fuel efficiency – performance” equation. It is only when the driver is absolutely brutal with throttle application that the dreaded rubber-band effect (lag) comes into play, but that is only for a fraction of a second, and then it is a locomotive like absolutely linear surge that the fabulous Honda gasoline engine provides while spinning at a high and almost constant RPM near its maximum torque band. Even this slight lag can be eliminated by using the steering-wheel mounted pedal shifters which have seven virtual speeds (ratios) mapped in the CVT.

These pedal shifters have the potential to inject some retro fun akin to manual transmission from the essentially seamless CVT. Just as an aside, the virtuoso performance of CVT can be best experienced when it is driven under cruise control mode on an undulating road. The rev counter needle can be seen moving seamlessly up and down, faithfully following the changing gradient that the car negotiates, while keeping the speed constant and engine ticking over at optimal rpm range without the slightest surge or hesitation from the car.

Honda
VIEW ALL
"WhatsApp"
S
Published by
Was this article helpful ?