You can save as much as Rs 5 lakh on an electric car if you live in Mumbai thanks to government subsidies! 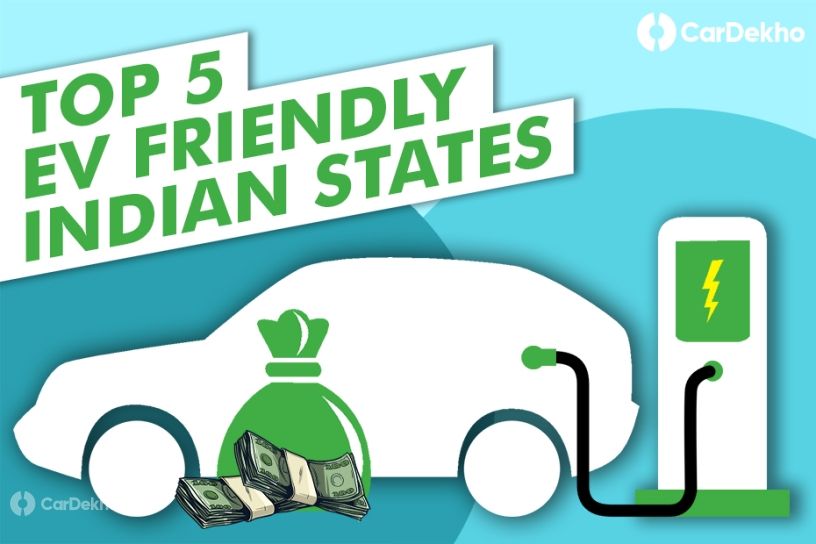 Electric cars are still not as affordable in India as they are in many developed countries. To help this, the Indian government has been progressively taking steps to accelerate EV adoption in the country by rolling out various subsidies and incentives to both manufacturers and car buyers.

The incentives vary depending on which Indian state you live in, plus new concessions are rolled out as electric vehicle regulations evolve, confusing EV buyers even more. So, on this World Environment Day, we have decoded the various schemes and incentives awarded by central and state governments to make your decision of switching to an electric car or bike easier.

First, let’s talk about the central government’s scheme. The Department of Heavy Industries changed the 2019 Faster Adoption and Manufacturing of Hybrid and Electric vehicles (FAME-II) scheme to offer 50 per cent higher incentives on two-wheeler EVs. The new incentives are as follows:

For two-wheelers: Rs 15,000 per kWh of battery capacity, up to 40 per cent of the vehicle cost

The above benefits are applicable on the electric cars and two-wheelers that meet the criteria defined under the FAME-II scheme, over and above state government concessions. From the cars that are currently on sale in India, the Tata Nexon EV, Mahindra e-Verito and Tata Tigor EV fulfil the eligibility criteria under this scheme. But don’t worry, even if your next EV is not one of these three, a recently drafted amendment to the Central Motor Vehicle Rules, once approved, will exempt all electric vehicles from registration and renewal fees across the country.

All EVs are currently subjected to a lower rate of the Goods and Services Tax (GST) at 5 per cent, which can be nearly 6 to 8 times less than that of petrol and diesel cars. First-time individual buyers who take a loan can also get tax benefits of up to Rs 1.5 lakh under Section 80EEB of the Income Tax Act.

As for charging infrastructure, several state governments have taken up the Centre’s directives for setting up charging stations for electric cars and bikes across the country. Some state governments have invested in EV adoption by offering incentives to electric car buyers that supplement the Centre’s subsidies. Here are the five Indian states that offer the most incentives on EVs:

Subsidy for two-wheelers: Rs 5,000 per kWh of battery capacity, up to Rs 30,000 + registration and road tax exemption

Subsidy for cars: Rs 10,000 per kWh of battery capacity, up to Rs 1.5 lakh + registration and road tax exemption

Update: The Delhi government has withdrawn its subsidy for electric cars after the 1,000 car limit was reached in the state. FAME-II benefits and state subsidies for two-wheelers are still applicable.

Delhi tops this list by matching the subsidies provided by the central government. The benefits of buying an EV in Delhi can be nearly twice that of some other states. In addition, the state government has waived off the registration fees and road tax on all types of electric vehicles under its current scheme. There are currently 72 charging stations listed on the Delhi government website, making this one of the best places to own an electric car or two-wheeler in the country. Keep in mind that the benefits for electric cars are only applicable to the first 1,000 cars to be registered in the state.

Subsidy for two-wheelers: Rs 10,000 per kWh of battery capacity, up to Rs 20,000 + registration and road tax exemption

Subsidy for cars: Rs 10,000 per kWh of battery capacity, up to Rs 1.5 lakh + registration and road tax exemption

Gujarat’s 2021 EV policy provides a higher per-kWh subsidy for EVs, but the maximum amount of subsidy is the identical to FAME-II benefits. It does offer the benefits to a higher number of beneficiaries -- 20,000 cars and 1.1 lakh electric two-wheelers.

Maharashtra revised its EV policy in 2021, and now offers total benefits of potentially Rs 2.75 lakh to electric four-wheeler buyers. This consists of a basic subsidy of Rs 1.50 lakh, scrappage incentive of Rs 25,000, and a Rs 1 lakh ‘early bird incentive’ that will be offered until the last day of 2021. In addition, all EVs registered in Maharashtra are currently exempt from road tax and registration fees.

Meghalaya’s 2021 EV policy is currently aimed at early adopters in the north-eastern state and will cover fewer vehicles than other state policies in this list -- 3,500 two-wheelers and 2,500 four-wheelers. Meghalaya’s EV policy is valid for 5 years and exempts all EVs from registration fees and road tax. According to the official document, EVs will be registered on priority at all state Road Transport Offices (RTOs). The state government will support the setting up of EV charging stations by offering lower electricity tariffs and free land to the government, public sector and private companies for the duration of the policy.

Karnataka’s contribution to making EVs more affordable and accessible in India is less direct but no less significant than that of other states in this list. The state government’s EV policy has recently been amended to offer even more concessions and subsidies for EV component and battery manufacturing, battery swapping, and EV charging enterprises. Apart from inviting Tesla to the country, Karnataka offers full exemption from road tax and registration fees for electric vehicles.

Like Karnataka, the state government of Andhra Pradesh has also announced concessions for enterprises that will help build EV infrastructure, including nearly 400 charging stations. There is pressure on the government to announce state subsidies in addition to FAME-II subsidies for electric car and two-wheeler buyers. For now, EVs are exempt from registration fees and road taxes in the state.

The list of states with EV policies continues to grow in 2021. Telangana grants registration fee and road tax exemption. If approved, a 2019 draft amendment to Bihar’s EV policy will match the Centre’s Rs 20,000 subsidy on electric 2-wheelers and Rs 1.5 lakh on electric cars! Other states that have drafted EV policies are Uttar Pradesh, Kerala, Uttarakhand, Madhya Pradesh, Tamil Nadu, Gujarat, Punjab and Chandigarh.

In October 2021, the Odisha government announced full exemption from road tax and registration fees for all EV buyers. The state had announced its EV Policy earlier in 2021, granting a maximum Rs 5,000 subsidy on electric two-wheelers and Rs 1 lakh on electric cars.

The Assam state government also offers the same benefits as the central government, so electric car buyers in the state can get up to Rs 3 lakh in total subsidy. Morover, the state offers a 100 percent waiver for parking fees for all electric vehicles.

But there are several more challenges to be overcome. For one, there are limits on the number of beneficiaries under each scheme and not all electric cars sold in India are eligible for subsidies. Heavy taxes on EVs and hybrids imported by carmakers as completely built units (CBUs) has further narrowed options for those wanting an affordable EV. We hope future policies correct the course so that electric vehicles can soon become the norm for urban transportation.

9 out of 10 found this helpful

Transport Minister Gadkari, keeps saying EV price will become same as ICE car. But practically not much done by center here. Most probably another Jumla. Never mind we are used to it ;)

I dont understand if an state can grant subsidy, then why not other state. It should have been same throughout India.