India is finally warming up to electric vehicles and a host of carmakers are rushing in to serve this rising demand. But not all, not yet. Here’re some EVs we’d like to see on our roads 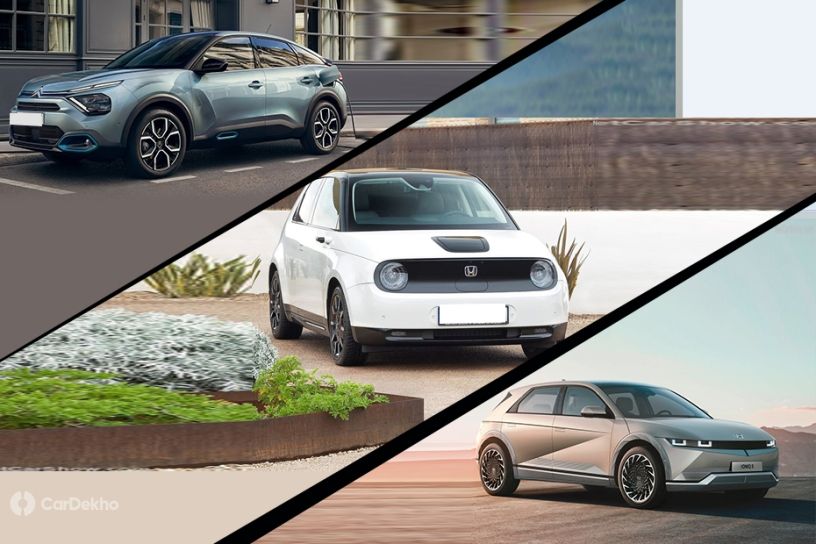 With fuel prices now nudging the century mark, you’re probably contemplating an electric vehicle (EV) for your next car purchase. Unfortunately, we still have pretty limited options in India despite them gaining much wider acceptance in the last couple of years or so. Sure, the MG ZS EV and the Tata Nexon EV are worthy options, and the news that big daddy Tesla is readying its Model 3 for India has set our hearts racing. But, globally, electric car buyers have a longer and more competitive list of options to pick from. Of them, here are five immensely popular electric cars we wish to see in India. All these cars offer decent range, one of the main areas of concern when it comes to EVs, and though they are pricey, they should still be within reach of many.

Citroen’s India debut means we’ll get one new model from the carmaker each year. In addition to affordable petrol and diesel cars, the French automaker may even consider launching the e-C4 electric crossover, already on sale in Europe, here. It is powered by a 136PS electric motor which churns out 260Nm of torque. The battery pack holds 50kWh and can be charged to 80 percent in just 30 minutes. The e-C4 has a longer wheelbase than the Hyundai Creta, so expect generous legroom and a 380-litre boot. Long drives should be comfy thanks to seats with memory foam and the ‘Progressive Hydraulic Cushions’ suspension that we have already experienced on the C5 Aircross. The features list includes a heads-up display, sliding glass roof, connected car tech, and driver assistance systems.

Volkswagen created the MEB, its first dedicated EV platform, to underpin the ID.3, its regular car from the future. The hatchback is poised to be as significant for the internet generation as the Mark 1 Golf was to Generation X. It packs a decent 77kWh battery pack which gives it a claimed 540km of range, and charges to 80 percent in just 38 minutes with a 100kW DC fast charger. A smaller 58kWh battery pack returns an equally impressive range of 424km and a similar charging time. In Europe, the VW ID.3 comes with either a 145PS or 204PS electric motor. A more powerful ID.3 variant is likely in the works. For Indians, the more relevant news is that Volkswagen intends to introduce a smaller battery pack in the ID.3 to make it more affordable. With its minimalist design, roomy interior and ample driving range, the Volkswagen ID.3 is high up on the list of EVs India needs.

Price: To be announced

New electric cars from mainstream manufacturers always get us excited, but the Hyundai Ioniq 5 is different. It is the first electric car underpinned by Hyundai’s dedicated EV platform. We always expected the car to get its basics -- decent range, ample interior space and features -- right, but we didn’t think this humble electric hatch would have something in common with the mighty Porsche Taycan even in our wildest dreams. Yep, we’re talking about its 800V electric architecture that helps the Ioniq 5 charge up to 80 percent in just 18 minutes. The minimalist interior features two 12.3-inch displays for instrumentation and infotainment. At the touch of a button, you can recline the front seats, which raises the seat bottom and extrudes a small footrest, similar to electric recliner sofas. All these features in a Honda Civic-sized hatchback with a 0-100kmph time of just 5.2 seconds! Yes, please, Hyundai!

We’ve been in love with the Honda e ever since we saw its Urban EV concept at the 2018 Auto Expo. The production model is an electric hatchback that has been on sale in Europe for nearly a year now, but there’s no word from Honda Cars India yet. For the generation of Indians raised in the back seat of a Maruti 800, the Honda e is a return to innocence. Its clean, retro lines and compact exterior houses an interior that wouldn’t look outdated even a decade from now. You get no less than six screens on the dashboard in the variants equipped with outer rear-view mirrors. The Honda e’s 135PS electric motor churns out 315Nm of torque and draws power from a 35.5kWh battery. Despite its low 220km range and tiny 171-litre boot, the Honda e charms us in a way few other cars can.

It’s about time Nissan launched the Leaf in India. This electric nameplate has existed in North America and Europe for over a decade now, with its sales driven by government incentives and grants. In its second generation, the Leaf has grown in all dimensions to become a practical family car. Its 435-litre boot is comparable to midsize SUVs rather than hatchbacks. So is the wheelbase, which is now just a tad shorter than the Tata Harrier’s. The Nissan Leaf’s electric motor produces 150PS of power and 320Nm of torque, and is powered by a 40kWh battery which can go 270km on a full charge. A 214PS Nissan Leaf e+ with a 62kWh battery and a claimed 0-100kmph time of 6.9 seconds is also offered in these markets. On a side note, Nissan’s ProPilot Assist system can autonomously park the Nissan Leaf and drive it in a traffic jam. Why wouldn’t we want that in India?

Even if we can’t buy a Honda e, there’s a cutesy urban hatchback peering from across the border. The Ora R1 EV pares it down to the essentials: room for four people, a touchscreen infotainment system, battery and motor. That last bit produces just 48PS of power, but a Swift-beating 125Nm of torque. This small family car was expected to arrive in India after its debut at Auto Expo 2020. But our current military standoff with China has raised doubts over its arrival anytime soon. We hope diplomacy triumphs so that Great Wall Motors can resume its plans to launch the Ora R1 in India.

If the cars mentioned in this story seem expensive, it’s because they come with driver assistance systems, connected car tech and other pricey features even in their base trims. The Ora R1 is a shining example of how an EV’s feature list can be trimmed down while still keeping the car desirable and practical.

That said, the onus of EV adoption in India isn’t solely on carmakers. Government benefits in the form of grants as well as lowered taxes and cesses will make these electric cars much more affordable for Indian buyers. As the charging network expands, we hope to see new public and environmental policies that are conducive to the automotive industry’s work towards a sustainable future.

Alert Me When Launched
C
Published by
Was this article helpful ?