Do you remember the EXP Speed 6 concept from Bentley? The magnificent concept at last has come to life! 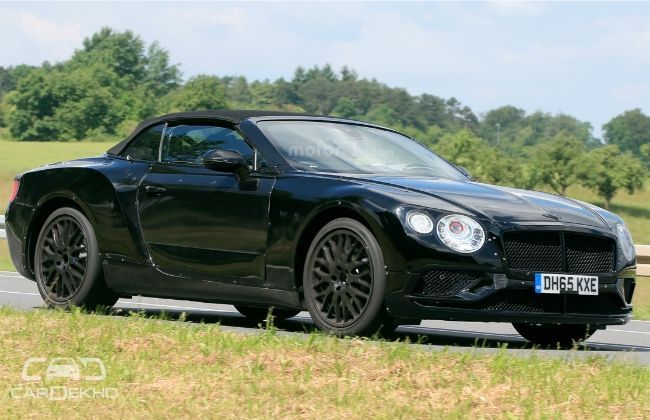 Bentley is testing the new Continental GT series which is largely based on the EXP Speed 6 concept. The coupe was spotted testing in February and now cameras have caught a sight of the convertible in Europe, and it’s delightful. Expected to be launched later this decade, the new Continental GT convertible flaunts many new design elements compared to its predecessor. The car is all new as Bentley has now switched to Volkswagen Group’s MSB modular platform, which is currently being used by cars such as the Audi Q7, the Bentley Bentayga and the to-be-launched next-gen Porsche Panamera.

By switching platforms, the Continental GT has managed to shed close to 100kg of weight. This will help the car gain speed, accelerate faster and even handle better. The new generation Continental GT is expected to be powered by a 4.0-litre biturbo V8 and a 6.0-litre biturbo V12. Also, a hybrid powertrain could make its way in the car. If so, it will most likely be the plug-in hybrid from the Panamera.

The spotted car has a whole new body which looks bigger. The rear end is very much based on the EXP Speed 6 concept, whereas the front features reworked signature grille and headlamps. The highly flared wheel arches give the car a wider stance and the sleeker front nose makes the car more aerodynamic. How much of the EXP Speed 6’s interiors will the cars borrow is still a mystery, but the new generation convertible is definitely looking a lot better than the previous avatars.

The new Bentley Continental GT will break cover next year and the launch will follow soon. The convertible on the other hand will arrive at least a year later, around the end of 2019.