Published On Nov 20, 2020 By Tushar for Nissan Magnite

Nissan’s mantra for the Magnite seems to be “punch above, price below.” A formula that works or is it too good to be true? 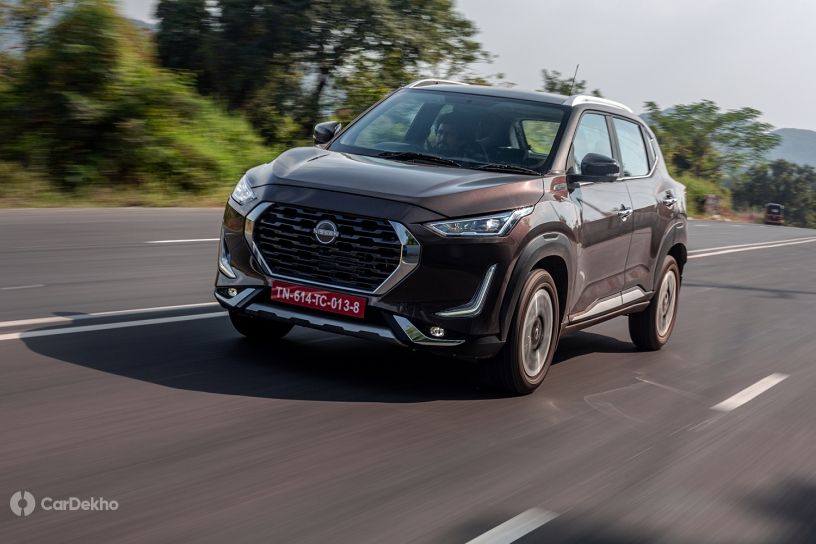 The Nissan Magnite makes the right headlines to get you excited. It looks good, seems well loaded, gets a turbo petrol engine and even offers a proper automatic transmission. And then came the price leak, which makes it amply clear that Nissan’s looking to target the value card and hard! So where's the compromise and should it deter you from considering Nissan’s new SUV?

The Magnite is a remarkably well proportioned sub-compact SUV. The rear design doesn’t stop abruptly or look chopped off and there are proper overhangs. In fact, at first glance, some may assume it’s a replacement for the Kicks. Interestingly, the Magnite isn’t as wide as most of its direct rivals, nor is it as tall. Perhaps, it is this stance that makes it look longer than it is.

FYI - The Nissan Magnite is based on a modified version of the CMF-A+ platform that also underpins the Renault Triber. Renault will offer its own counterpart to the Magnite as well - the Kiger

The SUV look is on point though, with 205mm of ground clearance (unladen), 16-inch wheels as standard (alloys in the XV/XV Premium only) and functional roof rails (load capacity = 50kg) also provided directly from the base variant.

Viewed head on, the Magnite does have similarities with the Nissan Kicks, thanks to the sweptback headlamps and black contrast lower lip that houses the fog lights. But then the grille design is notably Datsun derived, since that’s the badge the Magnite was to carry originally. What’s cool is that Nissan hasn’t strayed too far from the concept car and what you’ll see in the showroom is just as distinctive.

The LED headlights (single projector on each side for both low & high beam with multi-reflector pilot lights) bump up the premium factor and are complemented by LED fog lamps, and LED turn indicators that have been neatly integrated above the headlights. It even gets XUV300 style LED DRLs that form long slits in the front bumper.

The side profile is where the Magnite looks its sportiest, especially with the diamond-cut alloy wheels and large roof spoiler. The wheel arch cladding also had indents for reflectors. Should you opt for one of the two-tone colour options, this angle is what you’ll probably find yourself staring at the most.

Compared to the front, the rear end gets a thicker dose of cladding with turbo & CVT badges to denote the version you’re driving. And thankfully, you get a rear wiper & washer as standard.

The interior comes across as both a pleasant surprise as well as an indicator of where the cost factor comes into play. What’s good is that this is a very well designed cabin, both in terms of style and functionality. It’s a very clean and clutter-free layout with no unnecessary styling elements added for the sake of making it look different. The hexagonal AC vents add a sporty touch to the dashboard, with silver and chrome highlights applied to them right from the base variant.

Even the finish quality of the plastics is smooth and the grey fabric on the door pads is a thoughtful touch. However, the plastics don’t feel as robust or thick as they do in a Sonet, Venue, XUV300 or even EcoSport. Even the fitment quality is of a budget grade, with bits like the centre console flexing/moving about when you fiddle with it. We’d say it’s a step up compared to the Vitara Brezza but it’s acceptable, not exceptional.

FYI - Footwell could’ve been spaced better. The floor pedals feel like they’re too close together and those with larger feet in particular will have to adapt

Where the Magnite excels is in making the best use of the cabin space available. Both the front and rear seats offer good overall support even for tall users and there’s good headroom on offer even for someone over 6ft in height. If the users are of an average build, it even works as a 5-seater!

FYI - All round adjustable headrests (x4) come as standard. The driver gets a fixed front armrest in the top variant. Rear occupants get an armrest with cupholders (XL Turbo, XV & XV Premium) and a phone holder too

The cherry on top is how practical the cabin’s storage spaces are. All four door pockets can hold 1 litre bottles, the 10-litre glovebox is exceptionally accommodating and the centre console can hold both cups and large bottles. Additionally, the wireless phone charging pad can easily hold your wallet and phone when not in use and there’s a large storage space underneath this as well with a 12V socket and USB port.

At 336 litres, there’s reasonable boot space too with a 60:40 split rear seat (offered with the XL Turbo, XV & XV Premium) for added room if needed (raises the storage space to 690 litres). The loading lip is on the higher side though and there is a notable drop from the boot sill to the boot floor.

With the Magnite, you get just the right amount of frills. Our favourite feature would have to be the 7-inch digital instrument cluster which offers a game-like interface that’s really cool and fluid to use.

Other talking points include:

Nissan offers the Magnite with two petrol engines. For the time being, diesel or CNG options are not under consideration. For our brief drive, we experienced the turbo petrol in both manual and CVT guises.

At startup and while idling, there are some vibes that creep into the cabin but things get smooth as soon as you’re on the move. The Magnite is an easy going city car and has enough grunt on offer to just commute, zip through traffic or make quick overtakes. There is some noticeable lag before the turbocharger kicks in around 1800rpm, but the motor feels usable even off boost for low speed driving.

The Magnite is also punchy enough to take the stress out of high speed overtakes, so long as you’re in the right gear and keep the motor at around 2000rpm. Which version would we pick? That’d be the CVT. Nissan’s done a good job of tuning this transmission to the engine’s strengths and it’s very responsive to throttle inputs.

It isn’t until you absolutely floor the accelerator that you notice some of that rubber band effect. Even then, it’ll hold the revs high for about a second or two before settling down again. What we would’ve liked here is a manual mode with predefined steps to swap through, primarily for better control while driving down hill. It does, however, get an ‘L’ mode for inclines and a Sport mode activated via a lever-mounted button.

The manual is easy to use as well but could be more polished. The gear shift action warrants some effort and the lever doesn’t slot it as smoothly as we’d like. This notchy behaviour gets amplified as you push the Magnite harder and you get a lot of resistance while upshifting. That aside, the clutch pedal is slightly heavy and can get annoying in heavy traffic.

The Magnite’s ride quality is a strong point. It deals with bad roads and potholes very well while keeping the occupants well insulated from surface imperfections. However, over some sharper bumps, the suspension noise is quite audible and you will hear the bumps more than you’d feel them.

On the handling front, the Magnite is decidedly aimed towards daily usability and not outright excitement. The steering is light and you can chuck it into corners but there is noticeable body roll. The suspension does feel soft while attacking curves and corners, the steering offers no feedback and you find yourself dialing in some corrective steer to get it on the line you want. Even braking is a slightly vague affair as the pedal offers enough bite but no feel i.e. you don’t feel the pressure/resistance from the pedal change even as you press the pedal harder.

The Magnite is all about fitness for purpose. It won’t thrill you like the EcoSport/XUV300 or feel as surefooted through high speed turns as the Venue, but it isn’t underwhelming either.

Dual front airbags ABS with EBD and rear parking sensors come as standard. ISOFIX child seats mounts are offered with the XL Turbo, XV and XV Premium grades. The XV adds a rear camera while the XV Premium also gets the 360-degree camera and tyre pressure monitor. All turbo variants get brake assist, traction control, stability control and hill start assist. Unfortunately, side or curtain airbags are not available with any variant.

At its introductory price of Rs 4.99 lakh - Rs 9.35 lakh (ex-showroom Delhi), the Nissan Magnite is a very tempting proposition and takes a different position vs its many rivals. This pricing will be applicable only till 31 December but along with that, this package does have some compromises too. For example, the cabin experience isn’t rich and fitment quality is of a budget grade (Author’s note: Nissan’s R&D team has assured us that the fitment issues seen in our review cars will be corrected before you experience the Magnite at a showroom).

Many buyers do believe that SUV = diesel power and that isn’t an option that you get here either. Also, while it does get a turbo petrol engine, it isn’t complemented with a driving dynamics package that’s particularly exciting. Of course, Nissan’s sales and service network is also going into revival mode and its rivals have a clear upper hand here.

Simply put, if you want the most premium and sophisticated pick from the segment, the Magnite probably isn’t for you. But if you want an SUV that’s spacious, practical, well loaded and comfortable to drive, all delivered at a price tag that’s serious value for money, the Magnite is certainly worth considering.

My family is always love nissan because its best ever

Nissan is always favorite for my family and friends also, love it

My family is always love nissan because its best ever

Nissan is always favorite for my family and friends also, love it