The small-hatchback space is more complex than ever. Where earlier it was meant to be an ideal workhorse for the family, it now has to deal with an updated list of demands for convenience features and premium quality. All this while remaining true to its do-it-all nature. Can any of these cars accomplish this herculean task? 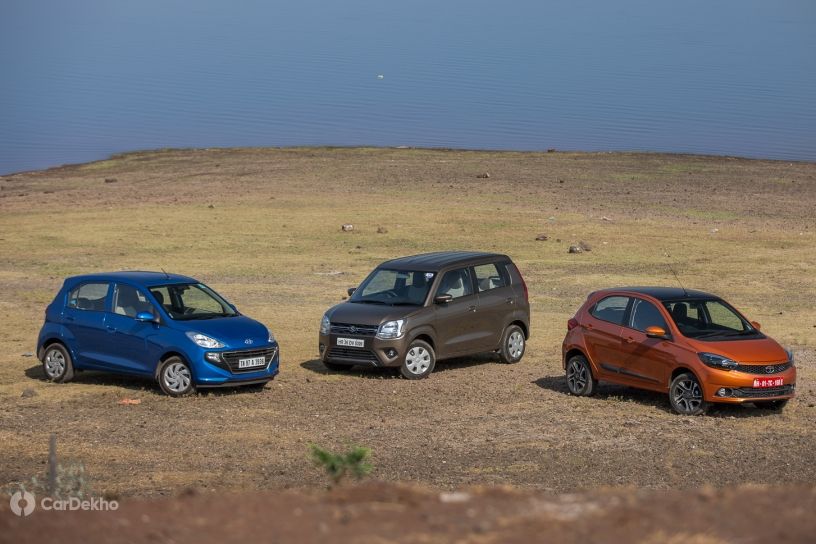 If you are looking to buy your first car, or a second family car for the city, these three cars - the Maruti WagonR, Hyundai Santro and Tata Tiago - would surely have crossed your list. While two of these cars bear what are probably the most iconic small-hatchback nameplates in the country, the Tiago is Tata’s attempt to break the stereotype and offer premium features in an affordable package. As a result, all three cars offer a very different value set which can be suitable for specific set of buyers. Our task today is to find out which of these cars is the best all-rounder that offers the best value for the buck.

All the three cars here offer different set of values. But like we mentioned earlier, we were looking for the best all-rounder which gets the basics of a small hatchback right, and at the same time feels premium enough to keep up with the times. This description is best suited to the WagonR, which wins this comparison and is the best city car here. It offers unmatched space and practicality, and the new engine just rounds off the package perfectly. It doesn't offer as many features as the Tiago, but all the essentials are in place along with the lowest price tag as well.

There are some misses in the package, like the lack of highway confidence and the not-so-powerful AC, but neither are off-putting on a daily basis. If you are looking for a practical, do-it-all, value-for-money city car for the family, the Maruti Wagon R is the pick. And most importantly, while the shortfalls of the other cars - like Tiago’s lack of engine refinement or the Santro’s lazy city drivability - will become a bother in your everyday drive, the WagonR’s shortcomings won't hamper your drive on a daily basis.

If your requirements are more specific, the other two cars do make a strong case for themselves as well. While the Tiago’s lack of engine refinement and jitteriness in ride hold it back, its impressive feature list, handling, and highway performance make for a good all-rounder if you often take road trips. The Hyundai Santo will appeal to you if you are looking for a second car as a city runabout and expect it to offer premium quality. And while the Santro lacks rear seat space, features and more importantly city driveability, the refined engine, best-in-class infotainment and comfortable seats makes for a cabin that you will love to be in.