Ford Ikon to exit from the Indian auto market

Ford Ikon is soon fading away from the Indian roads, once marked as a status symbol but now to every ones surprise, not even a single Ford Ikon was sold in the month of January. The dealers for the sedan has stopped keeping the stock of the 12 year old car model.

As per the sources it has been known that Ford Ikon sales figure showcased a deep turn in its sales from 13 cities due to BS-IV norms. The dealers in BS-III cities have also began to clear its stock and reduce its inventories. The sources also revealed that the car model may discontinue soon. 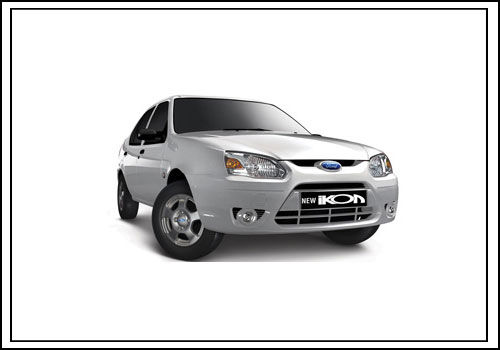 The Ford Ikon model was in manufacturing from 1999 second half and has served the US based auto mobile indigenously. It was mainly developed for the Indian auto market and then was exported to other emerging auto markets. The reason the sedan made a prompt entry in the hearts of the buyers was due to its fun drive factor as well as the price factor. The car was offered in three variants, two petrol and one diesel. However in 2005, the auto giant stopped its 1.7 litre diesel version and 1.6 litre Rocam petro model. While it continued to offer 1.3 litre Rocam model in BS-III cities and also 1.3 litre push rod petro model in BS-II cities. Later in 2008 it again introduced the diesel model Ford Ikon TDCi which now shares the same in its popular hatchback Ford Figo and the sedan Ford Fiesta.

Ford plans a respected exit for Ford Ikon as it will pull down the price of the current sedan Ford Fiesta which will be later called as Ford Fiesta Classic and will mend the gap by launching the new sedan Ford Fiesta. As per the sources it is being learnt that new Ford Fiesta will be launched in the coming three months which is assumed to be powered with 1.6 litre petrol engine more than 110 bhp and also in diesel mill of 1.6 litre with almost 90 bhp. It is assumed to be tagged with a price of Rs 7 to 9 lakh and compete with Volkswagen Vento, Maruti Suzuki SX4, Honda City, Hyundai Verna and the likes.