If there is one season that is quite crucial to the automakers in India, that has to be the festive season towards the end of the year. With festivities around the corner; along with sweets, crackers and chattering relatives, it is also the time to gift yourself a brand new car and plaster a permanent a smile on your face. Why so? That’s because it’s that time of the year when automakers bank a lot on sales by introducing new cars or upgrades. Thus, it’s a win-win situation for the auto fraternity as well as for the buyers.

With compact SUVs already lined up for launch in the latter half of 2016, it’s time for the ‘festive season’ cars to take centre stage. If you are scouting for a new car for yourself or for your loved ones—look no further, as we list down the top five most-awaited cars this festive season with a potential to be your next buy. 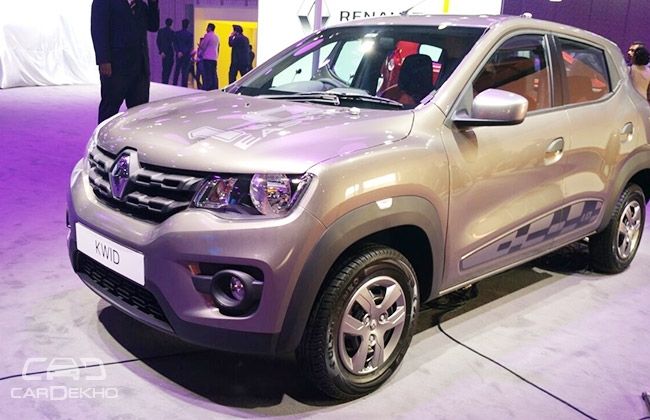 Call it either a hatchback or a SUV-ish small car, this little monster has whipped up a storm within the Indian market. The Kwid is looking to expand its portfolio with a new, more powerful 1.0-litre petrol engine. Not just this, Renault will be introducing the Easy-R AMT (Automated Manual Transmission) as well on this urban drive. The clutchless transmission can be of great help driving around on congested roads.

Its 1.0-litre petrol unit can be a saviour with an impressive 67PS of peak power on offer. This can address the dearth of power issue as the current 799cc motor gasps for more, especially when you push the car around. Apart from these mechanical changes, the interiors and exteriors are likely to remain unaltered. Safety may also be upgraded on this new avatar. Renault could offer dual airbags along with ABS (Anti-lock Braking System) as standard on this variant. Expected to arrive around Diwali this year, this updated Kwid can attract a much larger audience now.

Tata hopes to take the success of the Tiago hatchback further by launching the Kite sedan. Simply it is an extended version of the Tiago. But make no mistake, Tata has done a brilliant job on the Tiago, thus the Kite sedan will inherit the same level of finesse.

Apart from a new rear, this sedan will adorn the Tiago’s exterior with its European styling and prominent character lines. With an extended rear, it will get a massive 420 litre of boot space which is great for small vacations. Stepping inside, its well laid out cabin will be feature-loaded just like the Tiago. On the engine front, both petrol and diesel motors will be on offer. It’s likely to use the 1.2-litre petrol and a 1.05-litre diesel mill from the Tiago.

After spending a considerable amount of time on Indian roads ever since its launch in 2011, Hyundai has finally decided to give the Eon a facelift. With the current version becoming somewhat long in the tooth in terms of design and sales also dwindling a bit, the facelifted version of the Eon will look to resurrect the model back on top of the sales chart. It is slated to be launched around Diwali this year.

Although, Hyundai has kept the new changes under wraps, we can expect the facelifted Eon to adorn Hyundai’s new Fluidic Sculpture 2.0 design language. This could mean an updated grille along with changes at the chin and at the rear as well. On the inside, the dashboard can be equipped with an advanced multi-media unit. On the mechanical front, although, Eon already has a 1.0-litre engine option available (apart from a milder 800cc unit), Hyundai can provide an optional autobox on this hatchback.

Re-introducing the Baleno moniker to India through their premium Nexa channel, Maruti Suzuki has witnessed a tremendous response on this hatchback ever since its launch. As if that was not enough, Maruti now plans to cater to performance enthusiasts as well by introducing the Baleno RS. This sporty hatchback will put on a fancy kit that will include a front lip spoiler, side skirts, a blackened grille and alloys. The black-theme layout will continue inside the cabin as well.

But, that’s not all! The biggest change will be the introduction of the much-awaited 1.0-litre BoosterJet petrol engine which packs 112PS of power along with an impressive 175Nm of torque. As a complete package, the Baleno RS will be a serious contender in the rising hot-hatch category.  Sounds interesting? Well, you will have to wait till Diwali to get your hands on one.

After setting foot in the sub-4-metre sedan category with the Ameo petrol in June 2016, Volkswagen will soon be introducing its diesel avatar around the festive season. With a lot of first-in-class features and a segment-above premium cabin, a diesel engine was the only missing link.

As the car is fairly new, the exteriors and the interiors will remain unaltered. The only update is the diesel mill. It will borrow the same 1.5-litre TDI engine that powers the Polo, churning out 90PS of power along with a notable torque figure of 230Nm. Apart from the five-speed manual gearbox on offer, Volkswagen will also equip its tried-and-tested seven-speed, dual-clutch automatic transmission on the Ameo diesel. With a mix of power, mileage, comfort and space, what else can one ask for?

So, here you go. The above listed cars are the one to watch out for. Keep reading this space for more on the exact launch dates, drives and reviews of these awaited cars, so you get to choose the right one for yourself. Do share your thoughts in the comment section below.