Biggest Hatchback with a 1200 cc engine at least price

THANKS FOR THE INFO - VERY USEFUL AND HELPED TO TAKE THE RIGHT DECISION. 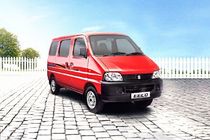