Six months in our long-term test fleet, the Swift diesel automatic has given us a smooth, fuss-free experience overall, except for one niggle 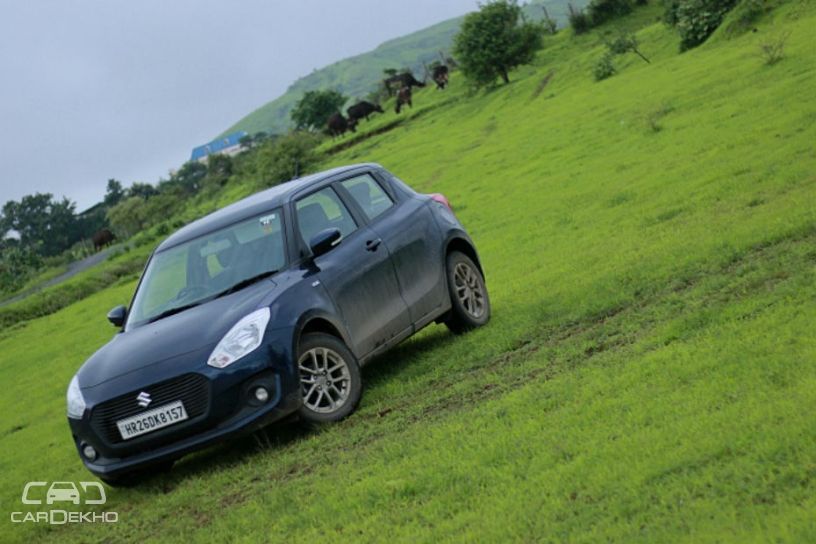 I hadn’t expected this car to grow on me in the manner it has. This, despite the fact that it isn’t the top-end Swift AMT and misses out on goodies such as LED headlamps, DRLs and a touchscreen infotainment system. But then Maruti had introduced the range-topping Swift Z+ version only in August and the Z variant had entered our fleet in March 2018. So, do I miss the feel-good elements that the Z+ get? Not really. Except, maybe, for the infotainment system which also acts as the rear parking display.

In this report, we’ll focus, for the most part, on the Swift’s interior - the li’l things inside the cabin that add to your comfort or hassle over the long run. So let's get down to it by answering a few questions.

How many kilometres has the Swift diesel AMT done so far?

The Swift AMT is my daily driver. It’s what I use to commute to and from work, which is about 40km both ways. In a city like Pune, where roads are narrow and average vehicle speeds hover between 20-30kmph, the Swift automatic has made my commutes less painful.

Agreed, it’s not the smoothest of automatics and you have to deal with those head nods that’s typical of AMTs every time the gears shift. But over a period of time, you either get used to them or, like me, learn how to control them. The trick is to avoid slamming the accelerator hard whenever you want to go fast or overtake. Just keep a light foot on the throttle and that should limit the head nods/jerks.

I also can’t emphasise enough on how useful the creep function has been in bumper-to-bumper traffic. Basically, it lets you crawl ahead in traffic just by lifting your foot off the brake. The Swift AMT also gets manual mode for occasions when you want to take control of the gearshifts but to be honest, I prefer driving in auto most of the time.

Now to answer the initial question, we have recently crossed 10,000km in this car, which means the Swift is due now for its third free service.

What have been the Swift diesel AMT’s service costs so far?

We have got 2 services done: the first one at 1,000km and the second at 5,000km. Since the first two services are free, we haven’t incurred any expenses at all. The Swift’s first paid service begins at 20,000km or 1 year (whichever is earlier) so watch out for our next report where we’ll tell you about our first paid service experience and the costs involved.

How much mileage has the Swift diesel AMT been returning?

While the onboard mileage indicator shows 21kmpl, it tends to swing up and down depending on traffic conditions and individual driving styles. The lowest we’ve got so far is around 16kmpl. Once again, the key is to maintain an easy driving style and go gentle on the accelerator. Our usage has mostly been in the city with occasional drives on the highway and with the AC on at all times.

Speaking of which, the Swift’s AC is quite effective and manages to cool down the cabin quickly. Despite the lack of rear AC vents, I haven’t had anyone complain about the cooling in the backseat so far.

Have there been any issues with the car?

In terms of the mechanicals, none. The car is running smoothly; there are no rattles or vibrations from anywhere. The noise from the diesel engine does seep into the cabin but it isn’t annoyingly loud.

Now, the “niggle” I mentioned about upfront relates to the front driver-side wheel. I had to switch to a spare wheel after the original rim got bent and the tyre suffered a sidewall damage, possibly after it went over a huge pothole. The spare, however, is a smaller, 14-inch space saver compared to the 15-inch wheel that you get as standard. So, they are not as durable as your regular tyre. If you ever have to use a space saver, make sure you use it only for a limited distance, maybe until you safely reach the next puncture repair shop. Also, the sticker over the wheel suggests that you should not drive with a space saver at speeds above 80kmph. Doing so could be dangerous.

The driver seat gets height adjustment but the steering can only be adjusted for rake, not reach. This wouldn’t be a problem for someone my height (5 feet 8 inches) but if you are taller still, a telescopic steering would have let you stretch your legs a bit more. I also found the front seats with its thick side bolsterings comfortable over long journeys. A centre armrest could have enhanced driver comfort but that’s something you can fit from the aftermarket for about Rs 1000.

Another feature whose importance we began to appreciate even more is the rear defogger and the rear washer wiper. They do their jobs of clearing up rearward visibility quite well, especially during heavy rain. However, these are available only in the Z and Z+ variants.

The voice quality from the Swift’s Bluetooth is decent but what I’m more impressed with is how the mic manages to catch sounds even when you’re sitting in the back seat. Watch the video above for a demonstration of this feature.

The black and grey interior of the Swift is a dull place to be in. While black is considered easier to maintain than beige interiors, when they collect dust, it shows. During the rains, the interior and carpet ends up even more soiled and messy. Tip: Keep a pair of shower caps inside the car which you can wear over your shoes to prevent the carpets from soiling.

While the Z variant gets keyless entry, its key fob looks too ordinary. Secondly, to unlock all the doors, you’ll have to press the button on the key fob or door twice. Pressing it once opens only the front driver-side door. Thankfully, there is a workaround to this by changing the default setting on the MID.

To change the door unlock settings, long press the stalk on the right hand side of the instrument cluster. Toggle between the various functions by turning the stalk right to select the one that says DOOR. You can now choose the desired setting by pressing and turning the stalk.

For example, to unlock all doors with just a single press of the button on the door, select

D1 and then turn the stalk right to choose SL1. The default setting is SL2. Once you’ve made your selection, just press the stalk once and a message on the MID screen will tell you if the setting has been changed SUCCESSfully.

The output from the Swift ZDi’s music system is decent, but the old school single line display looks boring and navigating through the various functions can be frustrating. It took me several moments to pair my phone to the system the first time around. Thankfully, AMT buyers now have the option to book the top end Z+ trim, which gets a touchscreen infotainment system, but that will cost you about Rs 80,000 more compared to this variant.

The power window buttons are not backlit except for the driver side so I often find myself groping and pressing the button for the wrong window while rolling them down in the dark.

Secondly, there have been many occasions when I try to close the door from the outside and it just doesn't shut in one go. Somehow, this mechanism seems to lack the reassuring quality that we usually see in German counterparts.

How good is the rear seat space over long drives?

The Swift is ideal for seating 2 people comfortably at the back especially for longer drives. For short drives with the city, you can squeeze in three, provided they are of medium build. There is no centre armrest or a rear AC vent that’s jutting out so the middle passenger gets to sit comfortably.

How is the ground clearance with 4 people aboard?

The Swift has a ground clearance of 163mm. While we haven’t had too many instances driving the Swift with a full house, on the occasions that we did, it has managed to go over big bumps without bottoming out.

Overall, the Swift has made our daily commutes easier and barring some minor bugbears, our experience has been largely satisfactory. In part 3 of this report, we’ll give you a lowdown on our first paid service experience. Also in the pipeline is a tyre rotation exercise, which Maruti recommends at 10000km.

If you have any specific questions related to the Swift diesel AMT, let us know in the comments below and we’ll answer them in our next report.