Published On Dec 11, 2020 By Nabeel for Volkswagen Polo

The Volkswagen Polo hasn't changed much in the past decade. Yes, it has received constant updates but that hasn't changed the core of the hatchback. Should you still buy it today? 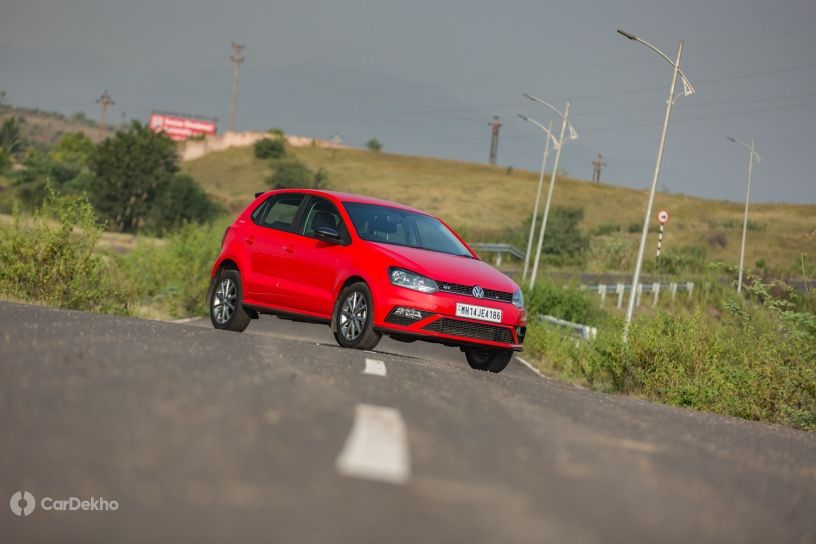 For long, the Polo GT TSI has been the go-to choice for enthusiasts on a budget. It's been fast, fun and safe, aspects that a fun hatchback should have. Over the years, while there have been minor changes to the beloved Polo to keep it relevant with the competition, the essence of the GT TSI has remained intact. However, that essence now stands challenged. A major update has now been bestowed upon the GT TSI in the form of a 3-pot, 1.0-litre turbocharged engine and a torque converter transmission. This replaces its most loved aspect: a 1.2-litre turbocharged engine along with a DSG transmission. Should you consider buying it today?

We have reviewed the 2020 Polo in-depth in its Highline Plus manual variant. For details other than the driving aspect, you can check that review right here. In this review, we will be focusing solely on the powertrain and driving manners. But first, let's quickly see what's different here in terms of looks and features from the Highline Plus.

Volkswagen’s 1.0-litre turbo petrol engine is among the most refined three-pot engines we have driven. It makes 110PS of power and 175N of torque. Barely any vibrations or feedback creeps into the cabin. Even at ideal, it feels more settled than the Hyundai’s 1.0-litre turbo engine. Get going and this motor does take a while to get spinning. But close to 1600rpm is when this motor starts to come alive. And from 2000rpm till the redline, there is a clean and powerful pull. Another good thing about this engine is the fact that it doesn't sound crude. Despite being a three-cylinder, it manages to sound sweet. It's not close to a four-cylinder, but still far away from a typical three-cylinder. This engine features a larger turbo than the older 1.2-litre engine and hence the sudden acceleration which comes as it spools is stronger. This makes it feel more responsive under acceleration.

Credit due here to the transmission as well. This 6-speed unit helps keep the motor spinning in the power band. It holds onto gears for a bit longer but then downshifts to keep you close to 1600rpm. This means every time you put the foot down for an overtake, you have a surge of power waiting. The shifts are quick and while you will barely feel upshifts, the downshifts are noticeable. They feel jerky if you put the transmission in the Sport mode. And this is where the DSG had an upper hand. It felt smooth and sophisticated throughout. However, there is one aspect where this 6-speed torque converter is better than the DSG: consecutive downshifts. This transmission is quick to adapt to rapid speed and throttle changes, an area where the DSG got a bit confused.

There are a couple of things that could have been better. The initial crawl function - the acceleration that comes in after you let go of the brakes - is a bit quick. In bumper to bumper traffic, you often have to get back on the brakes to slow it down. And this makes the drive a bit jerky. Second, there is a bit of a delay in the power coming back after getting back on the throttle. You can work around this delay by getting early on the gas, something that you will get used to.

The Polo GT TSI went through our standard performance test and the result was interesting. It was almost as quick as the older GT TSI. The 1.0L GT TSI manages to get to 100kmph in 10.79s, just 0.18s shy of the 1.2L GT TSI. The kickdown acceleration from 20-80kmph of 6.46s was half a second slower than the older GT TSI (5.92s). In terms of efficiency, the new GT TSI returned 14.05kmpl in the city and 17.69kmpl on the highway, proving to be more efficient than the one it replaces.

The older Polo’s suspension setup wasn't ideal for Indian roads. That is no longer the case with the 2020 lineup. The suspension is now a lot more compliant on bad roads. It feels softer than before. Not just softer, it now has better damping, which keeps it pretty flat over bad stuff as well. As a result, it now feels like a plush German car setup rather than a stiff sporty one. Potholes and speed breakers are dealt with comfort and barely any harshness comes through to the passengers. And the best part about this setup is that it still keeps the Polo fun around the bends.

Combined with the power from the engine, the Polo’s handling will surely impress enthusiasts. It starts with steering which doesn't feel heavy and has good feedback from the wheels as well. Turn into a corner and you know at all times what the car is upto. This comes from the new suspension setup. The Polo feels sure-footed while going through a corner and remains flat through it as well. This inspires more confidence in the driver to have more fun.

So much so that we couldn't help ourselves and pull a few silly handbrake turns and slide through the corners, creating a cloud of smoke -- on a closed off road of course. And that is the speciality of the GT TSI. Makes you do silly things and enjoy your drive, while keeping you in control and comfortable. Even on the highways, the Polo feels well settled and ready to munch miles all day. And with 100kmph sitting at 2000rpm, long road trips are going tobe a lot of fun.

In hindsight, it's good that the Polo hasn't received many changes. If you were looking to buy a feature-loaded and spacious hatchback for the family, it was not the first choice then, and is pretty much not the choice now as well. But for those who appreciate its build quality and driving manners, it still remains almost perfect. Slight improvements like the new suspension setup make it even better as a daily driver. That being said, the Polo should have got a few more features like a rear camera and better infotainment, just to remain “up to date” with its rivals.

If you are looking to buy the Polo GT TSI in 2020... Sure, go ahead. It will excite you as much as it did its owners half a decade ago. But just have a look at the Highline Plus variant once. It might prove to be more value for money than the GT TSI.