PMV EaS-E Goes On Sale At Rs 4.79 Lakh As The Most Affordable Electric Car In India 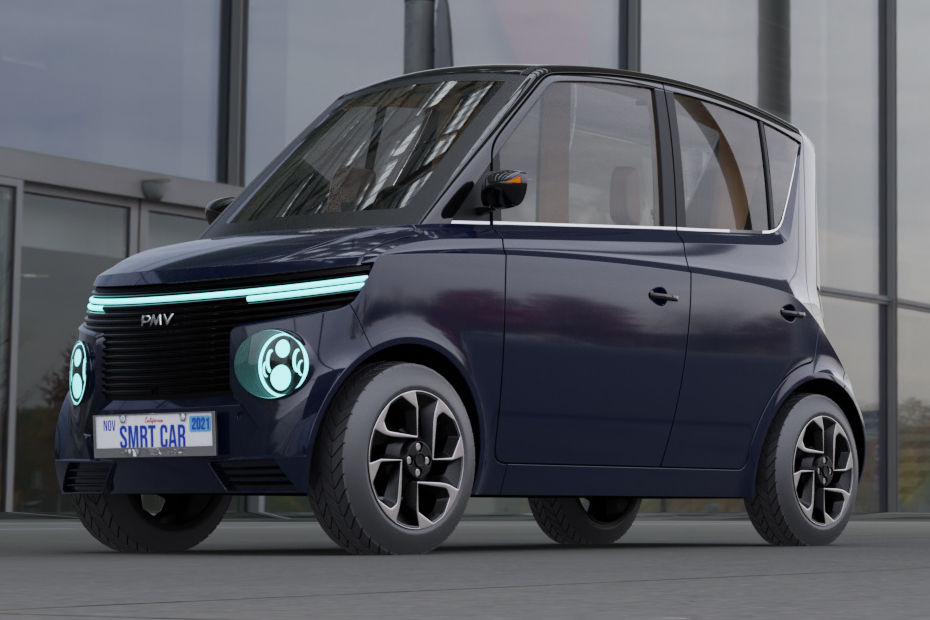 Personal Mobility Vehicles (PMV), a Mumbai-based startup, has just launched its first electric vehicle, the EaS-E, at a starting price of Rs 4.79 lakh (ex-showroom). It has thus become the most affordable electric "car" on sale in India. Bookings for the PMV EV are underway and the introductory prices are applicable to only the first 10,000 bookings. PMV says it has already received almost 6,000 pre-orders for the EaS-E globally including in India.

The EaS-E essentially qualifies as more of a quadricycle than a regular car. At 2,915mm in length, it’s even smaller than the Tata Nano, which measured 3,099mm. It’s a two-seater micro EV (one in the front and one in the back), with the steering wheel located in the middle of the centre console. The EaS-E does get four doors for easier ingress and egress from any side.

PMV has equipped the EaS-E EV with a 48V battery (IP67-rated) and a 13.6PS/50Nm electric motor. It states three range figures: 120km, 160km and 200km, while its top speed is rated at 70kmph. The electric quadricycle can be juiced up between three and four hours.

No Major Compromises On Tech

The EaS-E comes with LED headlights (with an LED DRL strip spanning the width of the front fascia), an LCD screen for instrumentation, steering-mounted controls, a Bluetooth-enabled audio system, remote park assist, and cruise control. It also gets power windows, keyless entry, and many remote functions such as lock/unlock, windows, AC, and lights and horn operation.

Gets A Few Safety Features Too

In terms of safety, the EaS-E gets a driver airbag and seatbelts for both passengers. Other safety features on offer include a rear camera and front disc brakes.

We expect PMV to launch the remaining variants of the EaS-E EV soon. Given its price and positioning, it doesn’t have any direct rivals but serves as an affordable alternative to the upcoming MG Air EV, which is a four-seater, two-door car.

Sir where the battery located backside or front