Published On Apr 07, 2012 By Ritesh for Renault Fluence 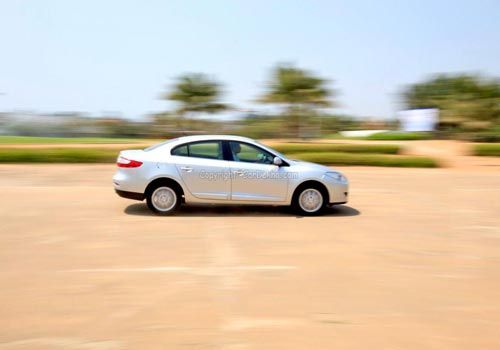 The growing demand for diesel cars off late and a strong customers feedback forced Renault to introduce the top of the line Renault Fluence with an all new heart (engine). Renault just recently launched the Fluence E4 with the 1.5 dCi 110 engine.

The K9K dCi engine family is one of the most versatile engines jointly developed by Renault-Nissan Alliance. The K9K 1.5 dCi engines power a lot of car models from Renault and Nissan worldwide. These cars include the Renault Duster mini SUV and the Nissan Evalia MPV that would be soon launching in India.

We at CarDekho had reviewed the Renault Fluence Diesel just a few weeks back and you can read our comprehensive road test on this link https://www.cardekho.com/road-test/renault-fluence-e4-diesel-fluent-performance-65.htm. The Renault Fluence has always been a very outstanding sedan in terms of overall design. We experienced this ourselves when people watched it with awe during our earlier test. So it is a good thing that Renault has not redesigned or altered its design.

The Renault Fluence Diesel was a fun car to drive when we tested it but the only grouse that we had with it was the lack of outright performance. The initial burst or pick-up in simple terms was missing. Power build up took its own sweet time and only when the turbo kicked in 2300-2500 rpm did the car came to its true pace.

Now you would be surprised, because we definately were, as the initial power delivery is extraoridnarily quick and there is no evidence at all of any turbo lag which could be felt in abundance on the Step 1 dCi engine.

Moreover, the Fluence with the new engine plonked in feels a bit more refined too. Our drive started off from Chennai and en-route to Pondicherry we were to pass many small crowded roads of villages and towns and the beautiful ECR highway which would be a good test for Renaults latest offering.

Things immediately feel different once you fire the new Renault

Fluence E4 Diesel engine. Shift to first and the car chugs ahead in a smooth linear fashion. The power delivery is rapid and instant as compared to the Step 1 older engine. On busy traffic roads you need not constantly play with the gear shifts to stay in the power band but the new engine is much more relaxed and at your service at low speeds. The Step 1 Diesel engine lacked this.

The New Renault Fluence E4 Diesel has a 6 speed manual gear box which is the same transmission that is present in the Step 1 engined Renault Fluence. Gear shifting is slick smooth as before and we did'nt experience any false shifting.  Handling of the Renault Fluence is taut. The steering feedback is encouraging and perfectly weighted for perfect driver’s control. There is some amount of body roll that could be experienced but that is due to the large length of the car. The Renault Fluence has 2703mm of wheelbase while it is 4618mm in length, making it the longest car in its segment.

The Renault Fluence E4 Diesel drives on the same 6.5 X J16 ten spoke alloy wheels with 205/60 R16 Tubeless Radials as the previous version. The suspension set up is also untouched with MacPherson type with coil spring, stabiliser bar and double acting shock absorber in the front and Trailing arm type suspension with coil spring and double acting shock absorber at the rear. In lay man’s language this suspension set up is a fool proof setup for Indian driving conditions.  The suspension is tuned for a very comfortable ride quality and passengers in the rear are benefitted the most. The Fluence irons out the bad roads with ease and provides the best suspension ride in the segment.

On the outside everything is the same with the chrome package still in place making the Fluence look rich. On the inside also, the cabin remains the same, with the dashboard looking as elegant as ever and the fit and finish being of high standards.

Better late than never seems to be the mantra that Renault has been using lately after it launched the Fluence E2 with absolutely no features initially but soon realized the folly and upgraded it to the Fluence E4 Diesel and now with the engine upgrade and spot on pricing makes the New Renault Fluence E4 Diesel one of the best buys in the market if you are looking for an fully loaded Diesel Sedan. The Renault Fluence with the older Step 1 engine also continues to sell but just in the E2 diesel variant along with the E2 and E4 Petrols.