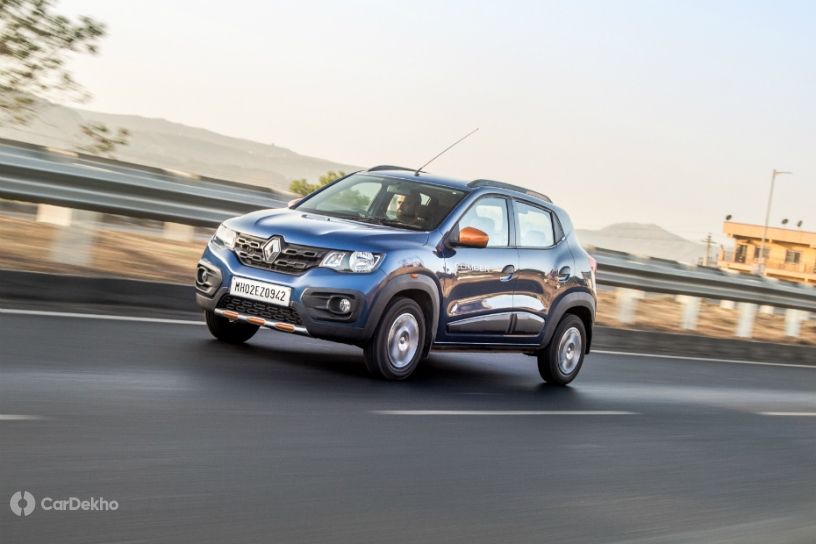 Hopes of saving some money by using the Renault Kwid Climber, at least for daily commutes, have diminished quite a lot.  With an average combined efficiency of only 15.09kmpl, the Kwid has turned out to be no better than the S-Cross 1.6 it was supposed to replace as a daily vehicle. Could a checkup and service make things better? We will only know the next time. The Kwid has been soldiering on without complaints otherwise, even doubling up as the support car during photo/video shoots when our trusty Lodgy was put out of action due to multiple punctures.

While the Kwid may not have been impressive in terms of efficiency, it’s been quite good in every other aspect. From the ride quality, to space, to manoeuvrability and even off-road capability. The multimedia system is a bit slow and the two speakers are tinny but all is forgiven when the reverse camera is engaged and the bright clear image makes reversing easy - even at night!

The engine works best at higher speeds, with peak torque coming in only at over 4000rpm, forcing you to wring the engine to achieve any sort of quick forward momentum. While the engine does not mind being driven at lower speeds in higher gears, progress can be painfully slow - this can be a good thing or a bad thing depending on what sort of a driver you are. In the highly competitive world of the local rush hour, this quality makes you rev the engine more than necessary and thus be less efficient.

The Kwid changed hands recently. Keyur, our executive producer, called in a favour when our trusty camera car, the Renault Lodgy, experienced crippling punctures on two different tyres. With it being too risky to use the Lodgy with its space-saver spare tyre, the MPV was parked till it was given fresh new tyres. Meanwhile, the Kwid became the camera car and has racked up a lot of kilometres - about 3000km in just over two weeks!

The feedback from the producer and photo/videographers who’ve used the Kwid has been mixed. Positives - the compact dimensions made it easier to shoot photos and videos in the city, while the naturally-aspirated peppy engine made it easy to keep up with much faster cars/bikes at legal speeds. Negatives - space to move around. The fact that the boot lip was too tall to put equipment in easily and how quickly the engine ran out of breath on the highway were some aspects that bothered us.

The Kwid’s 180mm of ground clearance and light controls made it surprisingly capable off-road when shooting the Hero XPulse 200 vs Royal Enfield Himalayan comparison review. It tackled the slush and the deep tracks made by trucks en route a quarry without scraping its underbody. Quick steering changes helped catch the slides while the engine didn’t mind being thrashed.

The advent of the monsoon has made me very cautious in the Kwid. No ABS and a single wiper mean emergency braking procedures and visibility on longer journeys cannot be taken for granted. While MY2019 Kwids have ABS as standard, the single front windshield wiper design has been retained. While it does manage to sweep most of the windshield, a big space on the right edge of the screen is left untouched. With dirt and water accumulating, this can lead to a rather large blind spot - in the forward direction! The wiper blade does not clear the engine cover, an overenthusiastic car cleaner could damage it.