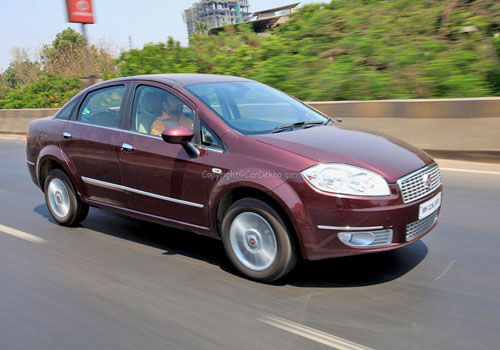 Yes, it has been a torrid time for Fiat for some time in India and there is no denying it but the fact also remains that Fiat makes one of the best cars which are well built and are fun to drive. Well to start off the history of Fiat (Fabbrica Italiana Automobili Torino) dates back to 1899 when the company started in Turin in Italy.

Since then the Italian car maker has been building some exciting and pretty car models. Getting back to the Linea, Fiat got the Linea to the world in 2007 as its world car which in simple English means a car platform/model that would be used across the world (mostly developing countries) for manufacturing sedans and large hatchbacks (Grande Punto is also based on the same platform).

The Fiat Linea was launched in India in early 2009. You can read our full roadtest of the Fiat Linea T-Jet here https://www.cardekho.com/road-test/fiat-linea-t-jet-20.htm . Fiat has not messed with the external design or looks of the Linea, the Linea always was an elegant looking sedan and Fiat has done a justice by not trying to change its design as of now. I have said this before and it still stands true, beautiful Italian styling is very much visible on the Linea from whichever angle you see it.

Dimensions of the Linea remain the same and are pretty large as compared to some of its competitors in the segment, with 2600mm of wheelbase and 4560mm in length. The stretched rounded smooth body panels still make the Fiat Linea look trendy and rich. The soft front end is unmistakably stylish with the parabola head lamps along with the chrome mesh type grill adding the sporty feel.

The air dam too gets the chrome mesh grill. The front fog lamps get chrome linings with grey housing around them. Smooth flowing lines on the bonnet add to the richness of the front profile of the Fiat Linea.

The side profile is the best angle to view the Fiat Linea. It is here that you notice the first change on the 2012 Fiat Linea. The ground clearance has been increased considerably and now stands at 185mm which is at par with the Maruti SX4 which till now had the maximum ground clearance in the segment.

The gap between the wheel arches and the tyres is very visible. So it’s bye-bye to scraping speed breakers and bumping the bottoms on bad roads due to the XXL ground clearance on the 2012 Fiat Linea. The 2012 Fiat Linea gets chrome door handles and chrome insert door strips body moulding.

The doors also get blacked out window frames. The 2012 Fiat Linea drives on 195 / 60 R15 meaty tyres on the Dynamic variant while the Emotion version gets R16 spec tyres. All new designed turbine-blade alloy wheels are also seen on the Fiat Linea T-Jet which looks dynamic.

The rear profile gets the chrome body moulding that extends itself to the rear bumpers. Due to the extra ground clearance, the rear of the 2012 Fiat Linea appears much higher than the earlier Linea. The wrap round large tail lamps with clean flowing smooth lines make the boot of the Linea look very neat. What we missed on the 2012 Fiat Linea is the inclusion of turn lights on the wing mirrors and auto fold wing mirrors which would have added further glitz to the overall package.

On the inside the interiors remain the same but Fiat has upped the plastic quality which now feels rather nice to touch and feel. The seats too feel better cushioned. The seat upholstery is light beige for all variants except the Emotion which gets leather seats. The driver side seat has height adjust with near to perfect visibility.

The steering remains the same with steering mounted controls for audio and Bluetooth calling being standard on the Dynamic too. You also get height adjust on the steering. The leather wrapped steering feels chunky to grip. The gear knob also gets the leather touch on it.

The dash is a two tone affair with a mix of black and beige with silver inserts running across it. The better plastic quality on the 2012 Fiat Linea shows up on the dashboard and door pads which feel less brittle and more solid now.

The instrument cluster is the same as the earlier Linea, stylish and rich with chrome linings on the dials. The Linea gets a single zone climate control with AC vents for the rear occupant’s as before. The Blue & Me Windows Bluetooth connectivity system is also retained on the 2012 Fiat Linea.

On the safety features the 2012 Fiat Linea gets ABS and front two airbags which is now standard on the Dynamic variant. The AC unit is also upgraded with better flow and quick cooling unit now in place. The cabin area of the Fiat Linea took not more than 3-5minutes to cool in the hot 40degrees temperature at noon. Fiat has taken a strong note from the feedback of its customers and implemented the changes on the 2012 Fiat Linea. And not forgetting the large 500liters boot space that can easily accommodate at least 4 large suitcases on your drive.

There is no change on the engine of the 2012 Fiat Linea. The Linea Petrol is powered by a 1368cc FIRE 4 cylinder petrol engine that makes 93PS of power @ 4000rpm. This engine has 209NM of torque @ 2000RPM. A 5 speed manual transmission is mated to this engine.

Start the 1.4 FIRE petrol engine and you realize that this is a rev friendly engine; the driving character remains more or less the same as the older Linea. The gear shifts are precise with no false shifting that was experienced. The clutch feels light and the inclusion of the dead pedal is welcomed.

The 2012 Fiat Linea competes with the likes of the Hyundai Verna, Honda City, Skoda Rapid, VW Vento, Ford Fiesta and the Tata Manza. With this upgrade to the Linea, FIAT has done a timely-much needed-implant that should boost the sales for the elegant sedan.

You also have the T-Jet Linea and the Linea Diesel on the line up to choose from with prices starting at Rs. 6.9 lakh for the Active variant and Rs. 7.9 lakh for the Dynamic version that we tested. The 2012 Fiat Linea with the add on features and long list of new equipment levels and the much needed extra ground clearance now does make a good option if you are in the market looking for a petrol sedan.