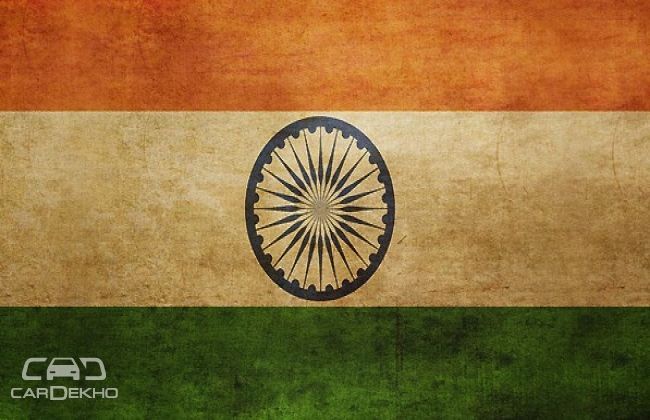 With freedom fighters like Mahatma Gandhi, Shaheed Bhagat Singh and Subhash Chandra Bose having fought for our great nation, the tag of being truly Indian does not come easy. It takes a lot of character to create an impact, start a movement, change the trend and create history. Like the legends, there were certain cars in India, which made a large impact on the population, changing the course of Indian automotive history for ever. Here are the top 10 cars which define the course of Indian automotive history.

In the year 1945, the Mahindra brothers - J.C. Mahindra and K.C. Mahindra along with Ghulam Mohammed began a steel company in Mumbai called Mahindra & Mohammed. Just two years later, India won its independence and Ghulam Mohammed migrated to Pakistan(Pakistan’s first Finance Minister). To accelerate the company’s growth at such a crucial time, Mahindra brothers took a decision to manufacture Willys Jeeps under license in Mumbai under the company’s new name - Mahindra & Mahindra. The American World War II hero started its root in India in 1947 with Mahindra and Mahindra. Willys CJ-3Bs were a huge success in India and were one of the first automobiles to become a part of independent India.

Hindustan had its roots in the country since early 1942. After launching a few products, they finally hit a jackpot with the Ambassador. One cannot simply explain the significance of this car on the Indian population. It literally changed the way India moved. With a span of over 55 years from 1958–2014, the Hindustan Ambassador has been a carriage vehicle, a taxi, a passenger car, official government car, defence vehicle and designer base for automotive designers to play with.

The Padmini was named for a 14th-century Rajput princess. Padmini translates to "she who sits on the lotus" and is suppose to reflect Goddess Lakshmi. It was one of the premier sedans in the country and was a huge hit with the general population. Those who could afford one, had one. With the gear stick behind the steering wheel, the car represented a new class in the Indian automotive market. The car had a span of 36 years from 1964 to 2000. Some of the models are still on the road and out of those, many are being used as taxis.

Maruti 800 was first introduced in India in the year 1983. On 14th Dec during a grand ceremony, Prime Minister Mrs. Indira Gandhi handed over the keys of India’s first Maruti 800 to Mr. Harpal Singh, who won the lucky draw to be India’s first Maruti 800 owner. 2.87 million of these little marvels were produced in India over a period of 30 years. Out of which, 2.66 million were sold inside the country. Rest were exported to South Asia mainly in Nepal, Bangladesh and Sri Lanka.

The first truly Indian luxury car, Hindustan Contessa was first ready in 1982 and after road test and production, the car was finally launched in 1984. To keep the costs low, the car came with the same engine as of its big brother, the Hindustan Ambassador. It was a  50 hp (37 kW) 1.5 L BMC B-Series engine which was slightly modified to fit with Hindustan four-speed gearbox. The car had plush and roomy interiors with a good ride quality. But the 50 hp engine always felt underpowered for the car and could only reach a top speed of around 125 km/h.

Tata Safari marked the beginning of the SUV trend in India. It is the first SUV to be designed, developed and manufactured entirely in India. The SUV initially had a 2.0 litre turbo I4 Diesel engine. The Safari saw its first major modification in August 2005 with a new 3-litre DiCOR engine along with new interiors and exteriors. This 3-litre engine was the first diesel engine from Tata Motors with common rail technology.

The Alto 800 stole the title of best selling car in India from Maruti 800 which in itself is saying a lot about this car. It has been ruling the small car segment for 9 years now and was the largest-selling small car in the world in 2014 beating the Volkswagen Golf in Germany. Maruti sold over 2,64,544 units of the Alto in India last year which shows the trust and support of the Indian customers towards the Alto name. It is small, affordable, durable and one of the only cars which can replace the legendary Maruti 800 in the Indian market.

The REVA has been on sale in India since 2001. It was one of the first EV to go on sale in India. The customer response to the Reva was not massive as it was small, costly and did not have a long range.  On 26 May 2010, Mahindra & Mahindra bought a majority stake in Reva. The company was renamed Mahindra Reva Electric Vehicles Private Limited and Mahindra’s president of automotive business, Pawan Goenka, became the new company’s chairman. The latest Mahindra e2o was launched on July 28, 2015. The car is priced at Rs 5.59 lac ex-showroom Hyderabad for the premium variant and the company claims to sell about 100 e2os in a month.

Tata Nano was specially designed for the Indian market. With the initial price range of Rs. 1,00,000, Tata Nano was made to lure the 2 wheeler customers to the 4 wheeler segment. The car got international attention as one of the cheapest cars in the world but failed to get a good customer response.

Avanti is the first truly Indian sports car. It is produced by DC Design headed by Dilip Chhabria. It was unveiled at the 2012 Auto Expo in Delhi and quickly got a lot of media attention. Powering the car is a 2.0-litre four-cylinder turbocharged petrol engine which produces 250 bhp and is coupled with a six-speed dual-clutch transmission.