Published On Feb 16, 2021 By Nabeel for Volkswagen Vento

Over a decade old now in the same generation, is the Vento still enough car for you to consider buying it in 2021? 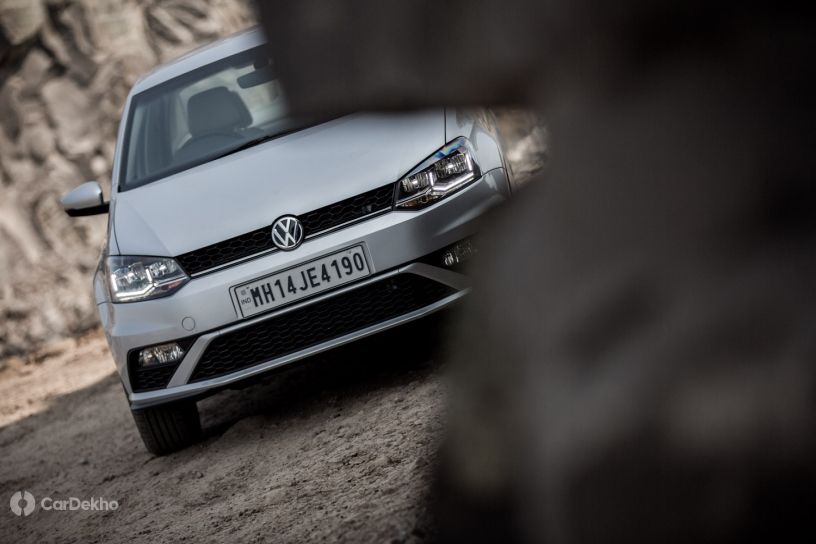 The Vento has been a fairly popular car in the country. And while it might not have sold in as high numbers as some of the rivals, it has been on sale for over a decade in the same generation. This has led to the Vento being a very common car on our roads. And while it has received some cosmetic and feature updates over time to keep it relevant, the essence of the Vento has remained rock solid. Can this new powertrain combination in the BS6 era change things up enough for it to deliver an evolved experience?

The Vento has received no visual updates in the BS6 shift. Well, that statement is not entirely true because it does get a rather boring looking BS6 sticker on the boot, which I assume will be removed in the dealership itself by most buyers. All the other updates it received during last year’s facelift still stand. So you now get a new underskirts for the bumpers, new LED headlamps and DRls and new bumpers. Even with all of these updates the Vento still looks unmistakably Vento. And what that means is that the overall shape and design is still the same, one that we have been seeing for a decade. And that, while still classy, has lost its appeal. Even a new Vento in today’s age, while classy, no longer looks special on the road.

The interiors too remain unchanged. It still is a plush looking cabin with a dual-tone dashboard and beige leatherette seats which feel quite premium. The steering wheel is leather-wrapped as well and feels good to hold. The build feels solid and the fit and finish everywhere is remarkable. However, the hard plastic quality now has started to feel a bit jarring. Overall, the experience of being inside the cabin is a pleasant one.

In terms of features, the Volkswagen Vento offers a mixed bag. What that means is it offers all the features that you need in a compact sedan, but misses out on the more aspirational and highlight features. It covers all the basics like steering-mounted controls, height-adjustable driver seat, tilt and telescopic steering, all power windows with one-touch operation, cruise control, rain-sensing wipers, and automatic climate control. In terms of infotainment, you get a small touchscreen which supports Android Auto and Apple CarPlay, and is paired to a good music system. However, other basics like a digital MID, charging ports for gadgets and automatic headlamps are missing here. And the list feels lacking especially when considering the fancy features which the competition offers, like a wireless charger, sunroof, a bigger and better infotainment screen and ventilated seats. All of these features help the car feel modern and add convenience in the cabin.

The Vento has always been kind to rear seat occupants. Good head, knee room, legroom. under-thigh support along with comfortable cushioning. You could even seat three at the back, provided the middle passengers adjusts with the large transmission tunnel. The same is true for the BS6 Vento as well. What has improved is the ride comfort, which we will discuss a little further ahead in the review. However, considering it’s 2021, the rear armrest should have had cup holders, there should have been a USB charger and not a 12V socket at the back, and sunshades would have been a nice addition as well.

With 494 litres of space on offer, the Vento’s boot will easily accommodate the entire weekend luggage. Three suitcases with laptop bags, no problem.

The new 1.0 litre, 3-cylinder, turbo petrol engine is not new anymore. We have driven the same in the Polo and the Skoda Rapid. And even in the Vento, it remains super refined and harshness-free. In fact, this is one of the only 3-cylinder engines out there which behaves in a very 4-cylinder-like manner. It doesn't sound crude--there is just a mild pulse of vibration on ideal and even at higher revs, it feels strong and sounds... well not bad. Output figures at 110PS and 175Nm are the same as the Polo and Rapid as well.

The low down torque is a bit lacking and the turbo too kicks in post 2000rpm. But a good thing is that this engine is quick to rev post that point and you are hardly ever left waiting for acceleration. In city conditions, the gearbox is quick to downshift and once you cross the 2000rpm mark, the acceleration becomes entertaining. Overtakes are made easy and going for gaps becomes second nature. The in-gear 20-80kmph acceleration took 6.66 seconds, which is impressive. Drive calmly in the city and it returned 12.45kmpl on our efficiency test.

But driving the Vento, especially compared to the Rapid, with the 6-speed torque converter automatic, feels more civilised. And that is down to the gearbox logic. In the Rapid, the 6-speed automatic likes to hold on to the revs for a longer time before upshifting. In fact, the normal drive mode of the Rapid feels like the Sport mode of the Vento. And because of this, the engine was always audible there and the drive, even in city commutes, never felt calm. The Vento’s logic is much more city-proof. It upshifts just at the right time to let the drive remain calm and relaxing. The shifts are still quick, smooth if you are not being aggressive with downshifts, and timely. This could be one of the best torque converters on sale in this price range.

If you like driving with a heavy right foot, you will be glad to know that compared to the older 1.2-litre TSI engine, the turbocharger here is bigger, and hence the boost in performance is larger as well. And that's why once you floor the pedal, the revs start climbing, and they don't hesitate taking you all the way upto the 6500rpm redline. Shift to Sport mode and the gearbox starts to hold higher revs so you never fall below the turbo range. The drama of the acceleration feels more engaging with the engine now being audible in the cabin. VBox showed the Vento doing 0-100kmph in 11.04 seconds, which is marginally slower than the Rapid (10.70 seconds). This performance helps its highway overtake and cruising ability as well. In our test, it managed to return 16.52kmpl while cruising.

However, there are a couple of issues which have been carried over from the Rapid. The initial surge forward that comes while going on and off the brakes in start-stop driving is a bit too strong. And this, in parking spaces and bumper to bumper traffic, becomes bothersome as you have to go back on the brakes to slow the sedan down. And then comes the bothersome lag between going on the throttle and the response from the engine, but this can be overcome by going on the throttle a bit early.

Volkswagen has re-tuned the suspension to make the ride more comfortable. The older setup made the sedan handle better, there was constant communication from the road surface inside the cabin. This meant the broken roads and speed breakers often felt harsh to the occupants. This, especially for the rear passengers, was an issue. Now however, the suspension has been made softer. And not just softer, but more sophisticated. The damping now absorbs most of the harshness of the roads and the Vento now deals with bad roads with the plushness of an expensive German car. The noise from the suspension is gone, and while you can still feel that the road surface, it's like distant feedback, and won't bother you.

The best part of this setup is that it does not take anything away from its fun to drive nature. The handling is still a charm and will bring a bright smile on your face. The Vento remains flat through corners and the steering provides you with enough feedback to be playful on a windy road. The grip from the tyres and and the punch from the engine combined offers you one of the best handling experiences of the segment.

With prices starting from Rs 9.09 lakh and going up to Rs 13.68 lakh, the Vento undercuts its key rivals - the Honda City and the Hyundai Verna - by a good margin. However, they are both in their latest generations and offer a more modern experience in terms of looks and features. The Rapid, however, is less expensive by up to Rs 40,000. The Premium for the Vento can be justified with its better looks, LED headlamps and the better transmission tune.

The experience of the Volkswagen Vento has not changed in 2021. It still offers quality over quantity when it comes to features and mechanicals. However, because we have been seeing it on the road for such a long time, the charm of spotting one is no longer there. And when it comes to delivering a 21st-century sedan experience, it misses a lot of features which still holds back the in-cabin experience.

If you love what the Vento has always stood for - a no-nonsense, mechanically sound sedan - then buying one in 2021 will still make you a happy customer. However, if you are expecting anything else, the competition has moved along.