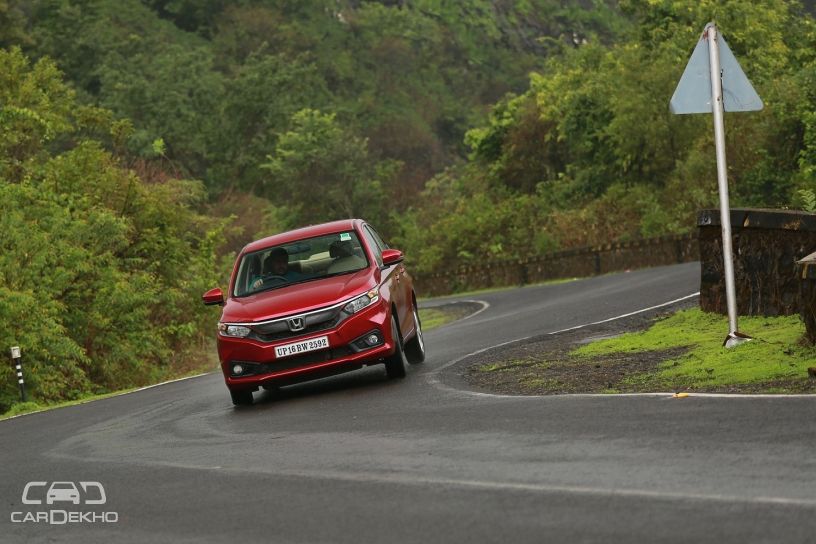 What’s changed on the outside?

What’s changed on the inside?

The Honda Amaze V diesel CVT really shines in the city with a silky smooth transmission and its much improved sound insulation. The space for passengers is nearly the best in the segment as well, making it great for families. The only real downside we see is that to keep its ex-showroom price of Rs 9.0 lakh below the Maruti Dzire’s (Rs 9.43 lakh), Honda is only offering the diesel CVT in the S and V variant and that means it misses out on some creature comforts like the touchscreen infotainment system and a rear parking camera that are available in the VX variant. Overall though, we liked the way the Amaze diesel CVT drives so much that we really have to give it a solid thumbs up if you’re on the lookout for a hassle-free commuter for the city.