Seven Safety Features Expected In All Cars By 2017 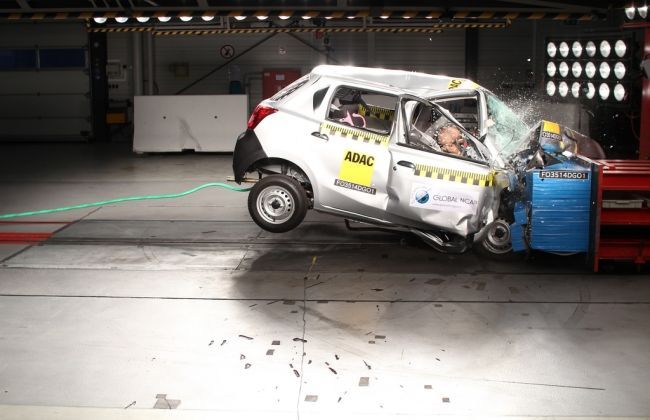 Come 2017 and India will introduce the Bharat New Car Assessment Programme (Bharat-NCAP). It will be designed to promote and conduct independent testing programmes that will assess the safety and environmental characteristics of motor vehicles. Based on the test results, Bharat-NCAP will provide star safety ratings for cars based on how they perform in crash tests, with two passengers in the front and a child in the back on a booster seat.

Come to think of this system as the star rating that we find on most of the heavy electrical appliances these days - more the stars, lighter it is on the pocket. Similarly, for cars, more stars mean more safety in the event of a crash. The government is currently working to carve out a standard set of rules on how these crash tests will be carried out and at what speeds. Before the rules and regulations come into light, we expect carmakers to equip their entire fleet of cars with these seven safety features as standard to maximize the safety ratings.

Not all the cars on sale today offer dual airbags. There are some which get only one airbag in the top-most trim, such as the Renault Kwid, Hyundai Eon and Maruti Suzuki Alto K10, and then there are some where you can’t have an airbag at all, like the Tata Nano and Maruti Suzuki Eeco. This cost-cutting tactic is bound to end as airbags play a vital role in decreasing the chances of a head-injury.

Anti-lock Braking System (ABS) is designed to prevent wheels from locking up in order to avoid uncontrolled skidding under intense braking inputs from the driver. The result is more traction between the tyres and the road, which translates to more control to manoeuvre the vehicle around the on-coming obstacle.

All cars, in all probability, will feature warning beeps if the front passengers haven’t fastened their seat-belts. What’s more is that the seat-belts will be height adjustable for short passengers and will be equipped with pre-tensioners. The most important addition will be the pre-tensionsers, which, in an event of a crash, tighten up any slack in the belt webbing. While the conventional locking mechanism keeps the belt from extending further, the pre-tensioner actually pulls the loose belt.

As the name suggests, it is a system that gives out a warning when the speed of a vehicle exceeds the predefined limit. Rumours are that all the cars will feature speed-limit warning beeps - one at 80kmph and a louder one at 100kmph. While that sounds great, these warning beeps at fixed limits will not be useful everywhere. It will work effectively for highway stretches but city speed-limits are different. At 80kmph, a warning on a national highway will work, but within a city, where cars can barely touch 50kmph, warnings at 80kmph or 100kmph become meaningless. Hence a more dynamic approach would be more effective and meaningful.

Parking a car can be tricky at places, especially where one needs to reverse into the allotted space. This is where reverse parking sensors come in handy. The system guides the driver by increasing the beeping frequency as the vehicle approaches an obstacle. If the surrounding is noisy and the beeps can’t be heard, a radar-display within the cabin gives out a proper reading for the driver to take a judgement call.

It is the international standard for attachment points for child safety seats in passenger cars. In other words, it defines standard attachment points which need to be embedded into cars, enabling the attachment of booster child seats to be safely secured. The set up helps increase the safety of the child in the event of a crash. This system has been mandated in the United States since 2002 and in 2017, we expect automakers to install this safety feature in all the cars they have on sale in India.

An auto dipper is a simple but effective piece of tech that helps to drastically reduce the glare from oncoming traffic. The idea behind it is that if a car encounters traffic from the opposite direction, the auto dipper switches the headlamps in low beam and when the traffic has passed, it brings the headlamp setting back to high-beam to increase visibility on the empty road ahead.

The move to establish Bharat-NCAP comes in after 10 out the 13 cars which were crash tested by Global-NCAP received zero safety rating. All the 10 cars had no airbags and no pre-tensioners in the seat-belt retraction system. The only cars which received 4 star ratings for front passenger safety were dual-airbag versions of the Toyota Etios, Volkswagen Polo and Tata Zest.