Safari On the Rann 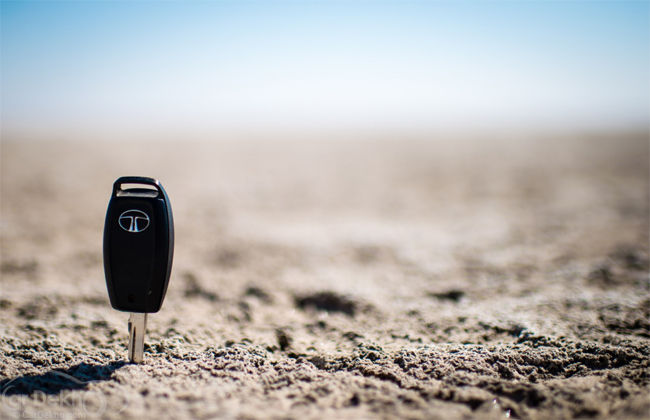 The little Rann of Kutch, a small fragment of land, once used to be part of the Arabian Sea. Over the years, geological forces caused the land and sea to separate, leaving behind featureless plains encrusted with salt that get inundated with water during the rains.

This vast openness is a unique place with unending possibilities of exploration and unforgettable memories. It is also the only haven for the rare and endangered Asiatic Wild Ass.

For a special experience through Gujarat— there is the Kutch experience— which is a four-day expedition beginning from Vadodara, traveling through Gir, Somnath, Dwarka, Jamnagar and finally culminating at Dasada, close to the little Rann of Kutch.

For this trip our ride was the new Tata Safari Storme, which is the refreshed version of India’s first SUV. There were a total of 18 cars including media and support vehicles. The majority of vehicles were Safaris. A few Aria’s and Xenon’s were present as well.

We left from Vadodara at approximately 7am and caught up with the convoy close to state highway 11. It was a long day of driving ahead of us. The first leg of our journey was from Vadodara to Gir and our aim was to get to Gir before they shut the forest gates at 6pm. The convoy left Vadodara and hopped onto State Highway 11 (SH11) for 11kms before joining up to National Highway 228. Being Gujarat the roads are very well maintained and wonderful to drive on. Be it the national highways or the country roads, all of them are well asphalted and smooth. The roads were one of the reasons why we could do close to 425kms at a quick pace.

Along the way to Gir we took a detour onto NH96 through Velavadar National Park, one of the few safe havens for all the species of Indian deer. A single narrow double lane road with vast grasslands on either side ran through the sanctuary. Large herds of Blackbuck were visible in a setting similar to the African Serengeti. As the convoy plugged through the forest we came across a large Nilgai male, the world’s largest antelope, on the side of the road, grazing on some leaves with his herd of females close by. As we left the national park, we picked up the pace again and headed straight for Gir, bypassing Savar Kundla, a small town. GPS would be highly advised as there are three different routes to get to Gir and the small towns and narrows roads are capable of confusing a person that hasn’t been there before.

At the gates of Gir, we got our park permits and got off the paved road on to a dirt track, winding through the forest to a small jungle town called Sasan. In the heart of the forest was a hotel with huge balconies, a swimming pool, a spa and all the luxuries a city wildlife enthusiast can ask for. This was the Gateway Hotel by Taj, our overnight stop at Gir.

The next morning we had an early start with a forest safari. It was a cold foggy morning as we were being driven around the forest in the safari vehicles trying to spot the endangered Asiatic Lion. We got to see one but the lion named Raju, was sleeping on the side of the road and due to the heavy traffic of tourists the forest officers only allowed for a drive by. Apart from the lion we got to see many different species of birds, some chital (Axis deer) and two Sambhar Deer.

Day 2- Another 400km day, journey began after breakfast at the Gateway Hotel. Fourty-five kilometers from Sasan, is the famous Somnath temple. That was our first stop on our way to Jamnagar. The Somnath temple has been re-built 17 times. It is called the “Shrine Eternal” after being looted and demolished by foreign invaders.

It is a Shiva temple and one of the twelve Jyotirlingas. Next stop was Dwarka, Lord Krishna’s kingdom. Along the way we passed Chorvad, the birthplace of Dhirubhai Ambani, and Porbandar, the birthplace of the father of our nation, Mahatma Gandhi.

The coastal road from Porbandar to Dwarka was just fabulous. We did pass by some clean beaches with pristine waters. We drove into Dwarka just as the evening sun hid under the horizon. After the aarti and blessings from Lord Krishna at Dwarka we made our way straight to Hotel Fortune Palace at Jamnagar. It was a late night.

Luckily the next day we did not have an early start. Dasada was just 200kms away from Jamnagar. At this point in the journey the convoy had broken off and members were leaving and driving at their own pace. It was a slow day over all. We reached Dasada by 6:30pm. Our lodging for 2 nights was at Rann Riders resort, one of the best places to be housed at close to the little Rann of Kutch.

The setting was beautiful. Green grass in this dry land, eucalyptus trees, Emus, dogs and horses all running freely. It was honestly a great outdoor location. Even city people enjoyed the ambience of this countryside resort.

The rooms were designed to be huts. Each hut was very well furnished and with a fully functioning bathroom. The food here was as if your mother had gone into the kitchen and cooked it herself. It was filled with Indian spices or extra grease to add the taste factor, it was simple, homely food.

The day we were all looking forward to had finally arrived. We were to drive on the flat ground of the little Rann of Kutch, which could be called as the Indian version of the Bonneville. We made our way from Dasada for about 20kms to the turning off the road to tarmac, just plain hard crusted mud. Its not too hard to get lost on the rann so it is advisable to take a guide along with you. They are usually arranged by the respective lodging facilities around the rann. Even though we did not need to be in four-wheel drive, it is advisable to drive on the rann in “Four-High” so as to prevent any sliding around and uncontrolled drifts, which are easy to get yourself into if you happen to be driving too fast.

The vast open space is very inviting to that Hollywood experience of immediately downshifting and pressing your foot down hard on the throttle and opening up the taps to all the power your car has. No doubt its fun to do but be aware of your surroundings.

The terrain can rapidly change from flat land to slightly vegetated mounds, which needs to be handled in a completely different way. The ideal speed to drive on the rann is anywhere between 60-80kmph, but be careful as what may seem as hard ground may be just hard enough for a human to walk on and may cause vehicles to get stuck. Fuel up before getting on to the rann as there is nothing at all once you leave the tarmac and get on to the flats. We drove about 60kms into the rann before hitting some soft ground, where our wheels were spinning but were not moving forward anywhere close to the speed being depicted on the dashboard.

The more you accelerate, the deeper you sink in. Luckily none of the vehicles did get stuck at any point during the journey.

That afternoon was a relaxed one. People had a choice whether they wanted to visit the ancient sun temple at Madhera or not. We headed to the sun temple but unfortunately ran out of gas 12kms away from our destination and had to be towed to the closest gas station so that we could fuel up. The temple closes at 6pm so it is advisable to get there early.

The Safari Storme that accompanied us on this drive was a great car to have in many ways. The 4x4 was a blessing, even though it was barely used the fact that we knew that our car would not get stuck anywhere was good enough. Comfort wise the Storme has very cozy seating and powerful A/C, capable of dropping the cabin temperature in no time.

The only disadvantage was of the fuel tank, the older Safari is the 50 litre tank capable of doing 430kms on a full tank driving at 80-90kmph the whole way. Fuel up when you get the chance, as close to Dasada there are very few gas stations, and even those may not work or may not have petrol. Overall it was a wonderful drive that gave us many new experiences, stories and some awesome bragging rights to have driven on the Indian Salt Flats. The next trip, the jungle Safari from Delhi to Kanha will be an experience worth trying and will be very affordable.