Mahindra XUV 5OO was launched in Nov 2011 and since then it had a dream run. Though initially 5OO had poor rating from people migrating from the Innovas later on this model has taken up the market in its own segment. Even now with a price range between 13-20L I believe there isnt much cars that can beat the 5OO in style / features or the durability the mahindra engine gives you. I'm not saying its a perfect made car; there are glitches especially in the plastic quality when compared to the Nissans or Hyundais but still this is a real winner in its segment. I have been driving the same for the past 3 years and it's just a great vehicle especially for long drives. I still remember the drive from Trivandrum to Mumbai non stop and the 5OO was just amazing. The engine is so responsive & hassle free to drive. Its really a great build by an Indian Company and people must definitely accept that. I believe the number of vehicles on road now is the proof of its wider acceptance and belief to the company Mahindra which provided us with the Scorpios & the Thars. Well made car. Thanks Mahindra. 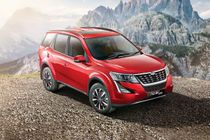