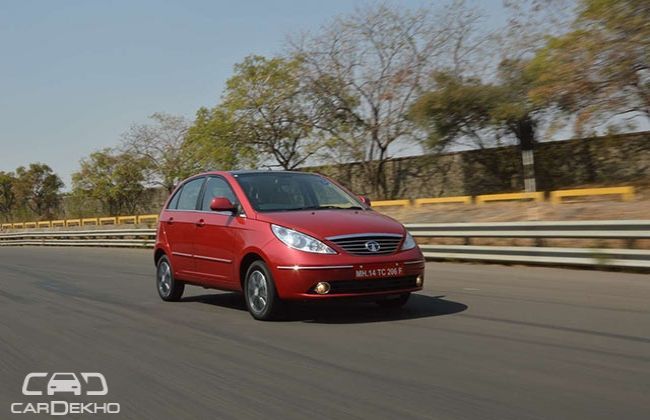 Tata had introduced the D90 variant of the Vista as the new flagship model. This is one of the most advanced Vista, as it didn’t just get a better engine but several upgrades on the inside as well. We get our hands on this Vista for a long term as it became a part of our garage to see how good is this flagship. Read our reports to know more about the Indica Vista D90.

The Tata Indica Vista D90 has received a major upgrade on the inside. The centre console doesn’t boast the instrument cluster anymore. It has been moved ahead of the driver, the centre console now has the smart driver information system that tells you the fuel-efficiency current and average, distance to empty, time and even the ambient temperature.

There are more changes as well. It has a new touchscreen system that is extremely easy to use. It gets satellite navigation, iPod, Bluetooth connectivity in it. Now, this is the ZX+ variant, which isn’t available on the 75bhp diesel. Other upgrades on the Indica Vista ZX+ is the automatic climate control, another feature not even on the lesser powerful multijet.

The satellite navigation uses MapMyIndia software and the Bluetooth can pair up to a total 5 phones, though not all together. There is Bluetooth connectivity, but there is no audio streaming for Bluetooth. Also, most of the times the system doesn’t automatically connect to the phone, despite the Bluetooth being on. These are a few downsides of the music system, however we love the sound of the music system. It is very easy to adjust the music in this infotainment system, thanks to touchscreen.

This upgrade has lead to better driving dynamics for the Indica Vista. The Vista does feel a lot more pliant than before and now it is fun to drive also. The Indica Vista’s steering wheel isn’t that lively, but it isn’t dead and light like other cars. Only thing was if the steering wheel was is a bit smaller and thinner too. This will make it easier to drive in city or even on winding roads. The steering adjustment at the moment has only tilt and it isn’t telescopic.

The biggest selling point of the Indica Vista is its space and its fuel efficiency. With the increase in power of the 1.3-litre multijet, there is no effect on the fuel efficiency. It returns 15km/l with ease in city driving. On the highway, the figure hovers around the 20 km/l mark. It is extremely frugal. We tried our best and pushed the car to the limit, yet the figure never fell below 13km/l, else you keep it on idle for a long time.

The Indica Vista’s 75bhp and 90bhp multijets return similar efficiency and this is where the 90bhp is a bit mill. It has more power without any compromise on the efficiency. The turbo lag is much lesser on the D90 and it is a lot more fun to drive as well. The other good bit of the Indica Vista D90 is that it can cruise on the highway or in the city even at speeds of 50km/hr in the top cog. As there is no struggle from the engine to pull, it will further enhance your fuel-efficiency. In our final report, we will speak of the other reliability parameters of the Indica Vista D90 and share more of our feedback.