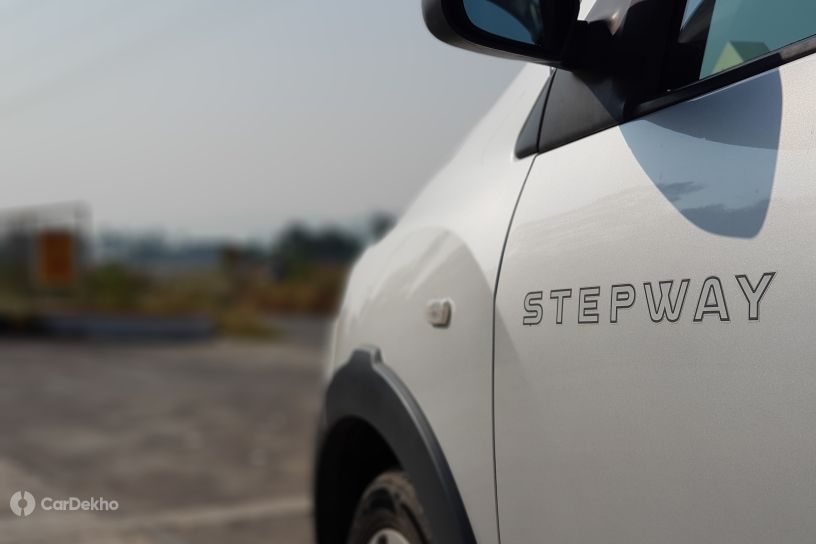 It's seemingly impossible to get a group of friends together for a Goa trip, some even say that the place is cursed. But in my case, it was rather simple as I decided to travel with my family. Out of our long-term fleet, the Lodgy was my go-to choice as it offered captain seats for the parents, a big boot with the third row down, and a driver’s armrest along with a sixth gear to bust the highway blues. Here is how the Renault Lodgy Stepway faired on the 1000km Pune-Goa road trip.

As expected, the Lodgy’s 589-litre boot space with the third row down was more than enough to accommodate our large suitcase, one small suitcase, three laptop bags and a shoe bag. There was some camera equipment in the boot too as the Lodgy doubles up as our shoot car as well. One tip, make sure to recline the second-row seats before you tumble fold the third row as the latter rests on the former.

The touchscreen infotainment system of the Lodgy gets inbuilt navigation, which can be a little tricky to operate, but gets the job done. As a backup, we also had the Zaap mobile holder on the windscreen with Google Maps to show us a more detailed route. And, thanks to the conveniently placed 12V socket, my smartphone never ran out of juice.

Getting into a comfortable driving position was also a little tricky as the steering of the Loggy does not offer telescopic adjustment, and the height adjustment on the driver's seat was busted. But I got used to it in a few kilometres. With all things paired and all aboard, it was time to set sail.

A primary requirement for any road trip in the cabin is storage space to hold snacks. Luckily, the Lodgy offers a lot of compartments for the driver, as well as the passenger. The centre console consists of two cup holders ans was on duty my water bottle and a coffee cup. The open storage was holding my phone or other knick-knacks like spare change and the toll receipts. The open storage in the dashboard too came in handy as the sunshade case and the co-passengers phone was conveniently placed there. For the rear occupants, the storage in the doors for water bottles is a little hard to access, but the trays with cup holders on the back of the front seats is a handy touch. Overall, you really don't have to worry about storage with all your snacks and gadgets finding places in the car beside you.

As soon as I started driving, two things became apparent. Thanks to the weight of the steering wheel, the Lodgy needed quite a bit of effort to manoeuvre in the city. And the heavy clutch took a toll on my left foot in a long crowded drive. But luckily, we were soon on the highway where and the heavy steering became an advantage in keeping the car stable and the clutch did not bother me that often.

On the highway, even the stiffer suspension of the Lodgy became its strength. It kept the 7-seater stable at high speeds and body roll in check to a large extent. On the ghats too, the Lodgy remained surprisingly poised. But, on broken roads, of which there was a long stretch on our trip, I really had to slow down in order for the ride to be comfortable and not toss the occupants around.

Over our trip, the Lodgy returned 15.4kmpl as shown on the MID. In our fuel test, the MPV returned 16.69kmpl. Given that I was driving with the parents at the back and also a bit inside the city, the overall fuel efficiency was pretty decent.

The front seats of the Lodgy are aptly cushioned and did not become uncomfortable for a couple of hundred kilometres. Playing a big part in this is the bolstering which holds you in place and the driver’s armrest which is well positioned to support the left hand. The armrest is only for the driver though and not for the co-passenger.

But, there were some niggles, especially for my parents. Starting with the seats, they are placed so close to the door pads, that my parents couldn't access the storage compartments easily. And hence, we had to make frequent stops and open the door to even take out little items like a water bottle. Also, since the power window switch is placed in the middle of the armrest, I often found myself accidentally rolling down the windows.

One big plus of the Lodgy on the trip was its strong air conditioning system. Though it is a manual AC, the cooling is strong and the blower speed too is commendable. My parents were also very comfortable thanks to a separate blower with individual vents to suit their needs.

Renault cars aren't particularly known for their cabin quality. And this is true for the Lodgy too as the plastic on the dashboard feels harsh. But, that's not the only problem. The dashboard of our long-term Lodgy rattled a lot, especially over broken roads. It was worse while going over rumble strips, thus denting the overall experience

The 1.5-litre powertrain of the Lodgy is punchy. It doesn't leave you waiting for the power to kick in feels refined too with hardly any vibrations on the steering wheel. Keep it in the right gear and it is quick to respond and climb speeds, making overtakes simple. Plus, the 6th gear offers a very relaxed cruising experience as well.

But, on the open roads, you realise that the 6th gear is purely for cruising and you often have to shift down to the 5th, or even the 4th cog in order to pick up speeds after breaking behind traffic. Even for quick overtakes, the taller rations result in you having to drop to 5th to get the Stepway moving. This starts to become a bit irritating as the traffic increases, with the heavy clutch makes matters worse.

Our trip with the Lodgy was a fun one. While the overall space and comfort of the cabin along with the punchy engine on the highways did make the experience comfortable for us, the cabin quality and stiffer suspension did leave us with a bit of a sore. Overall, I would recommend the Lodgy for the road trip, provided the one you would be driving is a new car which doesn't rattle as much as ours.