Published On Oct 07, 2020 By CarDekho for Renault Duster

Should you spend the extra money on the Turbo variant? Or is the 1.5-litre petrol engine more than enough to meet your everyday needs? 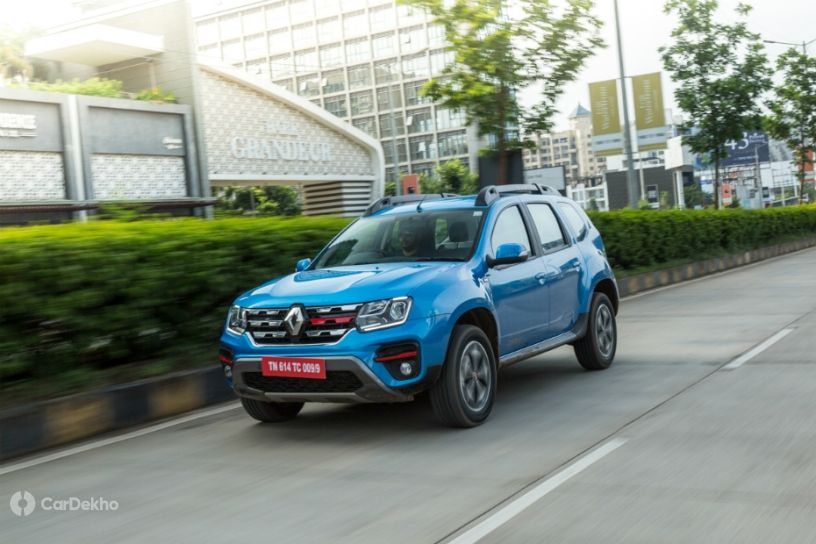 The Duster has achieved a lot in its lifespan. It was the car that started the compact SUV revolution in India and became an unprecedented success in the market. But over time newer rivals have taken away its thunder and the fact that Renault hasn’t come out with the new generation car hasn’t helped its cause either. Save for a minor midlife facelift not much has changed in the eight years of its existence. As a matter of fact, the biggest update the Duster has got was just this year, in form of the powerful turbo petrol engine replacing the fuel efficient 1.5 DCi diesel.

In the BS6 avatar, the Duster is available with two petrol engine options - a 1.5 litre petrol and the new 1.3-litre turbo petrol engine which produces 50 more horses. But the biggest hurdle for this new engine is the price. It costs a whopping two lakh rupees more than the 1.5-litre petrol version. So do the turbo variants have something special worth spending your hard earned money on? Or should you just stick with the 1.5 version of the car?

The Duster Turbo is powered by a 1330cc four cylinder turbocharged engine that makes a healthy 156PS of power and 254Nm of torque, a huge jump over the 1.5-litre motor (106PS/142Nm). In fact, it is more powerful than even the turbo petrol engines in the Hyundai Creta and Kia Seltos.

The first thing that you notice as soon as you start driving the Duster Turbo is just how refined this motor is. You barely hear it at idle and save for some vibrations through the steering and pedals, it is a soothing place to be in. Being turbocharged you do get some throttle lag below 1600rpm but even here this engine doesn’t feel dead and has enough grunt to pull forward without much hesitation. However this motor does tend to stall easily if you release the clutch a bit too quickly, something you have to keep in mind in stop-go traffic. Thankfully, because the Turbo version comes with a start-stop system this issue is somewhat negated. If you end up stalling the car with the system activated, the engine comes back to life as soon as you press the clutch again. Thanks to the slick gearshift and a light clutch the Duster Turbo is quite easy to drive in traffic. And what helps your cause further is the great outward visibility. Even overtaking fast moving traffic is fun thanks to this engine's punch.

Where in the city this engine performs quite well, out on the highway it has the capability of putting a wide smile on your face. Above 2000rpm the engine response is phenomenal and the Duster feels properly quick and exciting. Even visits to the redline are satisfying thanks to the free revving nature of this engine. Long distance traveling is relaxing too, with the tall 6th gear where at 100kmph the engine is spinning at a comfortable 2000rpm. Overtaking too is just a dab of the throttle away because of this engine's punch.

We tested the Duster Turbo and as expected the figures are really impressive. The 0-100kmph sprint just takes 10.2 seconds and even the in-gear acceleration test numbers are quick. Compared to the Seltos turbo petrol manual, the Duster is slightly slower to 100kmph which was expected considering the Renault here is a lot heavier. But out on the road you will hardly notice any performance difference between the two.

Now that we have spoken about the only significant change in the Duster that is the engine, we will sum up the rest of the car in simple pros and cons format.

Overall, the Duster has started to feel old when it comes to interior design and fit and finish, and it also lacks the wow features. But even now the Duster does feel appealing thanks to its rugged styling and phenomenal ride quality. If you want to buy the Duster for daily office commutes and occasional highway driving then we would suggest going for the 1.5-litre engine variants of the car as it has enough power and is a much better proposition.

If you love driving then you should definitely consider buying the turbo version. The powerful and refined petrol motor makes the Duster fast and exciting to drive and it also adds a layer of sophistication in an otherwise simple SUV. If you want convenience then it comes with a CVT transmission option.

What is Hill assist on duster turbo rxz? How does it work?

The Diesel 110 PS Duster failed because of continuous failure of fuel injectors. Will the Turbocharged Petrol model perform better?

What is Hill assist on duster turbo rxz? How does it work?

The Diesel 110 PS Duster failed because of continuous failure of fuel injectors. Will the Turbocharged Petrol model perform better?